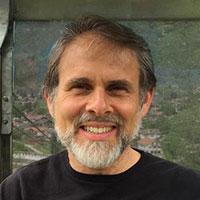 Sam Fleischacker is LAS Distinguished Professor of Philosophy at the University of Illinois in Chicago (UIC), Director of Jewish Studies there, and founder of UIC’s Jewish-Muslim Initiative. He works on moral and political philosophy, and the philosophy of religion. He is the author of eight books, including The Good and the Good Book (Oxford, 2015) and Divine Teaching and the Way of the World, (Oxford, 2011). He taught previously at Williams College and received his Ph.D. from Yale University. He has been a long-time supporter of Americans for Peace Now and the New Israel Fund, and joined the board of Partners for a Progressive Israel in 2015.