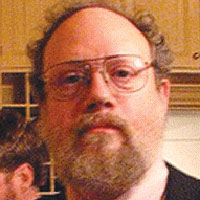 Although I only first heard of Zionism, and in particular left-wing Zionism, in college, I’ve been involved in “the movement” since 1979, when a few of us, at the initiative of a New York-based representative (shaliach) of Mapam and the Givat Haviva Institute, formed a young-adult group associated with Americans for Progressive Israel, an organization formed in the early 1950s, with roots going back to the Hashomer Hatzair Socialist Zionist youth movement. I’d just left Harpur College at SUNY Binghamton, part-way to a degree in Judaic Studies (I completed it a decade and a bit later), and was working in the Big Apple for Interns For Peace / Netzanei Shalom / Bara’am as’Salaam, a New York-based project to bring North American Jews, Jewish and Arab citizens of the State of Israel, together in a number of communities in the Galilee to work on small community-based projects. My time with IFP was well spent; in my “”free time” I got to meet and learn from the folks at API, and a number of them, especially Moshe Kagan, z”l, became my mentors.

What a few dozen of us founded at a retreat in Pennsylvania, and quickly called the “Mordechai Anielewicz Circle of API,” got together in Washington Square Park and discussed politics, history, Judaism and the headlines. We held meetings, shared news items, read books, and reached out to others who were on the left in one way or another, and were interesed in Israel and Zionism. With support from API on one hand and the Dor Hemshech Young Leadership Program of the World Zionist Organization (WZO) on the other, we produced literature and distributed it, met with others involved with Jewish left groups, from Habonim to the Jewish Currents crowd, and others, such as college-age people involved in the formation of the Democratic Socialist Organizing Committee (now DSA). I remember being at a young DSOC conference, and being the only one there with a May Day poster – in Hebrew and Arabic – that was prepared by and sent to us from Israel by colleagues in Mapam! We organized a number of study trips to Israel of and for Jews recently out of college who were interested in learning more about Israeli society, culture and political challenges, and to get to meet people “over there” who shared our concerns. I was involved in organizing a number of those trips, and went on a few. Some of the Anielewicz Circle moved to Israel (“made aliya”), others drifted away, and a number of us stayed involved in Jewish communal life – and API. I’m one of the latter group.

From IFP onward, I’ve been involved, professionally, in the organized Jewish community, from the American Jewish Committee to the Jewish Braille Institute to, from 1987 onwards, the Jewish Labor Committee. For a year and a half, at the request of its editor, the late Morris Schappes, I edited a column, “It Happened in Israel,” for Jewish Currents; founded and edited four issues of The Kibbutz Journal, aimed at college students, for what was then called the Kibbutz Aliya Desk. Beginning in about 1980, I held a number of editorial positions of API’s magazine, Israel Horizons, including Managing Editor, Editor, and Consulting Editor, and penned a number of articles and editorials for that publication, as well as others.

My first visit to Israel was in 1974, when I attended an ulpan on Kibbutz Shfayim for the first half of the year, but my first political trip there was in 1981, when I was part of the U.S. delegation to that year’s World Zionist Congress. The bug bit, and I’ve been to every WZCongress since then. Since then, I’ve also been active within Americans for Progressive Israel, and helped it merge with two other groups into what became Meretz USA, now known as Partners for Progressive Israel.

While when I leave the USA I’m part of U.S. delegations to the World ZIonist Congress, once I register in Jerusalem I’m part of what was back when I started known as the World Union of Mapam, and in recent years known as the World Union of Meretz – a loose association of left-Zionist groups that are, collectively, the left faction within the WZO and related bodies, such as the Jewish National Fund / Keren Kayemet LeYisrael. For my sins, or, rather, for my involvement, I was appointed a few years back to be part of the World Union of Meretz’s faction within the WZO’s Zionist General Council (Vaad Hapoel), which is the body that meets between Congresses. I’ve been able to draft and redraft and help secure passage of a number of useful resolutions at the sessions of the Vaad Hapoel and World Zionist Congresses, which has been gratifying – as has been being able to develop and expand my world of friends and colleagues in many parts of the world who share my interests and concerns.