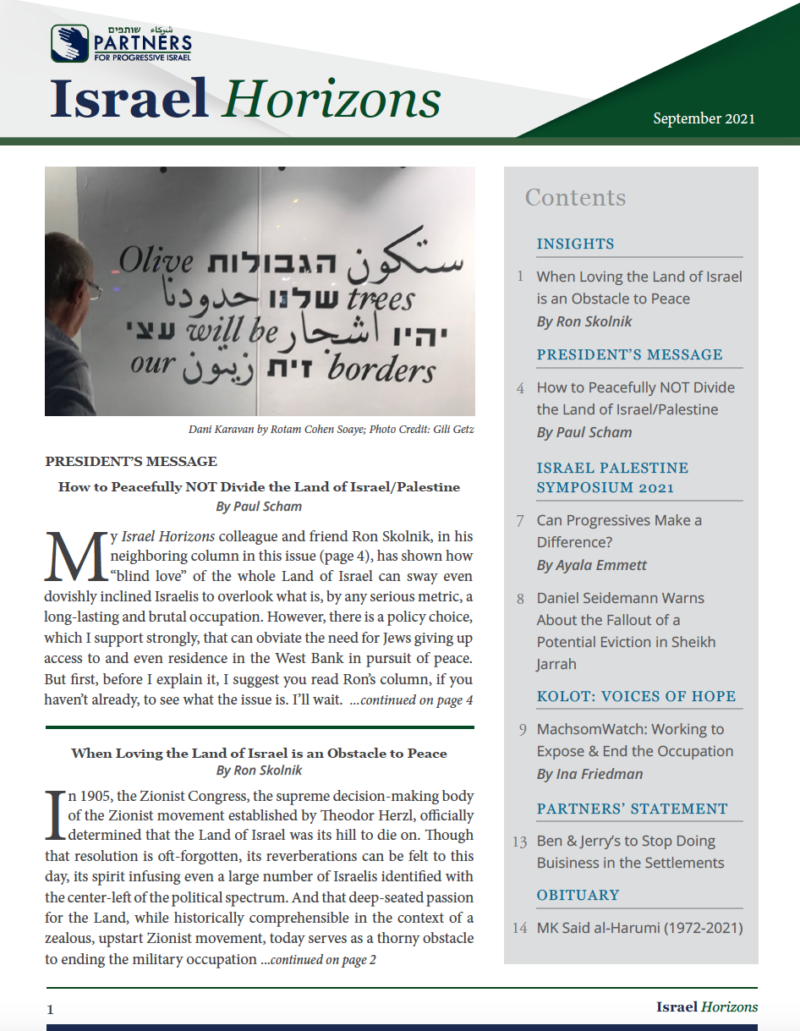 In November 2017, however, Partners for Progressive Israel reestablished Israel Horizons as a web publication coming out 8 times a year. It’s been reinvented as a magazine that informs its audience – principally, but not only American Jews – about the activities, ideas, and issues of the Israeli left and its American supporters. We are glad to continue it today as a platform for information, opinion, and discussion.

Israel Horizons is not a newsletter. Rather, it publishes almost only original pieces about issues and events, analyses of current developments, and book reviews, as well as publicizing upcoming events by Partners for Progressive Israel and of interest to our supporters. We generally have one or two articles by Israelis affiliated with Meretz.