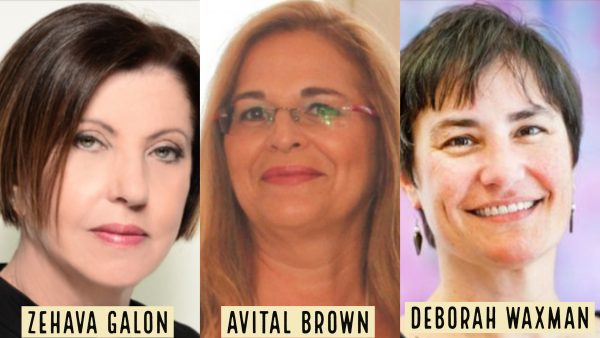 In Honor of International Women’s Day: Women Organizing for a Better Israel

It is a time of great consequence in Israel, a time of concern regarding the status of women. Growing Orthodox religious influence in society and politics has increased the pressure to exclude women from the public square. Violence against women is a continuing plague. And the Israel-Palestine conflict, in which women and girls (as in all armed conflicts) account for the vast majority of those adversely affected, seems no closer to resolution.

Thankfully, Israeli women are rising to these and other challenges – organizing, writing, legislating, and refusing to accept an unacceptable status quo. In honor of International Women’s Day, we will be joined by two such women, Avital Brown of the peace movement, Women Wage Peace, and Zehava Galon, the former head of the left-wing Meretz party and an indefatigable campaigner for human rights.