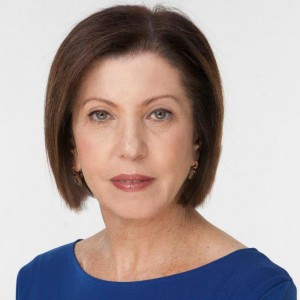 Ultimately, FIFA did not vote on ousting Israel today, but the fact that Israel was in danger of being ousted from participating in international competitions because of the occupation, settlements, human rights violations and racism should teach us that nothing lasts forever.

True, FIFA is perhaps the most corrupt organization in the world (except for the Settlement Division). True, there is a degree of hypocrisy that FIFA would consider ruling against Israel when there are countries that violate human rights more bluntly. True, we are probably not going to make the World Cup in the coming year.

However, Israel cannot continue to bury its head in the sand and say that the whole world is against us. Threatening to “topple FIFA, if it votes against us” or calling Palestinian activities “diplomatic terrorism,” as Netanyahu did, will not help.

In the end, FIFA’s vote was prevented today because Israel agreed to almost all of the Palestinians’ conditions: It promised Palestinian athletes freedom of movement, to stop delaying sports equipment donations in customs, and to consider the construction of stadiums and training fields in the Palestinian territories.

The only condition Israel refused and was eventually left out of the agreement, is the Palestinian demand to prevent the five settler teams from competing.

The negotiations and the agreement bring to light three interesting conclusions:

1. International pressure works. There is no other way to explain Israel’s acceptance of the Palestinian demands.

2. Just like in abandoning the plan to segregate buses, Israeli consent reveals that the government is at best inconsistent and at worst lying about what it calls security needs.

3. The day is approaching in which Israeli society will have to decide whether it is worth sacrificing Israel’s international legitimacy for the sake of settlements.

The fact is that as long as Israel continues the policy of “conflict management,” we will not forever have a veto in the UN or a relative majority in FIFA to save us.  Palestinian international pressure is the direct result of the policies of the Israeli government, which does nothing to bring us closer to ending the occupation and think we can continue to broadcast “business as usual” while millions of Palestinians live under our occupation without basic human rights.

So business is not as usual. The continued occupation and conflict management has a cultural, academic and economic price which adds to blood, bereavement, and the moral decay of our society. Even if today we were not impeached in FIFA, This is a good time to ask ourselves whether we are willing to pay this price.