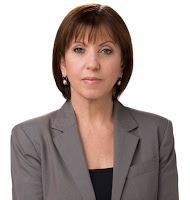 On Monday night Zehava Gal-On was declared the new chair of the Meretz party.  She won majority support of about 950 members of the party central committee with 60.6% of the vote.  MK Ilan Gilon won 36.6%, and Ori Ophir won 2.8%.

In her victory speech, Zehava promised to re-energize the party, and bring back its sharp, smart, brash, against-the-stream spirit.  She said the party would be the party of the Left, and would not court the ‘Center’ or choose its positions based on what was easily marketable.  Y-net sums up her speech with this quote:

Under my leadership, Meretz will bring Israel‘s Left home… it will no longer be a boutique, north Tel Avivian faction. Meretz will translate last summer’s social protest into political power. It will be a true social-democratic party that supports dividing the land (of Israel).

As per her capsule online biography: She immigrated to Israel as a child from Vilnius, Soviet Lithuania in 1960.  She is 56 years old, married with two children and lives in Petah Tikva. She is a veteran political activist and Member of the Knesset, who is much honored and also controversial for her outspoken progressive positions on women’s issues, peace and other matters.