Yesh Din – Volunteers for Human Rights is an Israeli human rights organization that documents human rights violations committed against Palestinian residents of the West Bank living under military occupation. Yesh Din also facilitates their access to justice vis-a-vis the Israeli authorities, and promotes structural change by applying pressure on the Government of Israel to uphold its duties under International Humanitarian Law to protect the rights of the Palestinians as protected persons.

Oct. 11, 2021. Consultation following a High Court hearing regarding the lands of the village of Burqa. For many years, Yesh Din has been legally representing and standing by the residents of Burqa in their struggle to return to their lands. Photo taken by Yesh Din.

Incidents of violence perpetrated by Israeli civilians against Palestinians are a daily occurrence in the West Bank: Between 2018 and the end of June 2021, Yesh Din documented 540 such incidents of settler violence, in which Israeli civilians harmed Palestinians and damaged their property. In less than half of the incidents, however, did the Palestinian victims choose to file complaints with the Israel Police. In fact, in 43 percent of the documented cases, the Palestinian victims cited the following reasons for their decision not to register a formal complaint: Mistrust in the Israeli authorities and the investigative process and concerns about retaliation or the loss of the right to enter Israel for work. To date, out of the 540 incidents, only 12 indictments have been filed; in other words, only five percent of Palestinian complaints resulted in the Israel Police gathering sufficient evidence to hold perpetrators accountable.

Yesh Din makes intensive efforts to expose the prevalence of settler violence against Palestinians, and its severe impact on them. To that end, Yesh Din has published a database of testimonies, called “In First Person.” The database enables Palestinians to describe their experiences in their own voice, along with their struggle to achieve legal remedy from Israeli institutions.

Crimes by the Military and Forcible Home Invasions

In addition to the violent incidents perpetrated by settlers, Palestinians in the West Bank face another challenge – crimes committed against them by Israeli security forces (soldiers and police). Based on Yesh Din’s experience monitoring the military’s investigative authorities, we can conclude that the chances of a soldier who commits an offense against a Palestinian ever facing justice are infinitesimal. The military goes to great lengths to delay and obscure its internal affairs probes and, in the vast majority of cases, the military police does not even open an investigation.

Nonetheless, Yesh Din did record a significant success recently after 11 years of legal work involving a case from April 2010. The incident took place in the village of Bil’in in the West Bank, where, during a peaceful demonstration of Palestinians, Israelis and foreigners, a Palestinian protestor named Imad Rizka was shot in the head from close range with a tear gas canister; the soldier who fired the canister at him had done so in clear violation of open-fire regulations. The canister’s impact caused a skull fracture that required two surgical operations and left Imad with an irreversible injury from which he still suffers.

With the assistance of Yesh Din, Rizka petitioned Israel’s High Court of Justice, demanding that the soldier be prosecuted and that disciplinary action be taken against his commanders for their overall command responsibility for the incident. Following the submission of new evidence by Yesh Din, the Military Advocate General (MAG) this year ordered the reopening of the investigation. Then, just this past November 29, the High Court of Justice issued an order, demanding that justification of the decision not to indict the offending soldier be submitted to the court within sixty days.

Forcible home invasions are one of the most harmful and invasive practices conducted by the Israeli military. Nearly every night, armed Israeli soldiers raid homes, wake Palestinian women, men, and children from their sleep, and carry out various actions inside their private residences. According to UN figures, these invasions occur more than 200 times each month. Without a court order or even any suspicion of illegal activity – as none is needed under the occupation’s military law – soldiers invade the intimate space of innocent families, wreaking terror in the early morning hours.

Since 2018, Yesh Din, together with Physicians for Human Rights Israel and Breaking the Silence, has conducted a project designed to expose and challenge the prevalence and devastating impact of these forcible home invasions. This included a petition filed with Israel’s High Court of Justice demanding that legal warrants be required in order to search the homes of Palestinians.

International Humanitarian Law stipulates that, as the occupying power in the Occupied Palestinian Territories, Israel is under legal obligation to protect and ensure the security and safety of the occupied civilian Palestinian population. Yet, Israeli security forces themselves regularly commit grave human rights violations against Palestinians, and a lack of effective investigations by the relevant military authorities has created a situation in which perpetrators are rarely, if ever, held accountable. This leaves Palestinian civilians throughout the West Bank – protected persons under international law – exposed and vulnerable with no option for redress when facing such offenses. 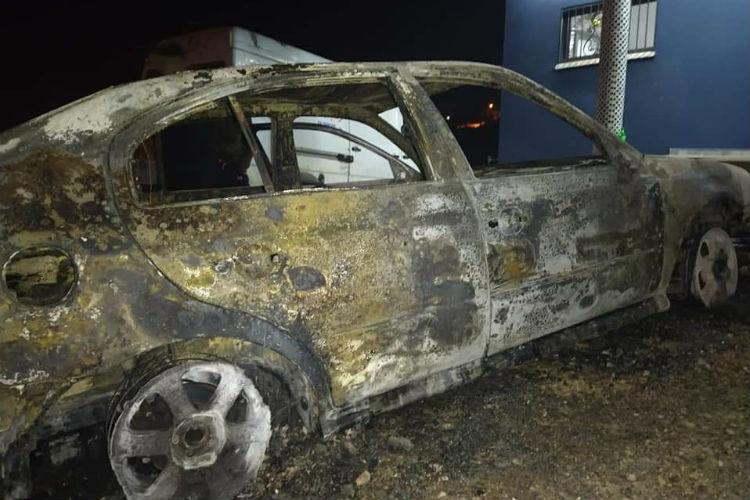 In our access to lands project, Yesh Din represents private Palestinian landowners in their legal battles to return or maintain access to their lands. Since 2017, Yesh Din has witnessed a dramatic acceleration in State-led efforts to take over Palestinian land. This includes not only efforts to formally annex territories in the occupied West Bank, but also to “regularize” (legalize) construction in unauthorized outposts.

Starting in 2011, the government of Israel has undertaken a process of retroactive ‘regularization’ of outposts which had originally been declared illegal under Israeli law – gradually transforming them into settlements which are then regarded as ‘legal’. Since 2017, the Israeli government has intensified its efforts to create legal tools with which to effect this ‘regularization,’ passing the “Regularization Law” in 2017 and forming the Zandberg Committee in 2018 to help implement that law. In response, Yesh Din focused efforts on using legal advocacy to halt this process of creeping annexation. We petitioned the High Court of Justice against the “Regularization Law” (HCJ 2055/17) and ultimately were successful, when the Court revoked the law in June 2020.

In addition to the aforementioned work, Yesh Din hosts information sessions across the West Bank for Palestinian titleholders and landowners. These sessions, facilitated by experts several times each year and attended by hundreds of participants, serve as an entry point for understanding the legal services provided by Yesh Din. 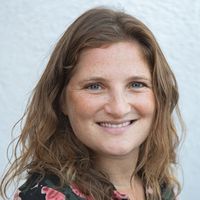 Chanah Dulin is the Director of International Relations at Yesh Din. 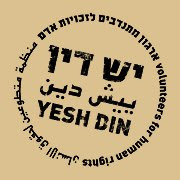 Georgie Nustas is the International Relations Officer at Yesh Din.