What’s Germany got to do with it?

What’s Germany got to do with it?

Israel, November 2015: I was driving in Tel Aviv the day after Israeli Justice Minister Ayelet Shaked (Jewish Home party) introduced her “transparency bill.” The bill requires Israeli left-wing NGOs to wear a badge indicating their organizations receive foreign funding when they visit the Knesset. Completely by chance, I turned the radio to the station “The Voice of the South” in the middle of an interview with a lawyer from the Association for Civil Rights in Israel (ACRI).  What I heard made me so upset I switched the radio off before I heard names of the host or the guest. 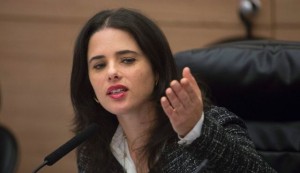 But the gist of the interview was loud and clear: the ACRI representative argued that Shaked’s law masked a campaign against human right organizations since it targets organizations receiving funds from foreign governments rather than all NGOs that receive foreign money. Therefore right-wing NGOs, which receive most of their donations from foreign corporations, charities and individuals, are exempt, while human rights organizations receiving foreign government support are included in the law. The ACRI website dubbed the law the “A law to harm human rights organizations that bother us.” The lawyer further explained that extensive transparency of NGOs already exists in Israel. You can find documents reporting every donation on the website government’s NGO registrar (Rasham Amutot). The law was totally superfluous.

The host, on the other hand, kept repeating the same sentence in response: “The public does not know how much money NGOs like Breaking the Silence, B’Tselem and Adalah are getting from Germany…”

A spectre is haunting Israel – the spectre of G-e-r-m-a-n-i-ya.

I was quite stunned. The host pulled Germany out of his sleeve to counter any rational argument the ACRI lawyer made. “Germany” was his winning ticket. Using Germany, he could effortlessly argue that human rights organization were undermining the state of Israel and serving anti-Semitic forces. He did not need to mention anti-Semitism. “G-e-r-m-a-n-y” said it all.

“Why are you so shocked?,” asked a friend when I told him about the conversation. He reminded me of the Samaria Residents’ Council’s viral video, “The Eternal Jew?,” which depicts the German Herr Strumer directing a Jew to plant false stories about Palestinian babies, the IDF and West Bank checkpoints in exchange for a Euro coin

The video climaxes when the Jew asks “What now?” and Herr Strumer tells him, “Go take care of yourself.” The Jew proceeds to hang himself.

The last scene shows his body swinging from a tree, and we hear a voice saying “The Europeans may seem different to you, but to them… you are exactly the same.” Next to the Hebrew words are the logos of the following organizations: The New Israel Fund, B’Tselem, Yesh Din, Machsom Watch, Rabbis for Human Rights, Peace Now, Breaking the Silence (Shovrim Shtika) and Yesh Gvul.

So I was not surprised when Zehava Galon posted a deamning piece on Facebook proving that Ayelet Shaked’s transparency law is discriminatory against left-wing organizations. Far from it. After all, for Shaked and her people the problem is not foreign money per se. The Israeli public doesn’t need to know how foreign money enters and influences their political system. Most of that money, after all, is “kosher.”  Galon writes:

To Justice Minister Ayelet Shaked: People who live in glass houses should not throw stones.

Ayelet Shaked has been conducting a public relations campaign to delegitimize human rights organizations under the “NGO Transparency Law.”

So we decided to examine the loopholes in the proposed law. We asked the NGO registrar which NGOs have special permission to accept confidential donations.

Surprisingly, we did not get a full answer: Miraculously Im Tirtzu and the Ir David Foundation (Elad), which both receive tens of millions of dollars from confidential donors annually, were not on the list. Moreover, when we examined the Registrar’s annual reports of right-wing NGOs, they don’t even mention that these organizations profit from secret donors. Meaning, these NGOs received official sanction despite the fact that their financial reports do notstate that they have confidential donors or the donation amounts.

Ayelet Shaked warns of the danger of foreign money funding of left-wing organizations and argues that her law, which includes branding representatives of such organizations, is the solution. But now we learn that Shaked believes that some organizations [i.e. those that fund settlements] cannot be corrupted by foreign money. Rather Shaked and her office actively participate in concealing donor identities and the amount contributed to those organizations.

So instead of pretending that her law is about transparency and securing the state, I think Ayelet Shaked should choose either to instruct the Registrar to examine all non-profit funding, or simply call a spade a spade and clearly say that the only purpose of this “NGO Law” is to silence and politically persecute non-profit organizations that do not promote settlements.