We Have a Dream: That the Nation-State Law will be Replaced by Israel’s Declaration of Independence

We Have a Dream: That the Nation-State Law will be Replaced by Israel’s Declaration of Independence

The Nation-State Law hastily passed by the Knesset on July 19th, 2018, is a watershed moment in the history of the Israeli-Palestinian conflict. It has already inspired two mass demonstrations against the law in Tel Aviv, one led by the Druze minority on Saturday August 4, with over 100,000 participants, and the other on the following Saturday night, organized by the Arab Higher Monitoring Committee, the representative body of the Palestinian-Israeli citizens who are 20% of the Israeli population, with over 50,000 participants. In both cases, there was a mass participation of Jewish Israelis, who came to protest against the law and express their solidarity with their fellow Druze and Arab citizens. I was one of them.

I just missed the March on Washington in 1963, so I didn’t get to hear Martin Luther King talk about the dream that served as an inspiration for so many in the civil rights movement. The energy I felt at the two Tel Aviv demonstrations felt like a similar moment in Israeli history, and it inspired me to write the following words on my Facebook page, that received more “likes” and “shares” than anything I have ever posted, reflecting the hope that many people feel:

Last night in Rabin Square at the demonstration organized by the Druze leaders against the racist, nationalistic Nation-State Law, I saw the sun rise in the middle of the dark night, and the emergence of new energy which hopefully signals the beginning of the counter-revolution against our extreme right-wing government, which is rapidly turning Israel into an illiberal democracy.

The Nation-State Law declares that “the Land of Israel is the historical homeland of the Jewish people, in which the State of Israel was established” and “the right to exercise national self-determination in the State of Israel is exclusive to the Jewish people.” It also downgrades Arabic from an official language to one with “special status,” and declares that “Jerusalem, complete and united, is the capital of Israel” and that “the development of Jewish settlement projects is a national value.”

The law contradicts United Nations Security Council Resolution 181 — the 1947 Partition Plan that serves as the basis for Israel’s international legitimacy — which calls for the establishment of two states, one Jewish and one Arab, in the area of Mandatory Palestine.

It also runs counter to the principles of Israel’s liberal and humanistic Declaration of Independence, which states that the State of Israel will “foster the development of the country for the benefit of all its inhabitants; it will be based on freedom, justice and peace as envisaged by the prophets of Israel; it will ensure complete equality of social and political rights to all its inhabitants irrespective of religion, race or sex; it will guarantee freedom of religion, conscience, language, education and culture; it will safeguard the Holy Places of all religions; and it will be faithful to the principles of the Charter of the United Nations.”

Speakers at both rallies harshly criticized the law as anti-democratic, and as creating an apartheid-like situation, in which Arabs are either second-class citizens or simply ignored. The common slogan at both rallies was the call for “equality for all,” and former Shin Bet (General Security Services) head Yuval Diskin, one of the main speakers at the first rally, said simply that “the Nation-State Law should be repealed, and the Declaration of Independence should become the basis of Israeli constitutional law.”

Ah, there’s the rub. Unlike the United States, Israel has no constitution. Israel had a group of very wise and courageous founding fathers and mothers, led by David Ben-Gurion who finalized the formulation of the Declaration and read it out in Tel Aviv on May 14, 1948. He can be congratulated for his leadership qualities, even if he didn’t always internalize the essence of democratic principles. Demonstrations of farsighted statesmanship include his readiness to declare the independence of the state, knowing that it would be confronted with invasion from the neighboring countries, and his decision to accept German reparations as an acknowledgement of responsibility for the Holocaust which saved the Israeli economy, both critical decisions in the history of the country. After he retired he also recommended to then Chief of Staff Yitzhak Rabin not to launch the preventive Six Day War in 1967 without which there would have been no occupation, and after the war ended, recommended that the West Bank and Gaza be returned in exchange for peace.

However he also made two very destructive decisions whose negative impact are still being felt today. He closed the separate labor movement track in the educational system, insisting that it should become a part of the general public school system, while allowing the National Religious educational track to continue. After 1967 this track provided much of the human resources for the settlement movement and the movement of the Bnei Akiva national religious youth movement to the extreme right, while the closing of the labor track had a negative impact on the democratic left.

The second decision was not to finalize a constitution, which would have anchored the foundation of the state in the principles of the Declaration of Independence, and clearly defined the relationship between religion and state. The Declaration actually states that “a constitution (will) be drawn up by a constituent assembly not later than the first day of October, 1948…”, but here we are, 70 years later, and still there is no constitution. In 1948, Ben-Gurion and his colleagues had an historic opportunity to outline the guiding principles of Israeli society, similar to what the American founding fathers did with the Constitution and the Bill of Rights. They didn’t do it, primarily because they were afraid of defining the always fraught relationship between religion and state.

Instead, a series of constitutional laws have been passed over the years which form the basis of Israel’s constitutional infrastructure. The Nation-State Law is the latest addition to this series, and it unfortunately moves Israel further down the road towards an illiberal democracy, part of a global trend which includes Trump’s U.S., Eastern European countries like Hungary and Poland, as well Erdogan’s Turkey, which was a moderately successful secular democracy as recently as the beginning of this century.

Hopefully, the two demonstrations against the Nation-State Law in Tel Aviv are merely the first acts in a successful struggle to return the State of Israel to its more democratic and egalitarian roots and aspirations. It is encouraging that many mainstream American Jewish organizations, as well as the liberal ones like Partners for Progressive Israel, are strenuously opposing the new law. And even a conservative like Ron Lauder, President of the World Jewish Congress, was ready to publish an op-ed in The New York Times criticizing the Nation-State Law under the title “Israel, This is Not Who We Are.” 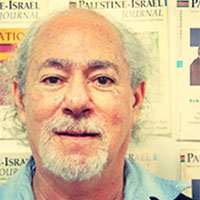 Hillel Schenker is Co-Editor of the Jerusalem-based Palestine-Israel Journal (www.pij.org), a former member of the Meretz Conference, and former Chair of Democrats Abroad – Israel, and lives in Tel Aviv.