There’s going to be a conference at the end of November on “Lincoln’s Unfinished Work” at the campus of Clemson University, in Clemson, South Carolina. I am co-directing the conference, and if I say so myself, it’s going to be a big deal. Vernon Burton, author of The Age of Lincoln, is the chief host, and speakers will include Eric Foner, Randall Kennedy, and a host of other luminaries. Those of you who think that organizing a conference on Lincoln in upstate South Carolina is like calling a rally for the two-state solution in Kiryat Arba will be pleasantly surprised. Come in person, or check it out online.

The title of the conference derives from two famous statements by Lincoln. In the Gettysburg Address, Lincoln spoke of the need to conclude “the unfinished work which they who fought here so nobly advanced.” In his Second Inaugural Address, that greatest of all American political speeches, he spoke in a similar vein: “With malice toward none, with charity for all, with firmness in the right as God gives us to see the right, let us strive on to finish the work we are in.” The conference is less about Lincoln than about his legacy, his unfinished work, and using our prerogatives as organizers, we are extending the scope of the conference to the politics of our own times, when the call for social reconstruction has never been more important.

Ever since I got involved with the conference, I can’t get the famous statement from Pirke Avot about unfinished work out of my thoughts: “Rabbi Tarfon used to say: You are not required to complete the work, but you are not at liberty to stand idly by” (2:16). The text does not specify what the work is, but most see it as an injunction to learn Torah, redeem the Jewish people, repair the world, i.e., any task that is at once both incredibly urgent and impossibly difficult. For the Jewish people today, probably no task is more important than a “new birth of freedom” in the relations between the Jewish and Palestinian peoples. Those of us who have spent large portions of our lives working for Israeli/Palestinian peace know exactly what Rabbi Tarfon was talking about: the more we work at the task, the more unfinished it seems to become.

And when I think about Abraham Lincoln, Israeli/Palestinian peace, and Rabbi Tarfon’s injunction, my thoughts turn to Yitzhak Rabin. The similarity between the two leaders is deeper than the fate that they shared. Both were assassinated by a fellow citizen on the cusp of great changes in their respective societies. Both were victims of political assassinations; there is no need to speculate about the motives or mental state of their assassins. Both were killed by political opponents in transparent efforts to destroy not only a beloved leader but, even more so, the fundamental political change that leader embodied. And, perhaps saddest of all, both assassins were strikingly successful in doing just that. Lincoln was succeeded as president by Andrew Johnson, a deeply racist southerner who was profoundly unsympathetic to the goals of Reconstruction and integrating the newly-freed slaves into the reborn nation, Lincoln’s principal unfinished task. Likewise, many believe that Rabin was the indispensable man for holding the complex and tenuous Oslo process together, and that if Rabin hadn’t been murdered in 1995, Benjamin Netanyahu would never have become prime minister in 1996. Netanyahu followed a similar course to Andrew Johnson, systematically undermining a political settlement he was sworn to uphold but clearly opposed. Recently, at a commemoration on the 23rd anniversary of Rabin’s assassination, Meretz Chair Tamar Zandberg argued that Rabin’s murder “was the best [i.e., the most successful in terms of its consequences] political assassination in history.” On the other hand, the Knesset Speaker, Likud MK Yuli Edelstein, argued that Rabin’s murder had “no historical influence,” that is, Oslo would have failed just as badly as it did even had he lived.

We cannot know how events would have transpired if Lincoln or Rabin had lived. Counterfactual histories have their fascinations, but they cannot answer the questions they pose. That said, the murders of Lincoln and Rabin force us to face identical and equally important counterfactual questions; were Reconstruction and the Oslo Accords doomed to failure? A large body of historical opinion holds that Reconstruction, with or without Lincoln at its helm, could not have succeeded. The federal support for the freed slaves was half-hearted, the argument goes; the ex-slaves did not get their 40 acres and a mule; the military was weak-willed when confronting the terrorism of the Klan; and that when push came to shove the white North just walked away, unwilling to put its political muscle and capital behind an unquestionably difficult-to-achieve program of racial equality.

Similar arguments are made about the inevitable failure of the Oslo Accords: Israel was never really committed to Palestinian statehood; Palestinians never truly accepted Israel; the expansion of the settlements was permitted; the political powers of the Palestinian Authority were too circumscribed or, conversely, it never really tried to catch terrorists; Israel entered into the Accords hoping it would find a reason to renege on its commitments, etc.

These questions cannot be resolved easily. I would just say that what most concerned both the opponents of Reconstruction and of Oslo was that these initiatives would, in fact, succeed, so they did everything in their power to ensure their failure, and that is why Abraham Lincoln and Yitzhak Rabin both died as martyrs. And one of the most important things they recognized and thus feared about Lincoln and Rabin is that both men had the respect and support of a broad range of opinion in their countries. Neither was a radical; both were able to transform their personal politics and ideology to take advantage of the unique opportunity events presented them to correct a tragic flaw in their national histories. Both Reconstruction and Oslo could have had better, more successful outcomes.

The Oslo period was Israel’s Reconstruction Era. With the hindsight of a century and a half we can see how tragic was the destruction of the achievements of Reconstruction. The so-called Second Reconstruction, the Civil Rights Era of the 1950s and ‘60s, addressed some of what happened (or what didn’t happen) during the 1860s and ‘70s, and those results were in many ways noble and inspiring, but it is now painfully obvious that they were insufficient. Voices in recent years have called for a Third Reconstruction, and boy, do we ever need one! And I am confident, though I might not live to see it, that there will be a second Oslo, another time of promise and rapprochement, that will have the potential to overcome the deep and consuming wari­ness of the Jewish and Palestinian peoples to once again have high hopes and raised expectations of the other. And perhaps, even with the best of results, a third Oslo will be needed, some decades after that.

So the point of this sermon is that both Reconstruction and the Oslo Accords could have – and should have – had better outcomes. The American and Israeli political systems, as flawed as they were and are, were indeed capable of transformative change, of rising above their limitations, but powerful forces worked against this and destroyed these chances. But they will come again. And this, I think, is the deeper message of Rabbi Tarfon’s injunction: don’t ignore the possibility of transformative change, even when it seems unlikely. The main thing to remember about genuine reconciliation between Israelis and Palestinians is that it remains absolutely necessary, and nothing short of this will ever solve the problems between the two peoples. And that at some point, one hopes in the not too distant future, this necessary change will again become possible to touch, as it seemed in the heyday of the Oslo years. 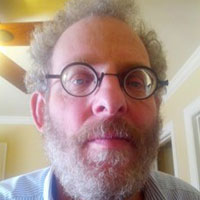 Peter Eisenstadt is an independent historian who lives in Clemson, South Carolina. He is completing a biography of the African-American religious thinker Howard Thurman, to be published by the University of Virginia Press. His first demonstration at the Israeli consulate in New York City against the Occupation was in 1968.