The WZC ELECTIONS – The Hatikvah Slate

The WZC ELECTIONS – The Hatikvah Slate

The Hatikvah Slate
By Hadar Susskind

Hope, even in tumultuous times, is at the heart of our American Jewish community’s engagement with Israel. We struggle, we wrestle, and we often disagree, but we engage and we hope to be able to help Israel move toward a progressive Zionist future.

Part of our struggle is how do we, from here in America, impact what is happening in Israel? The upcoming World Zionist Congress elections offer an unparalleled opportunity to do just that.

From January 21 to March 11 2020, the duration of the election, our progressive Jewish community is going to come together in a way it never has before to make its voice heard.

Partners for Progressive Israel, Ameinu, Habonim Dror and Hashomer Hatza’ir will, for the first time, be joined in the Hatikva slate by a broad range of Jewish organizations. The New Israel Fund, J Street, T’ruah, Americans for Peace Now, the Jewish Labor Committee and others will be adding their wholehearted support to this important effort.

While many people are not familiar with the functions of those organizations, here are a few key points.

This election is an opportunity at a crucial time for Israel.. It is a rare opportunity for the American Jewish community to have a direct and meaningful impact on what happens in Israel, how policies are crafted and implemented, and how Israel relates to American Jewry and the global community.

We also have another opportunity. As progressive Jews, we have the opportunity to make our voices stand out from the crowd. We have the opportunity to show that we are committed to a Zionist vision that includes, not conflicts with, our progressive values.  We support a two-state solution because we support a democratic Jewish Israel and an independent Palestine. We support an Israel that believes in gender equity and in treating foreign workers and asylum seekers with dignity. We believe in an Israel that treats all its citizens with respect regardless of religion, race, and sexual orientation or identity. We believe that the time has come for Jewish religious pluralism in the Jewish state.

All too often our more politically conservative community members claim the exclusive mantle of being Zionists and supporters of Israel. By coming together in power to show our support for a progressive Zionist agenda, we can also help build and demonstrate the strength of the progressive voice within the American Jewish community.

Not too long ago most members of Congress and other elected officials knew only one or two Jewish organizations. Because of that, they assumed that those groups spoke for the entire community. Thankfully, the playing field has expanded and that is no longer the case. But if we want our community and our political leaders, here and in Israel, to work to implement our progressive vision, we need to hold them accountable. And we do so by voting.

We all know that 2020 is going to be a critical year for getting out the vote. Most of us feel that it is an absolute duty, as well as our privilege as Americans, to vote in the crucial election of November 2020.   But I urge you to realize that it is also your duty and privilege as a Jew concerned with the fate of Israel to cast a vote a few months later for a better Israel.  Please join me in casting a vote for our hope, the Hatikva slate, in the World Zionist Congress elections. 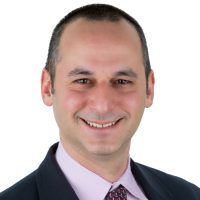 Hadar Susskind is Campaign Director for the Hatikvah Slate.  Hadar has an extensive background as a passionate nonprofit senior executive with two decades of experience in public policy, philanthropy, politics and social movements.