The sweetness beyond problematics of Haredi life

The sweetness beyond problematics of Haredi life 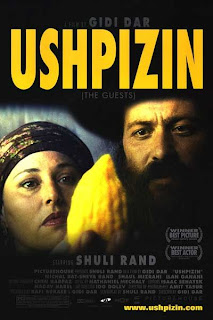 It’s Sukkot, the seven or eight-day autumn holiday (depending upon where you are and whether you consider Simchat Torah part of Sukkot or not) in which religious people eat their meals in a loosely constructed booth (a sukkah) gaily decorated with plant material.  “Ushpizin” (Holy Guests) is a prize-winnning Israeli drama, made a half-dozen years ago, depicting the lives of a Hasidic couple in modern-day Jerusalem.

We liberal Jews have strong feelings about the limited cultural vistas and the political influences that we see on Israeli policies from this quarter–-more in terms of the intrusion of religion into the affairs of state and civil life than on attitudes toward peace-making, where the Haredim are often confused with the national-religious camp. But this film reminds us of the positive spiritual dimension to the Haredi life style.

Dramatic changes of fortune are seen as divine intervention, as an answer to their devotion and a part of their ongoing dialogue with God. When bad fortune strikes, they are rendered bereft not only by the event itself, but also by the notion that they have done something displeasing in the eyes of God or, even more painfully, that their suffering has meaning they cannot fathom in the sacred scheme of things.

The authenticity of the convictions conveyed by the characters goes beyond roles portrayed by actors, for the husband & wife are played by an actual Hasidic couple, and the movie is anchored in a story that the scriptwriter knows to be true. Shuli Rand is both the writer and the star of this film, a real Baal Tshuva, who had left his career in acting eight years before to find a new ultra-Orthodox way of life with his wife. Now, to play a man with his wife, he had to enlist his spouse, Michal Bat-Sheva Rand–not an actress–as a co-star. She performs credibly and sweetly; their mutual love and high regard radiates even as their interactions are filmed entirely without physical contact.

And the humane resolution of a real-life misunderstanding, which Shuli Rand expands upon in writing the screenplay, is a lesson that the world would do well to emulate. When a Hasid (or any profoundly observant Jew) realizes that he has inadvertently wronged another, he meets the wronged person face to face, asking his forgiveness. The wronged party is more or less obligated to absolve the wrongdoer of malicious intent. The confrontation is truly successful if the wronged one’s anger is transformed into good will and may even end with an embrace.

This links to my more complete discussion of “Ushpizin” six years ago. Khag Sameakh!

And here’s a YouTube video of the entire 90-minute film: