The Negev Coexistence Forum for Civil Equality:
Working for Justice for Arab-Bedouin Citizens in Southern Israel
BY ELIANNE KREMER AND SABREEN ABU KAF

The Negev Coexistence Forum for Civil Equality (NCF) is a grassroots organization established in 1997 by a group of Arab and Jewish residents of the Negev/Naqab (Israel’s southern desert region) who were alarmed by the government’s discriminatory policies and practices towards its Arab-Bedouin citizens. To understand why NCF was formed and why its work is so important, a proper grasp of the region’s recent history is necessary.

Israel’s Arab-Bedouin citizens are indigenous to the Negev/Naqab, where they have lived for centuries as a semi-nomadic people, long before the establishment of the State of Israel in 1948. Supporting themselves through dryland farming and herding, they settled mostly in villages linked by kinship systems, which have largely determined land ownership. Prior to 1948, some 65,000-100,000 Bedouin lived in the Negev/Naqab, but after Israel declared independence, most were expelled or fled to Egypt and Jordan, with only around 11,000 remaining in the area. 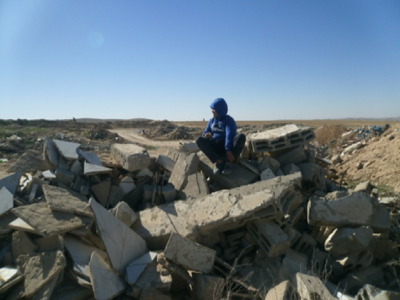 Starting in the early 1950s and until 1966, Israel concentrated the Bedouin in a restricted area, known by the name of “al-Siyāj” (Arabic for “the fence,”) which comprises only about 10 percent of their original ancestral land; the Bedouin, like other Arab citizens, were also placed under a military administration. During this period, entire villages were displaced from their locations in the western and northern Negev and their people were transferred to the Siyāj area.

Most of the Bedouin population lost their lands when Israel adopted the Ottoman and British legal definition of Mawat (“dead,” uncultivated lands) and claimed them as State lands. In addition, Israel’s Land Acquisition Law of 1953 determined that any land not found in its owners’ full possession in April 1952 would be declared State land; this resulted in more Bedouin losing all rights to their original lands. No exception was made for the Negev Bedouin, who were being forcefully evicted from their ancestral lands by the very same Israeli government that went on to become the “rightful” guardian of those homesteads.

Since the beginning of the 1970s, Israel has been conducting an ongoing non-consensual and non-participatory 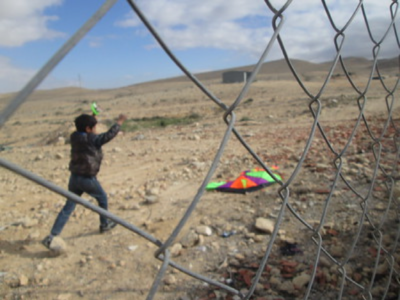 process of forced urbanization of Bedouin communities. Any homestead that is not within those urban frameworks is considered illegal or nonexistent. This is how the Arab-Bedouins in the Naqab suddenly became illegal dwellers on their own lands. In addition, the State’s negligence towards these communities has come with a price: Many lack basic services like clinics, education centers, and infrastructure for transportation. There is also a scarcity of running water, and an absence of sewage and hygiene systems which leads to disease and a state of vulnerability that is extremely hazardous—especially now, during the COVID-19 crisis.

Approximately 258,500 Bedouin citizens of Israel presently live in the Negev/Naqab in three types of localities: government-planned townships, recognized villages, and villages that Israel refuses to recognize (unrecognized villages). There are 35 unrecognized Bedouin villages in the Negev/Naqab that Israel refers to either as the “dispersion” or as “illegal villages,” while calling their inhabitants “trespassers” on State land.

From a more symbolic perspective, a policy of evictions and home demolitions, like the one Israel’s government carries out, is a blatant way of conveying to the residents that neither they nor their culture, history, or traditions are welcome or recognized. This policy is illegal under several international conventions such as the UN’s International Convention on Economic, Social and Cultural Rights (CESCR), which Israel has signed; the convention affirms the “Right to adequate housing” and includes protection from forced eviction and the arbitrary demolition of homes. For housing to be defined as “adequate,” it must be appropriate in relation to the cultural identity of its residents. 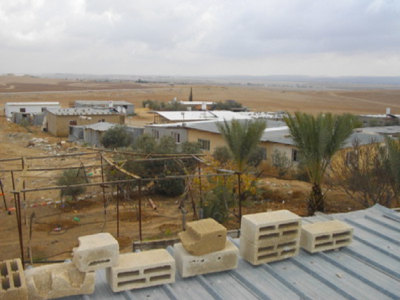 NCF is the only joint Arab-Jewish organization that focuses specifically on the Negev/Naqab, calling for justice for its Arab-Bedouin residents, citizens of the State of Israel. Our vision is that all residents of the Negev/Naqab will live in dignity and in a shared society, where everyone enjoys their human rights, equality, and justice.

NCF conducts three main programs. The first is the Documentation and Bedouin Human Rights Defenders Network. In this program, Bedouin children, youth, women, and men document their everyday life as well as home demolitions, arrests, demonstrations, and the daily impact of State neglect and discrimination. The program consists of three sub-projects: “Yusawiruna – Photographing for Human Rights,” a photography project for Bedouin women; “Through a Child’s Lens,” in which Bedouin children learn to use photography to document their lives and tell their story; and “Recognized,” a project that teaches women, activists, and teenagers to use video documentation to tell their story for advocacy purposes.  All participants of this program take part in building our Bedouin Human Rights Defenders Network.

The second program is our Human Rights Campaign (HRC) and Advocacy, through which we aim to generate political pressure on the State of Israel to change its policies towards its Arab-Bedouin citizens. We do so by conducting research and delivering expert analysis on violations of human rights in the context of national and international law. We also work with Bedouin communities and ensure audio-visual documentation support for these efforts. In doing so, NCF gives exposure, within Israel and abroad, to the plight of Bedouin communities in the Negev/Naqab and brings the subject into public dialogue and political debate.

Our Shared Society Program is our third framework. Through our Arab-Jewish Multaka-Mifgash Cultural Center 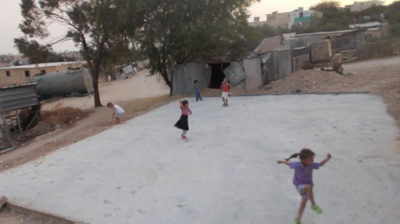 and other activities, this program aims at promoting a socially cohesive society that is stable and safe and where all those living in the Negev/Naqab feel at home. We promote a tolerant society that respects diversity, and everyone’s dignity and human rights while providing every individual with equal opportunities.

In this spirit, all the programs that we run reinforce one another: All research, documentation, and audio-visual materials derived from the Documentation and Bedouin Human Rights Defenders Network program are used for advocacy purposes through our HRC framework. All advocacy efforts are informed by our work on the ground and our close partnership with Bedouin communities. Based on the ‘Do No Harm’ principle, NCF carries out its work to promote and protect the rights of residents in the Negev/Naqab in close coordination with residents’ groups, who are our strongest partners and allies. We also work closely with other civil society organizations, including Adalah—The Legal Center for Arab Minority Rights in Israel and the Human Rights Defenders Fund on international advocacy; and Shatil, Bimkom, the Regional Council for the Unrecognized Villages, Zazim, Sikkuy, and Sidreh on local activism and advocacy. 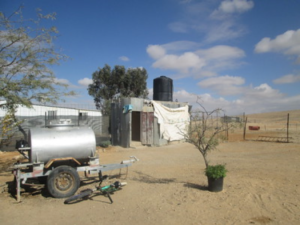 It must be noted that the COVID-19 crisis has magnified and deepened the structural inequalities faced by the Bedouin community in Israel. Paradoxically, despite the state of emergency and the government’s orders for quarantine, the issuance of house demolition orders has not stopped, and hundreds of acres of cultivated fields are still being destroyed. In response, together with 22 NGOs in the region, we initiated an urgent appeal to the Israeli Attorney-General to immediately halt home demolitions; unfortunately, as of this writing, it has met with very little success.

We will continue to support the Arab-Bedouin struggle in the Naqab until the Israeli government comes to regard this community as first-class citizens, and recognizes their land claims, culture, and lifestyle as valid and real. Nothing less will suffice.

Learn more about the Negev Coexistence Forum for Civil Equality on their website. Keep up-to-date with their activities and analysis on Facebook and Twitter and by subscribing to their monthly newsletter. And you can learn even more about the Arab-Bedouin villages by using their interactive online map. 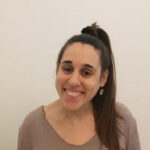 Elianne Kremer is the Research and International Advocacy Coordinator at the Negev Coexistence Forum.