‘The Invention of a Nation’ — A History of Zionism

‘The Invention of a Nation’ — A History of Zionism

The Jews had it much tougher than the other European nationalist movements when it came to obtaining their independence. For one thing, they were scattered throughout Europe, North Africa and the Middle East. 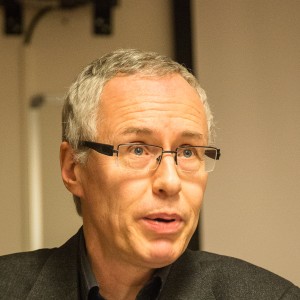 First, the early Zionists had to convince their fellow Jews that they were a people and a potential nation and that resurrecting that nation was the answer to anti-semitism, which broke out throughout the Russian Empire in the early 1880s in a series of vicious pogroms. Then the Zionists had to decide that their nation should be established in Ottoman Palestine rather than somewhere else.

Leon Pinsker, who is normally considered to have been the first Zionist, but was in fact the first Territorialist, argued that the Jews should establish their state anywhere but in the Holy Land. He contended that it was the holiness of the land that had driven the ancient Jews crazy and led to their loss of independence at the hands of the Romans. Theodor Herzl was indifferent as to whether the state should be established in Argentina or elsewhere in South America or in Palestine. But it was the Ostjuden—the Jews of Eastern Europe—who decided for Herzl that the nation-state must be reestablished in Palestine and nowhere else. Debate over what then was called Uganda (today’s Kenya) as a temporary place of refuge from pogroms nearly finished off the infant movement with a split, and contributed to Herzl’s early death from a heart attack.

The Zionists were not the only Jewish nationalist movement in Eastern Europe in the late nineteenth and early twentieth centuries. The socialist Bund, established the same year as the first World Zionist Congress, wanted an autonomous Yiddish-speaking region inside Russia. The Territorialists of Israel Zangwill, who split from the Zionist movement after the Uganda (Kenya) crisis of 1903, wanted to seek approval to establish a nation-state in any territory that any major colonial power would offer them.

Herzl was faced with the task of organizing the Zionists into a political movement whose support he could offer to the great powers in exchange for a charter for Palestine. He spent seven years traversing Europe to meet with the heads of state of the major powers and the Sultan of the Ottoman Empire in a fruitless quest for such a charter. The Hovevei Tsyon (Lovers of Zion) had established chapters throughout Eastern Europe and the United States in the 1880s and 1890s but never managed to rise to the level of a national political movement. Both strategies of political Zionism (diplomatic activity in pursuit of a charter) and practical Zionism (establishing agricultural settlements within Palestine) failed to deliver Palestine to the Jews. So Chaim Weizmann arrived at a synthetic Zionism, a compromise by which the Zionists would both pursue a charter and settle the land.

The next big challenge was deciding upon a language for the state to be created. There were three main candidates: German, the language of the assimilated Jews of Central Europe; Yiddish, the language of the unassimilated Jewish masses in Central and Eastern Europe; and Hebrew, the language of the Bible and of Jewish prayer and ritual. After Herzl’s death, German was quickly eliminated as an option, even though the early Zionist Congresses were conducted in that language. The Jews had a choice between developing a written literature for a widely spoken language, and teaching people to speak a language that no one spoke outside of religious practice. In their rejection of the culture of Eastern Europe, the early Zionists opted for Hebrew rather than Yiddish. This was a fortunate choice as it made the assimilation of Oriental Jews, the Mizrakhim, much easier than if they had had to learn a completely foreign language. It eventually would also make it easier for Palestinian Arabs to communicate with the Jews by learning another Semitic language rather than a hybrid language from Europe. During the First Aliya, Eliezer Ben-Yehuda set about reviving Hebrew as a modern spoken language.

Weizmann and Vladimir Ze’ev Jabotinsky collaborated during the First World War by bucking the World Zionist movement and placing all their bets on an Allied victory.  Jabotinsky established a Jewish Legion of several battalions that participated in the conquest of Palestine from the Ottomans in 1918. Weizman won the Balfour Declaration that placed the British Empire squarely behind the establishment of a Jewish national home in Palestine in November 1917. With the establishment of the League of Nations in 1919, Britain won the mandate to administer Palestine on behalf of the Zionist movement with the Balfour Declaration as part of the terms of the mandate. As soon as the British separated Transjordan from the rest of Palestine in December 1922, the partnership of Jabotinsky and Weizmann broke down and the two became bitter rivals, although both continued to place their bets on London.

The Zionists then had to decide what type of country their new state would be: an agricultural country with a socialist state-run economy and autonomous Jewish cooperatives, or a capitalist country with a mixed economy based on both manufacturing and agriculture.  The early Labor Zionists developed different theories justifying Zionism in socialist terms and developing an ideology of redemption through agricultural labor, developed by Aaron D. Gordon. This led to the historic divide between Labor Zionism and the Revisionist Zionism of Jabotinsky.

Jabotinsky was convinced that in order to accommodate the masses of Eastern Europe endangered by the rise of anti-semitism, a capitalist economy was necessary. But because most of Jabotinsky’s followers lived in Eastern Europe, especially in Poland and the Baltic States, and the Labor Zionists controlled the immigration certificates, Jabotinsky and the Revisionists lost out. Zionism remained largely a social democratic movement for the first generation after independence.

An anomaly of Jewish history was that the Orthodox establishment accepted that the Jews were a people, rather than a mere religious community. But it rejected Zionism because they believed that it was blasphemy to attempt to bring about Jewish national redemption without the Messiah’s intervention. The one major exception was Rabbi Avraham Kook who developed an ideology of religious Zionism based upon seeing the secular Zionists as God’s unwitting instruments of redemption. Kook became the ideologue of the Mizrahi movement, the forerunner of the National Religious Party and today’s Jewish Home party.  This defines the differences between today’s (Orthodox) religious Zionists and the non-Zionist, even anti-Zionist, ultra-Orthodox currents in Israel today.

The final pre-state ideological development was caused by Britain’s abandonment of the Balfour Declaration in May 1939 in response to the failed but bloody Arab Revolt. Jabotinsky lost influence to the radicals of Beitar and the Irgun Zvai Leumi in late 1938, with the triumph of Menahem Begin, Avraham Stern, Natan Yellin-Mor and Israel Eldad. The split was patched over for two years until Jabotinsky’s death of a heart attack in New York in August 1940. This led Avraham Stern to openly split away from the Irgun to form what eventually became Lehi, after his own death in February 1942. Jabotinsky spent his final six months in America trying to recreate the Jewish Legion of World War I in a larger form. He was posthumously successful with the creation of the Jewish Brigade in late 1944, which ironically was taken over by the Labor Zionists.

Dieckhoff differs from previous chroniclers of this familiar history by combining both historical narrative and a discussion of ideology. Unlike previous works on Zionism — like those of Arthur Hertzberg, Walter Laqueur and Gideon Shimoni — Dieckhoff makes no attempt to be comprehensive. Rather than examining all the major theorists of a particular strain of Zionist ideology, Dieckhoff decides which theorists were most crucial in meeting the challenges that historical circumstances placed before the Zionists.

After a quick discussion of the nineteenth century proto-Zionists, he focuses upon Pinsker and Herzl. He then briefly discusses three major Labor-Zionist theorists (Ber Borokhov, A. D. Gordon and Nahman Syrkin), before reviewing the challenge of reviving Hebrew and Zionism’s uneasy relationship with Orthodox Judaism. Finally, he examines at great length the ideology of Vladimir Jabotinsky, as well as briefly that of Avraham Stern. Anyone who reads this book [not widely available at this time] will not only better appreciate the challenges that the Zionists faced, but also the main ideological influences in Israel today, which he examines in a final chapter on post-Zionism and the Likud version of Revisionist Zionism.