The First Rule Is: Do No Harm

The First Rule Is: Do No Harm

The First Rule Is: Do No Harm
By Paul Scham and Mark Gold

The following op-ed was published in Jewschool on September 21, 2021

On September 2, the Keren Kayemet LeYisrael/Jewish National Fund (KKL/JNF) Board of Directors voted to accept a budget approval resolution that includes a multi-year provision to spend up to NIS 100,000,000 (about $31 million) to register with the Israel Land Authority a portfolio of about 17,000 land parcels in Israel, East Jerusalem, and the West Bank, with file dates running from before 1948 and after 1967. Registration is essential to make ownership rights enforceable under Israeli law.

We are both active in Partners for Progressive Israel, an American NGO affiliated with the American Zionist Movement and the Word Zionist Organization, which has followed this resolution closely. We are very concerned about its potential to significantly damage relations between Jews and Arabs in all the areas where land registration is set to take place.

It should be noted that these proposed registrations are unconnected to the current proceedings regarding properties in Jerusalem’s Sheikh Jarrah neighborhood, but likewise, if carried to completion, could result in the eviction of Israeli citizens as well as West Bank Palestinians from their homes. The Sheikh Jarrah proceedings are deeply unsettling and fundamentally unjust, and the KKL/JNF must make all efforts to avoid similar eviction proceedings.

The KKL/JNF was established 120 years ago at the Fifth Zionist Congress to facilitate Jewish land ownership and development in what became Israel, when Jews were a tiny minority. It began its work under Ottoman rule, played an important role in the development of the Yishuv during the era of the British Mandate, and continued its development efforts after Israel’s independence. This has included welcome afforestation campaigns, but also widespread efforts to erase the memory of the 400 Palestinian villages left depopulated after 1948 and other actions hostile to Israel’s Palestinian citizens. Although this has been a thread throughout its history, in recent years it has become particularly identified with preventing essential expansion of overcrowded Arab towns and restricting land for Jewish use only.

The September 2nd budget raises troubling questions. How is it that the KKL/JNF has claims over thousands of pieces of land that remained unregistered, in some cases, apparently, for many decades? Under what procedures and under whose authority were the lands acquired?

These questions are not merely academic. Earlier this year, Ha’aretz disclosed unauthorized and potentially illegal JNF/KKL land acquisitions in the West Bank. On Sept. 2, Ha’aretz’s report on the vote further noted that among the files to be registered are cases in which sales documentation is missing. In certain cases, transactions are yet to be completed but nevertheless are being included in processes for registration. KKL/JNF has put the cart before the horse. The organization clearly has substantial problems of operational control. It should have put its house and its files in order before proceeding further, which must include greater transparency as well as a change of ethos that belatedly recognizes that Israeli Palestinians are citizens of the state and not its enemy. We have no idea what is contained in the 17,000 parcels, but they should be scrutinized carefully to ensure that reopening them would serve the public interest today, not a vision that sees every dispossessed Palestinian as a victory for the Jewish people.

Since the decision to initiate registrations has now been approved, our concern is that the Board conduct its administrative processes clearly, effectively, and transparently, as basic justice demands. With respect to the registration process for each property the Board plans to initiate, evidence must be presented proving that the land was acquired properly under KKL/JNF procedures and approvals and legally under governing authority and law. A report should be prepared for the Board detailing and documenting this evidence. The Board should then attest for every property it seeks to register that the parcel was acquired according to authorized procedures and existing law. The report and the attestations should be made freely available to the public in the interests of transparency. But perhaps above all, the process should included an explanation for every recommended action, why is it in the public interest of the citizens of the State of Israel today.

Finally, we must note that it is virtually certain that some of the land the Board seeks to register will have occupants who have made use of the land during the period the KKL/JNF claims remained unregistered. We believe it is essential that all such occupants be treated fairly and with sensitivity.

While these may appear, on the surface, to be arcane real estate matters being carried on under the Byzantine auspices of these “National Organizations” that few in Israel, and even fewer abroad, are familiar with, the Sheikh Jarrah protests, and the international interest they have garnered, have displayed for all to see the fundamental unfairness of many of Israel’s long-standing land processes. The events of 1948 are not the issue. Rather, long-delayed land registrations, which no longer concern the original owners and that could potentially lead to evictions of long-standing tenants, are in no way connected to Israel’s national security. They can, however, represent a danger to the country as a whole if they come to pit the instruments of the Jewish State against its Palestinian minority, unnecessarily, inequitably, and provocatively.

It stands to reason that these long-delayed administrative procedures should not become the first act to a new set of wholesale tragic and unsettling evictions. Neither the KKL/JNF nor the State of Israel would benefit from such a result. Rather, these processes, along with those already ongoing in Sheikh Jarrah, Silwan, and Area C of the West Bank, are likely to continue to roil internal Israeli politics, worsen Israel’s international reputation, and make a mockery of any efforts to reach a consensual two-state solution, while providing no benefit whatsoever to the “owners” of the affected properties nor to Israel’s Jewish population, for whose benefit these processes are ostensibly being carried out. The current US administration—and perhaps even elements of the American Jewish community, could perhaps be of use in this process in creating a “clean” outside review board that could help ensure that the process is free from self-dealing and outmoded thinking. 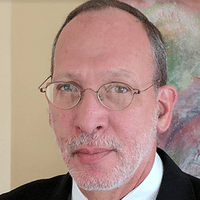 Mark Gold is a PHD economist and serves as Treasurer for Partners for Progressive Israel.