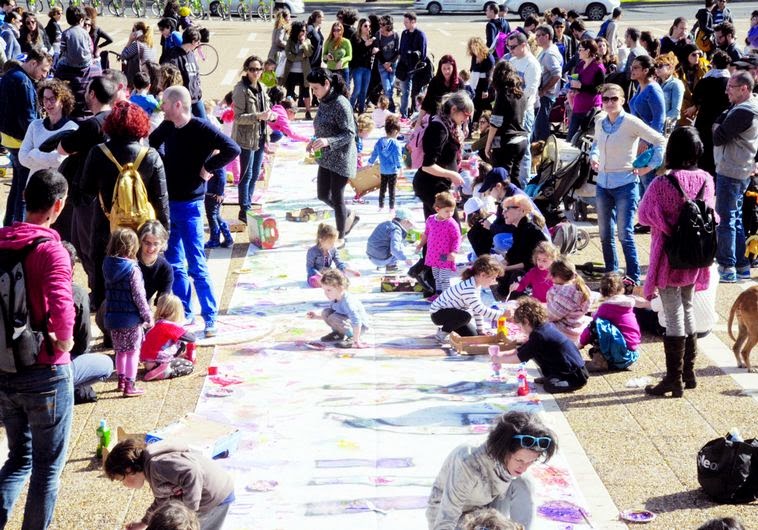 The following blog post is part of a series about the issues important to Israelis in the upcoming election. It was written with the assistance of Gil Gertel, an Israeli education consultant and blogger for Local Call.

Why is education important?

A third of the 5.88 million Israeli citizens eligible to vote are parents of children under 17 years old.

In the last decade the education system in Israel has been deteriorating. According to the OECD statistics, despite the growth of Israel’s GDP, the proportion of public expenditure on education in relation to GDP has declined. And while the state is spending less on education, families are spending more. The household expenses on education rose by 9% in the four years of 2009-2013.

But most importantly, parents’ experience in the education system is traumatizing. Take for example Pre-K education. Over the last year or so my Facebook feed has been filled with heart breaking stories: a mother who was called to a Pre-K to clean a child’s poop, a child who fell off the chair and needed stitches, and anarchy day in and day out. Last week a daycare teacher published this anonymous letter in Ynet:

My hand is shaking and tears flow as I write these lines […] I received 35 tiny children, 3 year olds: ten of them are still in diapers, some are not yet verbal, some are walking around with a pacifier or a bottle. For several of them this is their first year in a school. They are restless, needy and require a great deal of physical and emotional assistance. The children are crying in the morning, and crying during breaks and need lots of hugs. But we are only two – a teacher and an aid – and it is impossible.

We do not have the necessary facilities to change diapers. We do not have a changing table or a shower with warm water. The toilets are too high and most of the kids cannot take off their pants on their own or pull them back up. Sometimes they stand by the toilet, their pants rolled down and wait for someone to come and dress them up.

When the aide changes a diaper, the teacher stays alone with 34 tiny children who are not independent. Is this safe?

This is a relatively new situation. It is the result of a populist move that Binyamin Netanyahu’s government took in 2012, in response to the social protests. When the streets filled with people complaining about the cost of living and the high cost of daycare for their children, the government decided to act and expanded the “free education law” from 5 to 3 year olds. But instead of applying internationally accepted teacher-child ratios of 1:9 for 3 year olds, the government decided to apply its already unacceptably high ratio of 1:18 for 5 year olds to 3 year olds. For comparison, in Pennsylvania, where my daughter attends Pre-K, the legal ratio for 5 year old is 1:10.

As former Minister of Finance Beiga Schochat predicted already in 2012, it was impossible to extend free education to 3-year olds overnight. The government failed to consider the sheer number of children involved – there are 400,000 children aged 3-5 in Israel. Only a quarter of them had already been studying in state funded schools. Most of the others were in schools controlled by the state and paid by parents. But suddenly within a matter of a few months, the state had to find space for 80,000 children who had studied in private schools or stayed home with a parent or a neighbor.

And imagine that, when private schools learned that the government was giving all 3-year old free education, many closed while others decided to target younger kids. Surprising? Not really. The ministry of education did not have sufficient time to construct new classrooms, neither did it have qualified staff to serve these kids. So what did they do? Stuff kids in under-staffed over populated warehouses with a teacher-students ratio of 1:18.

And guess what — if this populist move originated in mass social protests — it also resulted in social protests. These days, parents are protesting in front of Tel Aviv municipal building holdings signs that read “Pre-Pre-Trauma,” or “Pre-K is not a Warehouse.”

And what about the Prime Minister and the Likud? Much like their Republican counterparts in the United States, Netanyahu and those surrounding him argue that good education does not depend on a budget. It is about values.