Dore Gold (pictured above), the new director-general of Israel’s foreign affairs ministry, and Gen. Amos Yadlin, a retired head of IDF intelligence who currently heads a centrist think tank in Israel, addressed a packed hall at New York’s UJA-Federation headquarters, under the auspices of the Conference of Presidents of Major American Jewish Organizations. Dr. Gold is an American Israeli who has long been a pro-Likud official and think-tank analyst. His most prominent job in the past was as Israel’s ambassador to the UN.  Major General Yadlin is regarded as centrist, but both share the conviction that the P5 +1 nuclear deal with Iran is flawed. 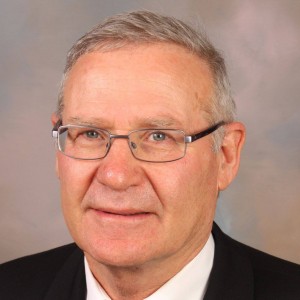 Yet while Gold would like to see it rejected by Congress, Yadlin sees that “No deal now is more dangerous than no deal a year ago.”  Neither see it likely that the deal will moderate Iran’s aggressive behavior in the region, as most backers of the deal hope it will.  Yadlin doesn’t entirely rule this out, but he gives it very low odds — something like “five percent” (because of his somewhat incomplete command of English, it was hard at times to know precisely what he was saying).

Short-term, Yadlin says, the agreement is “A-/B+,” as it provides for better inspection measures and much reduced enriched uranium stockpiles than exist now.  Long-term, however, he characterizes it as “a disaster,” because when it sunsets in 15 years, Iran could be closer to a bomb — although it would still be legally obliged not to go there, as a signatory to the Nuclear Non-Proliferation Treaty.

Gold spoke about Foreign Minister Zarif becoming a popular presence in the US, as a soft-spoken representative of the Iranian regime who is very fluent in English.  But Gold observed that in January, 2014 (noting that this was a recent date, not 10 or 15 years ago), in a visit to Lebanon, he laid a wreath at the grave of an important Hezbollah leader (whose name I did not catch), who was instrumental, according to Gold, in devising that group’s terrorist tactics in the 1980s.

A large annotated map in front of the room where we met, depicted the alleged extent of Iran’s aggressive activities in the Middle East.  Aside from arms and other assistance to Hezbollah, Hamas, Assad and Shiite militias in Iraq, there were the Houthi militia in Yemen, the Taliban in Afghanistan and some others in Bahrain.  I can’t say if these latter examples are real; I know that the Houthis deny a relationship with Iran (or vice versa), but I don’t know the truth here.  An Iranian relationship with the Sunni Taliban would surprise me, but I can’t rule it out.

Regardless, we know that Iran’s tentacles are extensive, and generally not constructive — to say the least.  To my mind, the fact that Iran’s aggressive foreign policy was excluded from the negotiations may be a major shortcoming, or it may have been unavoidable.  The sunset provision may also be a grievous weakness, or it may have been unavoidable.

There was some discussion of the 24-day delay involved in inspecting newly suspected nuclear sites that were not previously under inspection.  Yadlin said that the Iranians cannot coverup nuclear traces, but that evidence of weaponization can be concealed.

Yadlin is more inclined to think that Iran would want to maintain its potential as a nuclear threshold state rather than to necessarily decide upon actually building bombs.  It apparently has succeeded in doing so with this agreement.

Generally speaking, I share the view of most liberals that we are better off having delayed a possible nuclear-armed Iran by 15 or more years than not, especially if this is a springboard for Iran to moderate its international relations in the interest of improving the material lives of its people.  But there are no guarantees.  And I am a little less hopeful on the eventual outcome than I was before attending today’s event (July 29).

Still, the Conference of Presidents has not entertained a wide range of opinions in its deliberations on Iran.  At this meeting, for example, there were only two views represented, and they were not very far apart.  Only Gideon Aronoff, the CEO of Ameinu, had the khutspah to declare his group’s support for the deal (during the Q & A), including the sensible caveat that Iran’s non-nuclear threats in the Middle East need also to be dealt with by the world.

We understand from recent polls sponsored by the LA Jewish Journal and a separate study commissioned by J Street, that more American Jews support than oppose the deal. Yet this fact is not reflected in the organized Jewish community.

And there was very little response to a question about what the implications would be if American Jewish organizations and Israel are seen as critical in derailing this agreement.  Dr. Gold responded obliquely that in the end the US and Israel are allies, and there is precedent for allies to disagree.  He cited the 1980s arguments within NATO about the placement of missile systems in Europe.  But I recall no effort at that time of NATO members openly lobbying Congress to work against the policies of the US administration.

This new article in Foreign Policy magazine, for example, raises this concern:

Opinion: Israel Could Lose America’s Democrats for a Generation,  “If the nuclear deal collapses, U.S. liberals will never forgive Israel for its starring role in a catastrophic turn of events,” writes James Traub.

Jane Eisner raises this concern even more starkly in her editorial in The Forward:

. . .  what if Israel and its American supporters are able to accumulate enough votes to override a promised presidential veto? What then?

The president will be crippled, and the United States isolated on the world stage. It’s unlikely that Iran will return to negotiations, and highly likely that Russians and Chinese will begin trading with Tehran. And if a military option turns out to be the only way to stop an unregulated Iran, you can rest assured that Israel and, by extension, America’s Jews will be held responsible for igniting the next Middle East war.  . . .

But before you take a tranquilizer, I recommend this sage exploration of the uncertainties and complexities of the Iran agreement by Aaron David Miller, a former State Department Middle East hand of repute, in the current issue of The Jewish Week:

The ‘Truth’ About The Iran Deal: “A former U.S. Mideast negotiator throws some doubt on supporters’ and critics’ certainties about the pact.”

Then take a tranquilizer, or a stiff drink.

Postscript: To sum up: The organized Jewish community is leaning heavily against the deal, even though the latest polls reveal that this is not reflective of American Jewish opinion. The deal itself definitely has some problematic aspects, but for Congress to defeat it presents its own set of issues which are likely to prove more problematic.  Not least is that it places American Jews and Israel in a vulnerable political position, where the Democratic party becomes less sympathetic toward Israel and Americans in general less friendly toward American Jews — especially if aggressive lobbying by Israel and its American Jewish supporters are seen as defeating the deal, and this leads to a violent conflict with Iran.

P.S. 2:  Click here for this JTA article by Uriel Heilman, on the Conference of Presidents event.  To me, Gen. Yadlin came off as slightly more ambiguous about the agreement than indicated in Heilman’s piece, but as I indicated, Yadlin’s limited command of English made him somewhat difficult to follow at times.