Standing Together (Omdim B’Yachad) Against Injustice

Standing Together (Omdim B’Yachad) Against Injustice

Standing Together (Omdim B’Yachad) Against Injustice
By Noa Fleischacker

Amid the COVID-19 crisis, Omdim B’Yachad has shifted most of our work to online formats and we’re continuing to organize chapter meetings, conferences, programs, and actions using video calls and online tools. In addition to the health crisis, we’re also entering into a socioeconomic crisis in Israel, and Omdim B’Yachad has launched a “Guaranteed Income for All” campaign to fight for the many people who have lost their jobs or been put on unpaid leave at home. The Israeli government is bailing out major companies, but instead should be focused on supporting teachers, plumbers, taxi drivers, restaurant workers, and others who are struggling to pay rent and buy food for the month. – Noa Fleischacker

The Omdim B’Yachad (Standing Together) movement was born in the fall of 2015, when a group of activists came together in response to the wave of violence that had erupted between Israelis and Palestinians around the time of the Jewish High Holidays. Many of these activists were working for Members of Knesset or civil society organizations at the time. They’d been through cycle after cycle of violence, but didn’t see any political movement that was engaging people on a grassroots level to work towards an end to the bloodshed once and for all.

Back in 2011, many of these same activists had been involved in the social protest movement (AKA the “tents protest”), a series of demonstrations that brought hundreds of thousands of Israelis out into the streets to protest the high cost of living. These protests were energizing, and addressed a real, urgent need: People were living in poverty and many young people couldn’t afford the cost of housing in cities like Tel Aviv. So, they mobilized their friends and neighbors to show up, sleep outside in tents, and make clear that “the people demand social justice.” And, for a little while at least, it seemed like these long-ignored issues were finally going to be addressed.

But while the 2011 protests politically awakened and animated young people, they died down within a few months and changed very little, if anything at all. Up against a Netanyahu government determined to maintain the status quo, the protests lacked a concerted organizing effort. As a result, they failed to build enough power to put sustained pressure on Netanyahu and his administration to invest in solutions.

So, when this group of activists came together in 2015, they organized a movement that would not only bring people out in the streets, but would also provide a vision, structure, and strategy that would sustain it and allow it to grow – creating chapters for ongoing activity and offering a narrative that stressed building power for the long haul. They wanted to create a powerful grassroots movement built on partnership between Jews and Arabs who would stand together and fight for change. That movement is Omdim B’Yachad.

Omdim B’Yachad is now Israel’s largest and fastest-growing grassroots movement, with two thousand members and fifteen local chapters around the country. Members of Omdim B’Yachad organize on a local and national level around issues of social justice, equality, and peace. The campaigns take into account the interconnections between different struggles, such as that between social and economic disparities and the ongoing occupation of Palestinian territories.

Since September 2019, I’ve worked as the New Israel Fund / Shatil Fellow at Omdim B’Yachad. As part of the organizing team, I’m working to build Omdim B’Yachad’s trainings and teach organizing skills and tactics to the movement leaders and members. I first heard about Omdim B’Yachad when I was working as a community organizer in the U.S. and I was initially drawn to the movement’s work two years ago during their campaign to stop the deportation of asylum seekers.

In early 2018, the Israeli government announced that Eritrean and Sudanese asylum seekers would be deported to “third party countries” (such as Rwanda). Many of these asylum seekers had been living in Israel for years, but right-wing advocates labeled them as “infiltrators,” blamed them for economic woes, and pressured the government to expedite their deportation. Omdim B’Yachad joined with other organizations and groups in a coalition to stop the deportation from happening. They quickly realized that if they were going to be successful, they needed to send a clear message that the Israeli government – not the asylum seekers – was to blame for the high levels of poverty, unemployment, evictions, and failing infrastructure in South Tel Aviv, where large numbers of Eritreans and Sudanese reside.

In coalition with other organizations, Omdim B’Yachad mobilized thousands of Israelis in protest. Residents of South Tel Aviv hung banners that said “South Tel Aviv opposes the deportation” and people marched in the streets with signs that read “our neighborhoods are ready to absorb refugees.” They made clear that what people in South Tel Aviv actually needed was for the government to stop evictions and invest in housing, welfare, and infrastructure.

Omdim B’Yachad also initiated its own campaign: Members canvassed in North Tel Aviv and asked residents to sign a petition affirming that they would welcome asylum seekers in their own neighborhoods and were willing to have their taxes support rehabilitation programs. After signing the petition, people joined Omdim B’Yachad and knocked doors to encourage their neighbors to sign as well. By the end of the campaign, Omdim B’Yachad had organized ten different “action hubs” and mobilized people around the country who were ready to take on additional issues in the future.

Together with other organizations, Omdim B’Yachad succeeded in stopping the deportations – the biggest defeat suffered by Netanyahu’s government during that term. The campaign was also a huge success in terms of movement-building: It created the same kind of momentum that the 2011 social protests had witnessed, only this time it enabled people to get involved and stay involved. Many of the people who joined in actions to stop the deportations have since taken part in numerous other campaigns.

Since launching in 2015, Omdim B’Yachad’s members have spearheaded campaigns on a wide variety of issues. Recently the student chapter at Haifa University organized a campaign against sexual harassment, designed to pressure the school’s administration to change its behavioral code. There are ongoing campaigns that address issues ranging from the structural and systemic neglect in South Tel Aviv to the Nation-State Law’s attempt to erase Arabic from public spaces. The Jerusalem chapter is working with other groups to resist police brutality in Issawiya, and chapters across the country are taking on issues in the healthcare, education, and welfare systems. And, in the recent elections, Omdim B’Yachad members helped shift public perception of Jewish-Arab partnership: There were actions all over the country to legitimize the idea of political cooperation between Jews and Arabs and to stand up to right-wing attacks on Arab voters.

Omdim B’Yachad believes that we fall into cycles of despair because we fail to properly evolve and adapt our tactics. So they’re dedicated to studying community and political organizing as a craft and developing their leaders’ capacity as organizers. They actively seek out advice and support from movements outside Israel that have succeeded in addressing systemic injustices through grassroots work and political action. This is a big part of why working at Omdim B’Yachad brings me hope.

In December, for example, I joined Omdim B’Yachad leaders and staff at an intensive training with facilitators from Momentum, an American training institute committed to building progressive mass movements. We spent days with the Momentum trainers exploring the rich history of movement organizing around the world and learning tools and strategies that could be adopted in the Israeli context. A few weeks later, we sat down with a labor organizer and brainstormed how union organizing tactics might inform Omdim B’Yachad’s efforts to grow its membership. I realize this might not sound that exciting. Trainings? Workshops? Conversations about organizing? But the legacy and tradition of community organizing doesn’t exist in Israel the way it does in the U.S. Training institutes don’t exist there, and there are few spaces where people are actively trying to learn and adapt tools that will enable them to “do activism” differently.

The reason that Omdim B’Yachad’s leaders are so dedicated to learning these skills and doing things differently isn’t just because they’re a newer and younger organization. It’s because they’re planning to win. And, in order to win, Omdim B’Yachad leaders are using what they’ve learned to build a massive base and engage people and communities that have previously been alienated or left out of progressive political activism.

When I was first getting involved in anti-Occupation activity ten years ago, I spent a summer going to protests and events all over Israel. Every evening or weekend, I’d see the exact same ten people that I had just seen at a different demonstration or conference. At first, it was sort of heartening to feel like, within a matter of weeks, I’d met every leader of a human rights nonprofit or social justice organization. But that feeling soon dissipated and quickly turned into concern, frustration, and hopelessness. I understand now that many of those protests and demonstrations simply weren’t engaging people around issues that impact their daily lives. They weren’t talking about poverty, healthcare, or the education system.

Omdim B’Yachad, on the other hand, is connecting the Occupation and settlement expansion to people’s lived experiences and giving them a way to take action every day in grassroots campaigns that deal with local and national issues. The movement is dedicated to figuring out how to build actual political power. The leaders of Omdim B’Yachad don’t just want to feel like they’re on the right side of history: They want to be the winning side. Now, more than ever, in the face of threats to annex the West Bank and revoke the citizenship of hundreds of thousands of Arab citizens of Israel, the progressive camp needs Omdim B’Yachad’s political organizing, openness to strategic innovation, and investment in building a massive, powerful movement. 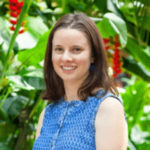