Sikkuy: Advancing Equality and a Shared Society for Arab and Jewish Citizens

Sikkuy: Advancing Equality and a Shared Society for Arab and Jewish Citizens

Sikkuy: Advancing Equality and a Shared Society for Arab and Jewish Citizens
BY NOGA MALKIN

Nearly twenty percent of Israel’s citizens are Arab-Palestinians, descendants of those who remained within the Israeli borders after the founding of the state in 1948. Sikkuy is a shared Jewish and Arab nonprofit organization that works to advance equality and partnership between these Arab-Palestinian citizens of Israel and the country’s Jewish citizens. Since its founding in 1991, Sikkuy has sought to bring an end to the longstanding discrimination and ongoing inequality between these two groups and create a shared society.

At Sikkuy, we believe that all citizens deserve equal rights and that this land belongs to all who inhabit it. To advance this vision, we work with local Arab municipalities and the leadership of the Arab community and engage in advocacy vis-a-vis government ministries, public bodies, the media, and the public at large, promoting policy change that will bring about full and substantive equality and a shared society. Our strategy is to educate and influence senior decision makers in the government and in the public and commercial sectors through professionally developed, data-driven, and practical recommendations for policy change. 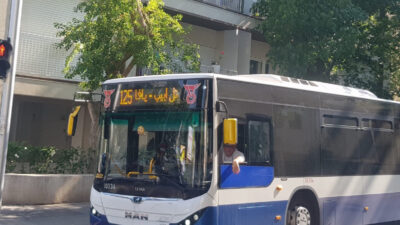 We practice what we preach: Sikkuy is co-directed by Jews and Arabs, and we are proud of our organizational model that features Jewish and Arab management and field staff at all levels. This model ensures equal and shared participation in the decision-making process within the organization and in all our activities.

At Sikkuy, we believe that the work to advance equality and partnership cannot be limited to policy makers. Consequently, we also work to educate and motivate the public at large and to shape public discourse through the media and digital spaces. These efforts are designed to promote a more equal public dialogue and to share Sikkuy’s accumulated professional knowledge in discussions about the Arab community in Israel. Against the backdrop of increasing incitement by politicians against Arab-Palestinian citizens, we at Sikkuy speak out clearly and emphatically to demand full and equal rights for Arab citizens and the Arab community.

We are confident that the way to ensure a better future for all the citizens of this country lies in our ability to build a truly shared and equal society – and we believe it’s in our power to do so.

From discrimination to equality

A primary reason for the gaps between Arab and Jewish citizens is the unequal allocation of state resources, including budget apportionments, land, and government services. Even though the language of Israeli law is generally egalitarian, discriminatory governmental policies determining resource allocation have created severe inequality and significant gaps. We developed a methodology called “From Barriers to Opportunities,” which allows us to map the barriers in government ministries and in Arab local authorities that impede equitable allocation of state resources; we then publish policy recommendations for overcoming those barriers and engage in advocacy to promote policy change. In addition, we work with Arab local authorities to develop tools and provide professional guidance in support of local economic and urban development.

Our work to advance equality in government policy and budget allocation takes multiple forms, adapted as needed to ensure we can successfully address emerging issues. From the very beginning of the COVID-19 crisis, for example, we put together policy recommendations and conducted advocacy with decision makers to ensure that services, information, and other COVID-related resources would be available and tailored to the needs of Arab citizens. In part thanks to these efforts, the government opened drive-through testing sites in Arab towns, where none were previously in place.

Land and housing is another area in which we work for equitable resources. Although 14 percent of Israel’s citizens live in Arab-Palestinian towns, these towns encompass only 3.4 percent of the country’s land. Due to ongoing expropriations by the state since 1948 alongside discriminatory land policies, there has been no growth in the amount of land allocated for Arab citizens to live on, despite significant population growth. And while the state has built over 700 new towns for Jewish citizens, virtually no new towns have been built for the Arab community.

This discriminatory policy has resulted in increasingly crowded Arab towns and a severe housing shortage. A restrictive planning policy has pushed many Arab citizens to build homes on land they own but that – due to zoning restrictions – they cannot legally build on. Today, around 30,000 houses and structures are considered “unpermitted” and are subject to fines or even demolition. At Sikkuy, we work with planning authorities and advocate for planning adapted to the needs of Arab towns in order to effect zoning changes and the retroactive approval of “unpermitted” construction.

Increased budgetary allocations for housing and planning in Arab towns was one of the recommendations we worked to include in the historic December 2015 “Government Decision 922,” which aimed to equalize some of the state budget’s funding mechanisms for Arab citizens. Sikkuy was heavily involved in pushing for this budget, which was the largest ever allocated to the Arab community in Israel. Today, we are intensively promoting Decision 922’s implementation in practice and lobbying to ensure continuity in future state budgets.

It is still all too common in Israel to find segregation between Jews and Arabs, perhaps most notably in housing and education. In addition, the language, culture, traditions, and history of Arab citizens are largely absent from public spaces and excluded from public discourse. This segregation creates a sense of alienation and mistrust between the two groups, which is fertile soil for anti-Arab discrimination. At Sikkuy, we promote real change in both the public square and public awareness. Our work aims to persuade government agencies, local and public authorities, and the media to create, advance, and strengthen shared spaces and a shared society.

To build a shared society, we need to assure greater status for the Arabic language and Arab culture. Our vision is that the whole spectrum of shared spaces – public and cultural institutions, nature and leisure venues, workplaces, the health system, academic institutions, public transportation – will accord Jews and Arabs an equal place and a sense of belonging and acceptance. Thanks to our intervention, public transportation services in Israel have been integrating Arabic language into bus station and bus stop signage, on the front of buses, and in relevant user apps. We are also working to promote a greater presence for Arabic at national parks and cultural venues, at Israel Railways, and at the international airports and border crossings. (Please see the accompanying video below.) Alongside our efforts to afford the Arabic language a more respected presence, we at Sikkuy also work to ensure that Arab citizens feel wanted in public spaces rather than feeling they must hide who they are or change their identity and appearance.

In addition to building shared public spaces, Sikkuy works to make education for a shared society an integral part of Israel’s educational system. We push for appropriate teacher training and in-service courses, promote fair and positive representation of Arab society and culture in learning materials and textbooks, and advocate for stronger programs for the study of Arabic at all levels of the state school system. We maintain a systematic professional dialogue with the Ministry of Education, textbook publishers, teacher-training courses, and other key players in the field of education, and strive to inculcate the values of a shared society as indispensable pedagogic components.

Increasing the presence of Arabic language and culture in public spaces and in the school system must go hand in hand with greater public awareness. The way Arabs are represented in the media has a significant impact on how they are perceived by the Jewish-Israeli public and, in turn, on relations between Jews and Arabs. Given the importance of the press in shaping people’s perceptions and knowledge, we advocate for increasing and improving the representation and coverage of Arab citizens and society in the Hebrew mass media. This approach has been extremely effective: Since launching the project, we have seen a 60 percent surge in the number of Arab interviewees appearing on leading current affairs programs.

We at Sikkuy believe that it is critical to identify the sources of discrimination and oppression and resist them as a united front. We call for the end of the occupation and for a just and peaceful resolution of the Israeli-Palestinian conflict. At the same time, we believe it is important to identify and take advantage of opportunities to create a more equal and shared society within Israel’s borders as well, one that ensures a better tomorrow for all of Israel’s citizens. In addition to our ongoing programs, Sikkuy looks to build on these opportunities and expand our role as agents of social change. Our three decades of experience have shown that when we work professionally and relentlessly, it is indeed possible to create real and lasting change.