Report on Meretz Party Activities in 2013

Report on Meretz Party Activities in 2013 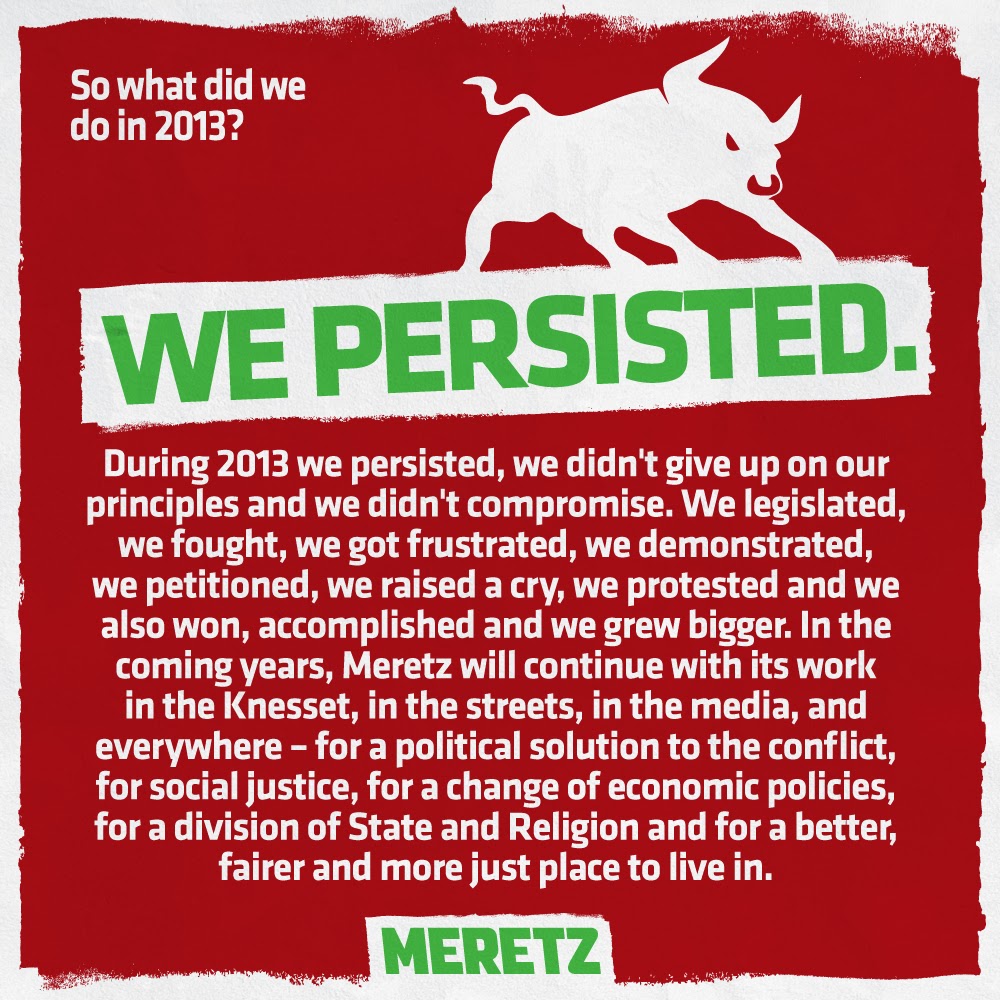 This is a year-end review of the accomplishments and actions of Israel’s Meretz party, sent to us by Bianca Ambrosio of the World Union of Meretz — the alliance of kindred Jewish organizations from around the world, of which Partners for Progressive Israel is the U.S. affiliate — that promotes progressive policies within the World Zionist Organization.  It includes some graphic capsule summaries that further highlight Meretz activities and concerns (click on them for a larger view):

We are happy to share with you a comprehensive summary of Meretz’s activities during 2013. Meretz has been active the entire year legislating, fighting, petitioning, demonstrating, raising a cry, getting frustrated and protesting for a better, more democratic and more just Israel.
In the words of Meretz Chairwoman Zehava Galon: 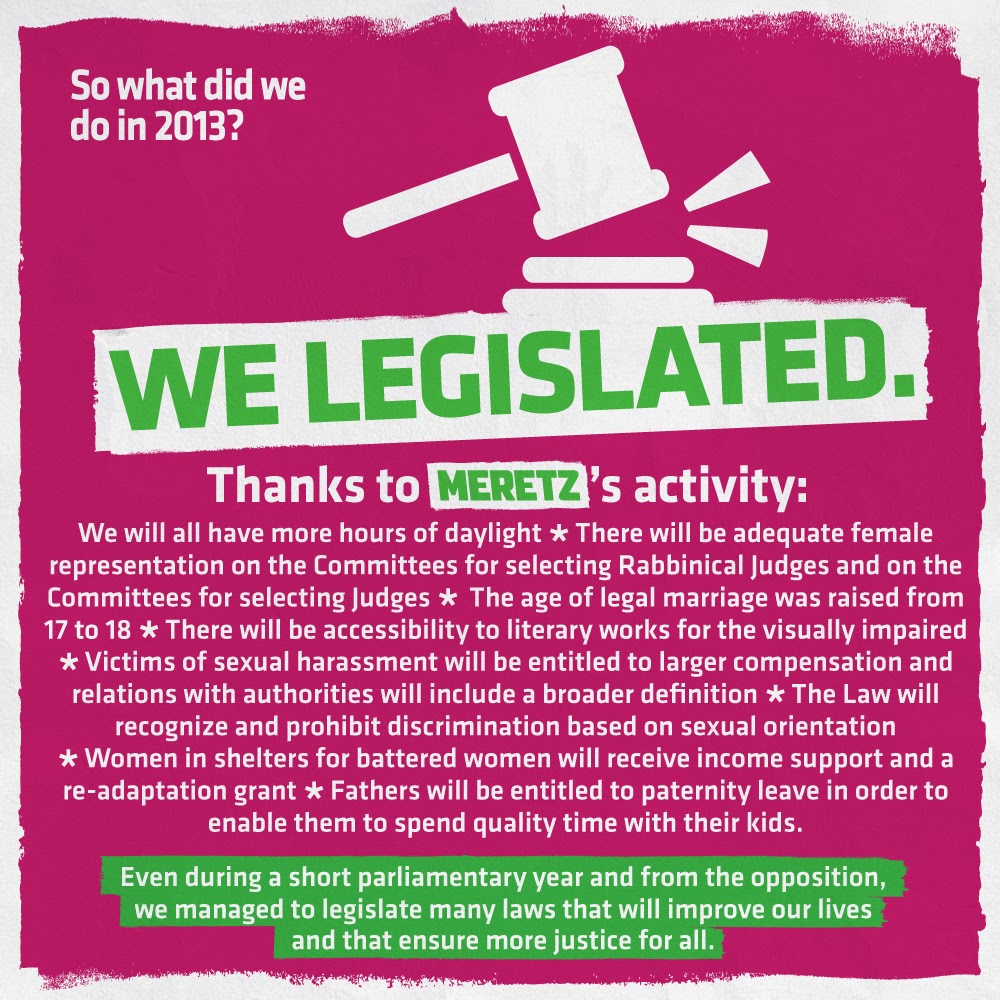 2013 was a
successful year for Meretz, but our work is far from completed. It seems like the ruling right-wing government in Israel is doing its utmost to plunge Israel’s future into the abyss. The crazy amount of money it pours for the construction of settlements (more than any other government in such a short amount of time) combined with laws aimed at locking any future agreement such as the annexation of the Jordan Valley or the “Jerusalem Law”, raise the question of whether Israel is a true partner in talks with the Palestinians, or whether “the peace process” it manages under American auspices is a means of stalling time rather than a real attempt to reach a just solution to the conflict. 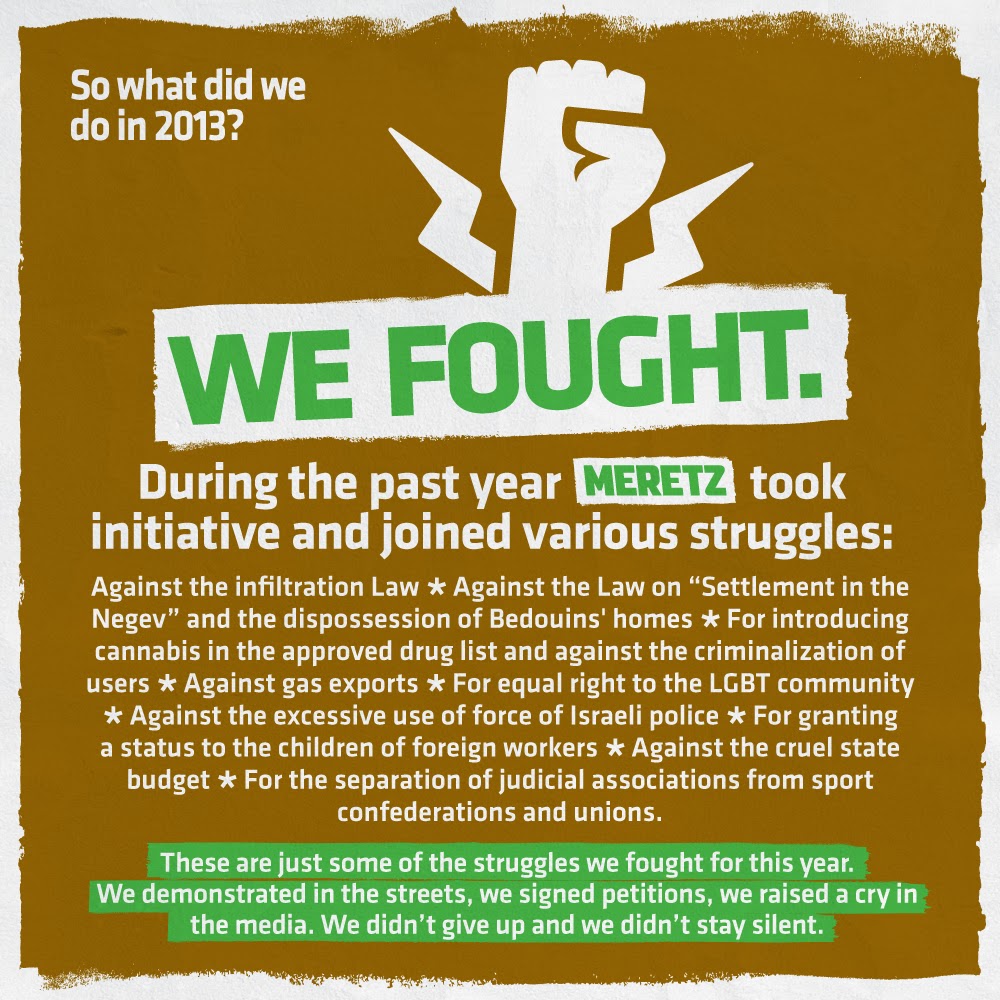 At the same time, not coincidentally, the Netanyahu – Lapid – Bennett government continues to put forward a devastating economic policy that hurts the middle class, deepens social inequalities, threatens to destroy the social services within the Green Line, increases indirect taxes and does everything to benefit the upper class, the tycoons and the rich. And as if that was not enough, the Finance Minister announced that public investment will be cut, a move that will hurt first of all social services, education and health. 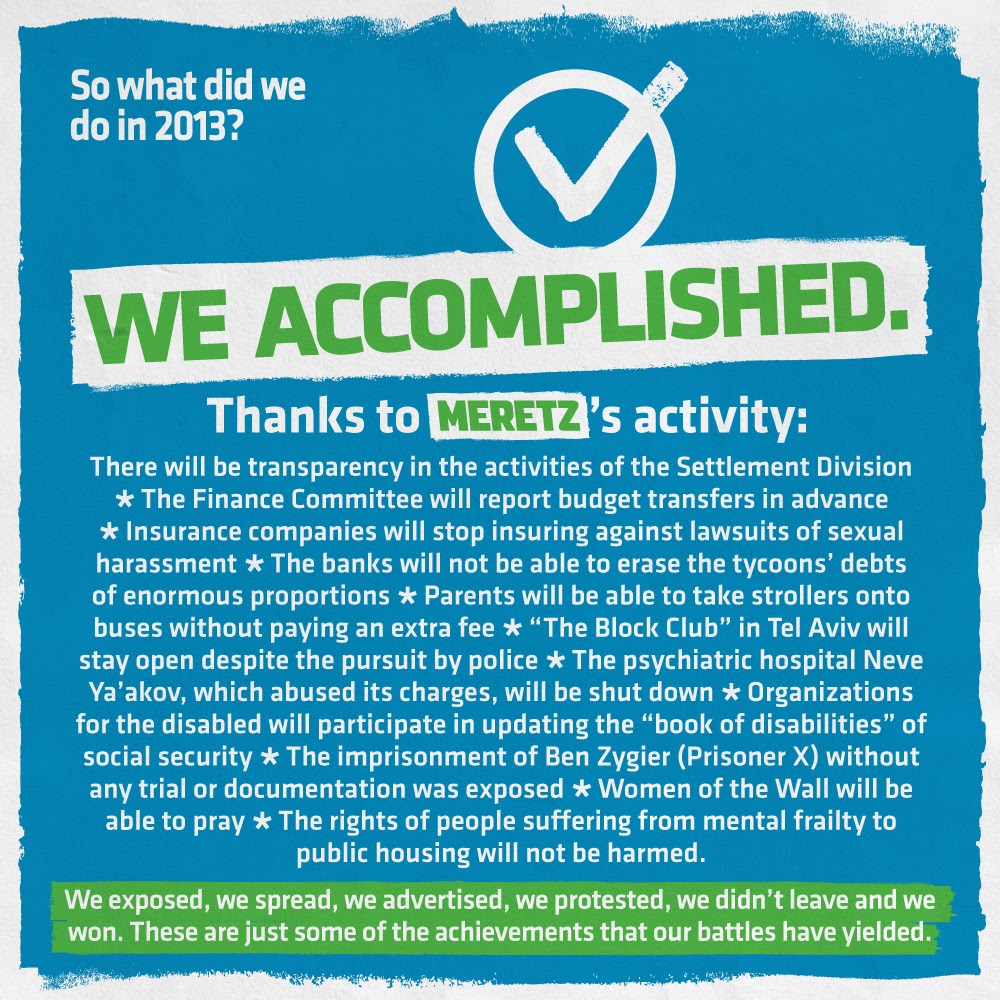 Now of all times – it is important to say loudly that in the coming years Meretz will continue its work in the Knesset, in the streets, in the media and everywhere – because in Israel there is a great majority of people who yearn for a political settlement and real negotiations. They believe that every person has a right for social safety and a dignified life. They want equal rights for the LGBT community, a public agenda designed to produce a separation between Religion and State, and mainly, to live in a free and progressive country. 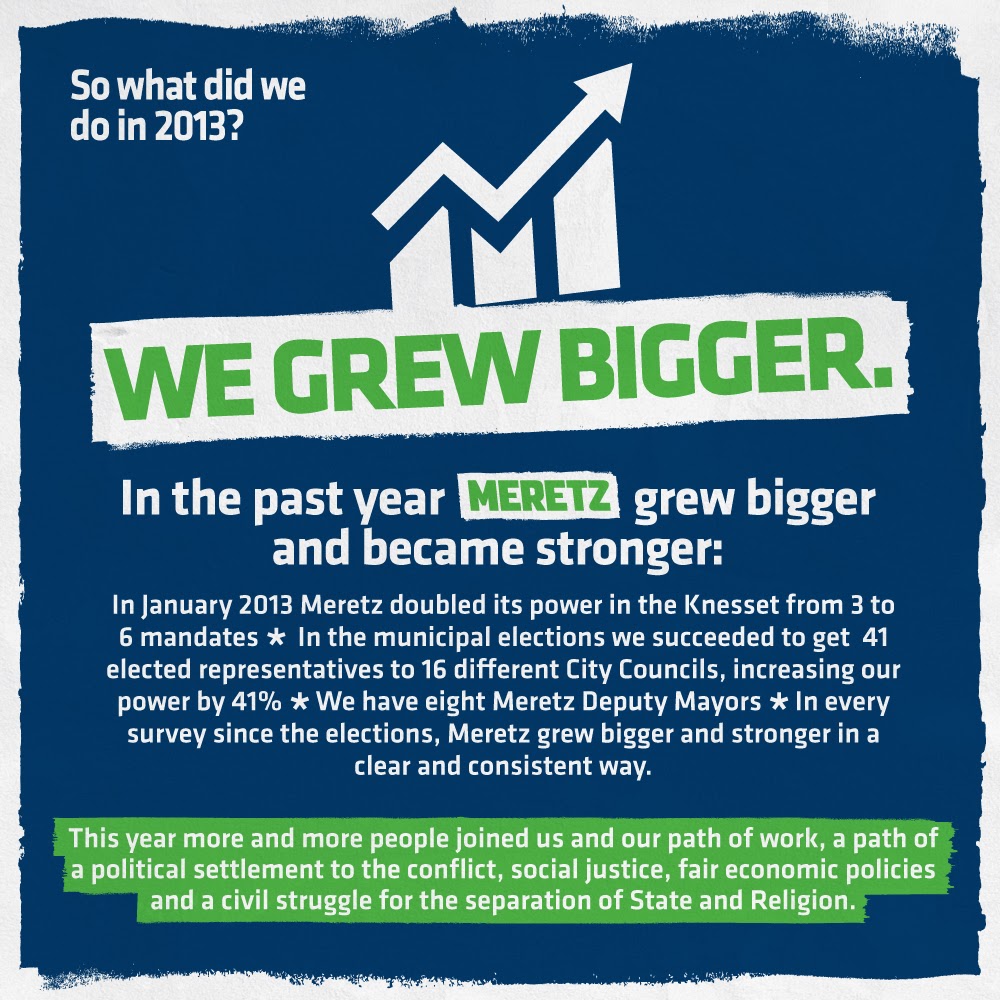 Meretz is the home of all these values, home of the left, so it’s no surprise that the year 2013 was a good year for Meretz. In the national elections we were able to double our strength in the Knesset and we increased from 3 to 6 mandates, and proved that unlike transient centre parties or parties that tried to change their faces before the elections, adherence to values, integrity and consistency are something that the Israeli public appreciates.