Report from the October 2019 Zionist General Council
By David Dormont

The Zionist General Council (“ZGC”) of the World Zionist Organization (“WZO”) met in Beersheva, Israel at the end of October.  After three days of meetings, the ZGC held a plenary session and voted on various resolutions facing World Zionism. The progressive forces won several votes, including a first of its kind resolution regarding the LGBT community.  Overall, however, the ZGC remained very split, particularly regarding issues related to Israel’s occupation of the West Bank.

The ZGC meets annually between World Zionist Congresses and is comprised of approximately 120 Zionist leaders from around the world.  The ZGC sets policy and provides directions to the WZO.  The last World Zionist Congress in 2015 determined the makeup of the current ZGC.  For every five delegates that a party won to the last Congress, it gets one delegate to the ZGC.  Approximately one third of the delegates come from Israel, one third from the United States, and the remaining third from the rest of the world.  The Israeli delegation was determined by the Israeli election immediately prior to the last Congress, while the American delegation was determined by a public election open to all Jews living in the United States over 18 years of age.  Approximately 57,000 people voted in the last U.S. election.

The World Union of Meretz introduced a resolution calling on the WZO to create a new unit to promote Zionist activities for members of the LGBT community throughout the world because the WZO has ignored this important community in the past.  The Education Committee of the ZGC initially defeated the resolution, but Meretz brought it to the floor through a procedural maneuver.  Once on the floor, the resolution again faced strong resistance from right wing forces but Meretz, joined by most other progressives, ultimately prevailed, passing the resolution by a vote of 57 to 53.

For the first time, the ZGC passed a resolution pushed by Meretz requiring that the WZO’s Settlement Division to present a detailed summary of its program to the ZGC, and to make similar reports every six months.  The Settlement Division has traditionally worked in secrecy and has been used by the Israeli government to funnel large sums of money to build and expand settlements in the West Bank without any oversight by the WZO.  This critical ZGC resolution should provide transparency for the first time regarding the nature and extent of the WZO and the Israeli Government’s settlement activities in the West Bank.  Meretz also convinced the Likud to withdraw a resolution praising Donald Trump.

The news from the ZGC was not all good, however, as the right wing passed – by small margins – several resolutions that will impede opposition to Israel’s occupation of the territories.  First, by a thin margin of 47 to 43 with 2 abstentions, a resolution passed that called for excluding from the Zionist Movement any group or person who provides support “directly or indirectly for  Boycott Divestment and Sanctions (BDS) efforts, either directly or indirectly, and either ‘full’ or ‘partial’ BDS.”  While Meretz fully opposes the BDS movement, this overly broad and vague resolution is meant to shut down all opposition to the occupation and the settlements within the Zionist community, even if that opposition comes from Israeli Jews and their supporters in the Diaspora.  The ZGC also passed by 63 to 49 a resolution requiring the WZO to use the words “Judea and Samaria” in their statements, publications and maps, rather than “West Bank.”  Finally, the ZGC passed by 53 to 42 with six abstentions a resolution calling for the Israeli Government “to apply Israeli sovereignty to the Jordan Valley, and also to act to promote settlement in these areas.” 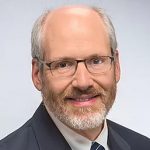 David Dormont grew up in Hashomer Hatzair and is the past Treasurer of Partners for Progressive Israel and the former Vice President of American ORT.  He serves as the political chair of J Street in Philadelphia and is a current member of the World Zionist Organization’s General Counsel.