The Arab-Israeli conflict has been called the world’s most intractable, its underpinnings stretching back millennia. Its modern roots, however, are in 19th century Jewish and Arab national movements, which were already on a collision course when fueled further by British duplicity in World War I—the McMahon–Hussein Correspondence promising to recognize Arab independence after the war, and the Balfour Declaration promising a national homeland for Jews in Palestine. Over the next century, the issues and grievances grew exponentially, through uprisings, reprisals, dispossessions, terrorist attacks from both sides, and more reprisals. The Holocaust was the final precipitating event leading to Partition in 1947, whereupon wars, more dispossessions, blockades, terrorist attacks, more reprisals, more wars, lands changing hands violently, and of course, promised, sometimes hopeful, but at best piecemeal and ultimately failed, political solutions ensued.

While this was happening, Jews from all over the world came to Palestine, then Israel, and built an economic, scientific, technological, cultural, and military powerhouse. Moreover, Israel has become famous for its international relief work, from search and rescue efforts to airlifting tons of food and supplies following natural and human-caused disasters. The country of course has its share of challenges, but its success as a nation-state is undeniable, notwithstanding reservations some have about how it got there. Palestinians, in contrast, are divided, embittered, many are impoverished, and virtually all suffer indignities people should not have to suffer. Palestinians blame Israel for the occupation and their second-class status within Israel. Israelis say the Palestinians only have themselves to blame for passing up opportunity after opportunity to normalize their political status and their lives.

And so it goes, the 2020 Symposium’s title, “Beautiful Dream, Painful Reality,” all too true.

Today, “intractable” is hardly sufficient to describe the situation. On the one hand, Hamas still has not accepted Israel’s right to exist. On the other, a virulent right-wing government is openly dismissive of attempts to reach any sort of peaceful solution short of total Palestinian capitulation.

On the first day of the symposium, I asked MK Uzi Dayan of the ruling Likud whether the absence of a partner for peace was a serious obstacle to reaching a political settlement with the Palestinians. Coolly, he waved away the question. “You worry too much about the Palestinians,” and explained that there will be normalization of relations with Arab governments (this was a month before announcements of the UAE and Bahrain treaties), and whatever Palestinians don’t accept will be imposed.

The following week we heard from members of the Palestinian Authority leadership that “Palestinians are the key” to a political solution. “Not one of the keys. The key.” Hardly surprising, but the stark and bitter contrast with Dayan’s casual dismissal nearly took my breath away.

I have no idea whether Dayan speaks for Likud. Regardless, the party’s behavior aligns perfectly. Likud, and much of the Israeli political class and citizenry, obviously doesn’t care, much less worry, about the Palestinians—unless thoughts turn to security. Likud currently has a lock on the political process, despite its leader being in legal difficulties and despite the presumed “power-sharing” with Kahol Lavan, which has been described as the most “chaotic and miserable government” Israel has ever had. This “government of the damned” is aided and abetted by extreme orthodox parties whose primary concerns have nothing to do with finding a resolution to the conflict and everything to do with moving Israel closer to a theocracy and making sure members of their communities are exempt from helping shoulder the military and economic burdens the rest of the populace bears.

On the other side of the ideological divide, discussions among the Jewish left now openly include abandoning the idea of a two-state solution. As readers of this publication know, Peter Beinart has proposed thinking along the lines of a one-state Jewish home, rather than Jewish state, with Jews and Palestinians living with equal rights and protections in a single country. Another alternative, described on these pages and championed by One Land for All/Eretz l’Kulam, one of the symposium participants, is a confederation or a “democratic binational state,” neither a one- or two-state solution. Maybe more like a half-state solution.

I’m not a political scientist nor student of diplomacy, but these solutions—one-, two-, or half-state—seem fanciful in the extreme at the moment, each for different reasons. What we have now is an enforced stalemate, an inherently unstable and dangerous non-equilibrium where the agenda is controlled by extremists on either side. And, at least for now, the stasis seems to satisfy their political aims.

But in this morass, I saw glimmers of light. I wouldn’t say glimmers of hope, if that signals hope for a political way out of this hyper-intractable conflict. I saw no evidence for that. What I saw was a number of good, decent, and idealistic people and organizations, mostly non-political players, reaching out and trying to establish some semblance of normal, human, caring relations between Jews and Arabs. If hope is to be found, that’s where we’ll find it.

For example, there is Roots, aka Roots/Shorashim/Judur, which brings together Orthodox Jews and devout Muslims living in the same West Bank neighborhoods. As reported by the Jerusalem Post, the scene of young men from a nearby yeshiva drinking coffee with young Palestinians, led in discussion by Jewish religious settlers and devout Muslim Palestinians “seemed nearly surrealistic.” There is also Gisha, an Israeli non-profit working in Gaza to protect the rights of Palestinians, which are guaranteed by international and Israeli law but frequently violated.

There’s more: Combatants for Peace, Standing Together, Israel’s Women Network, WEDO – Water and Environmental Development Organization, Physicians for Human Rights Israel. There are also individuals and organizations dedicated to peacemaking through the arts:  Joshua Sobol, Together Beyond Words, and Umm al-Fahm Art Gallery.

These individuals and organizations reminded me that goodness and decency exists even when all around there is darkness and fear. Maybe, maybe, some of this goodness and decency will percolate up and infect, in a good way, those who determine the political direction this conflict takes.

One of the symposium panelists (from  Combatants for Peace) was deeply skeptical: “There is no hope for a political solution,” he said. “Solutions will only come from people to people contact, understanding, and acceptance.” Maybe we can hope that the political leadership on both sides will see the light shone by him and his fellow non-combatants before we see additional rounds of uprisings, reprisals, dispossessions, terrorist attacks, wars, blockades, and senseless, fruitless violence. 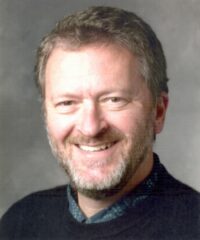