Public Transportation and the ‘Jewish State’

Public Transportation and the ‘Jewish State’

Two Meretz legislators, MK Tamar Zandberg and Jerusalem city councilor, Laura Wharton (one of our bloggers), are mentioned prominently in this past Sunday’s NY Times article, by Jodi Rudoren, “Push for Buses on Sabbath Sets Off Debate in Israel.”  Selections follow:

JERUSALEM — It started as a bit of sarcastic whimsy: Israelis frustrated with the lack of public buses on the Jewish Sabbath and holidays hijacked the Facebook page of the transportation minister during Passover and turned it into a shared-ride board.

. . .  The minister, Yisrael Katz, derisively dismissed the ride-seekers as leftist sore losers after conservatives’ success in elections last month. Then it got more personal: Protesters surrounded Mr. Katz’s house, and a leftist Parliament member introduced legislation to ban him from using his state-issued Chrysler minivan when the buses are not running.

. . .  The debate over transportation is part of a larger one over a so-called nationality bill that seeks to redefine the relationship between Israeli democracy and Jewish character, which was among the divisive issues that helped collapse Mr. Netanyahu’s previous coalition last fall.

. . .  More than a decade ago, a group of scholars and rabbis called for a reduced Sabbath transportation schedule as part of a 300-page “covenant” for coexistence; the proposal went nowhere. After years of unrequited advocacy, a group of Jerusalemites recently formed a cooperative called Shabus — a combination of the Hebrew words for Sabbath and bus — to take matters into their own hands.

Starting May 1, Shabus will run three minibuses on Friday nights on a set route from Jerusalem’s north to south, with some 60 stops. Riders must pay about $12 for a year’s membership, plus about $3 per trip. 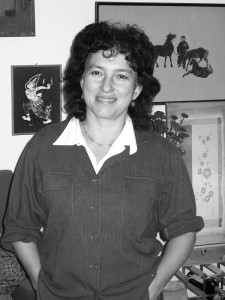 “The idea is instead of complaining and protesting and just bad-mouthing the ministry, to do something that is practical, possible, legal and will be very user-friendly,” said Laura Wharton, a Jerusalem City Council member and the chairwoman of Shabus.

“The religion is one aspect of Jewish culture, but it’s not the only one,” Ms. Wharton said. “You can be a good Frenchman but not love baguettes or croissants; you can be a good Jewish citizen of the Jewish state but not take part of the religion.”

Tamar Zandberg, the member of Parliament who introduced the bill that would bar Mr. Katz and other ministers from using their state-leased vehicles on the Sabbath, said she had to rely on her brother to pick her up for family dinners before her election in 2013, which gave her a government car.  . . .

To read Laura’s post on the Shabus project, click on its title: “‘Shabus’: Toward a Pluralistic Shabbat in Jerusalem.”

Related, but in a less hopeful vein, is this op-ed article in Haaretz that some of us have noticed, “The disaster that Judaism won’t survive: Both internationally and in Israel itself the distinction between the state’s Jewish character and its democratic regime is growing more acute.”
This is its central concern:

. . .  According to data of the Israel Democracy Institute, in the past five years there has been a consistent decline in the proportion of Israel’s Jewish citizens who consider the fusion of democracy and Judaism important. If in 2010, 48.1 percent of Jewish citizens replied that the two elements are equally important to them, in 2012 this fell to 41.9 percent, and in 2014, it was 24.5 percent. At the same time, the proportion of Israeli Jews for whom the Jewish element is the most important rose to as high as 38.9 percent; 33.5 percent of the respondents opted for democracy as most important.

The story here is not only the fact that for so many, Judaism “outranks” democracy in importance, though that is a disturbing situation in itself. The crux of the matter is that for the majority of Israel’s citizens the belief that the two of them can exist simultaneously is becoming increasingly impossible. The tragedy, then, is that, as in the Western world, in Israel, too, more and more people consider “Judaism” and “democracy” to be mutually exclusive entities.  …