Cary R. Nelson is an emeritus professor of English at the University of Illinois at Urbana-Champaign.  Among his extensive bibliography of published works, he has written or edited numerous titles with political themes, including: 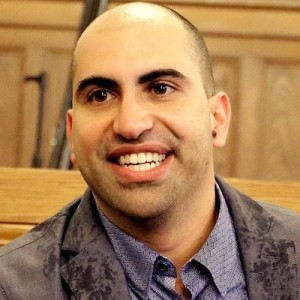 In the current issue (2015 Volume 6) of the Journal of Academic Freedom (published by the American Association of University Professors), Prof. Nelson has an extensive scholarly critique of the decision to hire Steven Salaita — whose body of work engages polemically with the Israeli-Palestinian conflict — in the American Indian Studies Program at his institution, the University of Illinois at Urbana-Champaign.

While the case can (and probably should) be made that Dr. Salita was treated shabbily in the circumstances of his de-hiring by higher university authorities (after he had already given up another tenured position), there is strong evidence that he was hired for ideological/political reasons rather than his scholarship.  This is from Prof. Nelson’s abstract of his 31-page article (including 46 footnotes), “Steven Salaita’s Scholarly Record and the Problem of His Appointment”:

. . .  Salaita’s first book—and the book that was the main justification for his appointment at Illinois—asserts that Palestinians are the one truly indigenous people of the land between the Mediterranean and the Jordan River. Although Salaita does not give serious attention to the scholarship that would dispute such a claim, he is not alone in staking out that polemical ground. His more distinctive argument is that Israelis were a European colonialist power who actually modeled their nation building on the strategies used to suppress the Indian peoples of North America. For that claim there is no persuasive evidence. And yet it underlies his effort to treat Native Americans and Palestinians within a framework of “comparative indigeneity.” Support for the Palestinian people and unremitting hostility toward the Jewish state are the paired commitments that underlie most of Salaita’s published work. This paper attempts to show that sympathy with Salaita’s politics, rather than appropriate expertise about Middle East history, was the determining factor behind the effort to appoint him at Illinois.  . . .

Again, Prof. Nelson’s entire article can be accessed in pdf format at this website:  http://www.aaup.org/sites/default/files/Nelson–JAF6_0.pdf