I’m writing in early June from Ben-Gurion Research Institute in the Negev, located near Sde Boker, the kibbutz to which David Ben-Gurion retired and where his grave is.   It’s a very quiet place – great for doing my research on Israeli-Palestinian Confederation and seemingly very far removed from the Israeli-Palestinian conflict, which appears omnipresent in my usual haunts of Washington, D.C. and the University of Maryland. That’s the height of irony of course, since I’m barely 50 miles from Gaza and even closer to the West Bank.

I’m not terribly hopeful about the new Israeli election coming up on September 17. I hope Meretz and Labor will run together (that doesn’t mean combining) and push their combined total to 12-15 Knesset seats, perhaps from disaffected Blue-White voters who have realized Blue-White still doesn’t know what it stands for. But my guess is that the ‘Right-Religious’ bloc will do better than in April, with a total of 68-70 seats, including Avigdor Lieberman, who will benefit from his stubbornness, and go up to 7 or 8 seats. The newly reunited (mostly Arab) Joint List may go back up to 12 or 13, but still the ‘Center-Left-Arab’ bloc would be reduced to 50-52, a decidedly minority opposition.

This likely dismal outcome makes our focus on NGOs and, later in the year, on the World Zionist Organization elections, that much more important. This issue of Israel Horizons reflects some of these priorities. We lead off with an article by Galia Golan about Combatants for Peace, which we are highlighting as part of our Kolot program. It’s followed by an opinion piece by Ron Skolnik, who argues that the ubiquitous term “Jewish State” as a synonym for the State of Israel really misrepresents what Israel is and should be (personally, I’ll have to think about that for a while). Then we have a particularly thoughtful interview with Avner Gvaryahu, Executive Director of Breaking the Silence, on the role of his organization and that of progressive American Jews. The interview was conducted by Sue Hoechstetter, who did several others as well while in Israel recently, which we hope to publish in subsequent issues of IH. We close with Peter Eisenstadt’s review of a particularly fascinating book by Susie Linfield on Jews and the Left, discussing and critiquing eight prominent leftwing (more or less) figures who have discussed Israel (usually critically).

I hope you are enjoying a restful and interesting summer – and I particularly hope that Israel and Palestine will remain peaceful. The political horizon is not at all promising, with a new Israeli election likely to be won by the Right and a sputtering “Deal of the Century” which, if it even exists, seems almost spectacularly unsuited to fulfill even minimal Palestinian aspirations. So it’s back to my research on Confederation as a possibly promising variant on the much-maligned two-state solution. 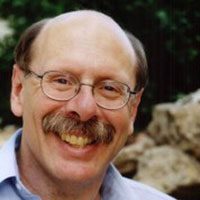 Paul Scham is President of Partners for Progressive Israel.