Partnership, Not Divorce: The Uplifting Vision of “A Land for All”

Partnership, Not Divorce: The Uplifting Vision of “A Land for All”

Partnership, Not Divorce: The Uplifting Vision of “A Land for All”
by Meron Rapoport

Eight years ago, a group of Israelis and Palestinians met for the first time in a hotel in Beit Jala, a town in the West Bank between Jerusalem and Bethlehem. What brought us together was our common understanding that the peace process, based on the traditional two-state model, was in deep crisis. Today, with unilateral annexation approaching, this understanding is almost a cliché. Twenty-seven years after the first Oslo agreement was signed, it’s evident that the peace process as we have known it is all but dead – so there is an urgent need to look for new ideas that will get us out of the deadlock.

When we met back then in Beit Jala, it was clear to us that the basic flaw in the old two-state paradigm was that it was based on separation: We will be here and they will be there, no matter who ‘we’ are and who ‘they’ are. The members of our group understood that this approach was flawed, as it ignores some fundamental features of the Israeli-Palestinian conflict.

The first, and perhaps most important, feature it ignored is that both peoples, the Jewish-Israeli people as well as the Arab-Palestinian people, regard the entire territory between the Jordan River and the Mediterranean Sea as their homeland. Palestinians see Jaffa and Haifa, within Israel’s pre-1967 borders, as part of Palestine no less than Ramallah or Jenin in the West Bank. Jews, meanwhile, view Hebron and Bethlehem in the West Bank as part of Eretz Yisrael, the Land of Israel, no less than Tel Aviv or Ramat Hasharon. The unity of the land has an emotional resonance that is stronger than any political borders that may or may not divide it.

The traditional two-state paradigm also ignores the fact that Jews and Arabs are already intertwined in this land. Some 20 percent of the inhabitants within Israel’s pre-1967 borders are Palestinian, with most living in the Galilee, in the so-called Triangle region, and in the Negev. Out of Jerusalem’s 900,000 residents, 40 percent are Palestinians and 60 percent are Jews. Even in the West Bank, 450,000 Israeli settlers live among 2.5 million Palestinians. It’s not a happy coexistence in the West Bank and Jerusalem, where Jews enjoy privileges while Palestinians are denied political rights, and even in sovereign Israel, Palestinian citizens are discriminated against. Nevertheless, we cannot deny that Arab-Jewish demography in this land is mixed.

A third feature we mustn’t ignore is the intertwined geographical and economic reality. In such a small geographical area, there is simply no way to combat climate change or deal with issues such as water resources, transportation, or tourism without a high level of cooperation between the two sides. Economy, trade, and human development are also deeply interdependent.

But above all these considerations, we thought back then, and we continue to believe now, is the fact that the old model’s focus on separation is undesired – it’s not a goal to strive for. If we, Palestinians and Israelis, wish to move not only towards a peace treaty, but also towards reconciliation, we need to adopt the language of partnership and cooperation, rather the language of separation and divorce. The language we use has a power of its own.

As an alternative to the old separation model, we are offering a model for a shared homeland based on five main principles:

Ever since we drafted these ideas, we have done a great deal of work in order to develop them further, and to spread them widely. We have written an 11-point document, met with tens of thousands of Israelis and Palestinians, organized workshops and  conferences, written articles, made media appearances, created a website and a Facebook page, and met with diplomats and politicians. In recent months, we drafted a 15-page booklet, summarizing our thinking and proposals. It will soon be out in Hebrew, Arabic, and English.

In our eight years of activity, we have succeeded in bringing the idea of Palestinian-Israeli partnership into the political lexicon. We have been able to mobilize supporters with varying outlooks, in Israeli as well as Palestinian society, both within political circles and beyond. We are working to expand these circles by engaging as many groups and perspectives as we can, and we are confident we can enlist various political forces, Israeli and Palestinian, on behalf of this vision, based on the principles of equality and mutual respect.

The very creation of an Israeli-Palestinian movement such as A Land for All, where Palestinians and Israelis work together under a shared vision to resolve the conflict, is an important stage toward building trust between Israeli Jews and Palestinian Arabs. The years our group has worked together are proof that Israelis and Palestinians, though they come from different backgrounds and different political approaches, can join together to formulate and promote a common vision with which they can identify.

Alongside A Land for All’s activity, we must create additional spaces for increasing trust between the two peoples. This could include direct and joint action for equality and against discrimination and the denial of rights; local initiatives in fields such as environment and culture; and joint actions to help narrow the economic gaps between the two societies and two peoples.

A Land for All’s political vision – an end to occupation and two independent states within a shared framework and one homeland – complements activities and initiatives that already exist on the ground, and can also encourage and support the formation of further initiatives in the future. These initiatives are important in their own right, but are also important steppingstones toward building a broad political peace movement, a movement which establishes the idea of sharing and partnership as the vision most appropriate for Israeli-Palestinian peace.

The current annexation drive, even if not implemented in the end, highlights the need to treat the whole of the land between the Jordan River and the Mediterranean Sea as one territory. This, in turn, raises the principle of equal personal and national rights for all those living in this shared homeland as the real and perhaps sole remedy against the dangers of supremacy and apartheid. The paradigm we are promoting seems more relevant than ever.

This solution is not a fantasy. It is grounded in the historical, geographical, and emotional realities of the conflict and relies on historical precedents. It is also not a closed paradigm. Quite the contrary: Our approach invites discussion and comment, refinements and additions. But in order to work toward it, we also need to know how to dream, and especially how to turn a dream into reality. It is in our hands. 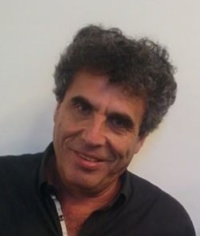 Journalist Meron Rapoport is a co-founder of Two States One Homeland, an Israeli-Palestinian movement now known as “A Land for All,” which calls for confederation between an independent Israeli state and an independent Palestinian state. He is also an editor and writer for Israel’s Local Call.