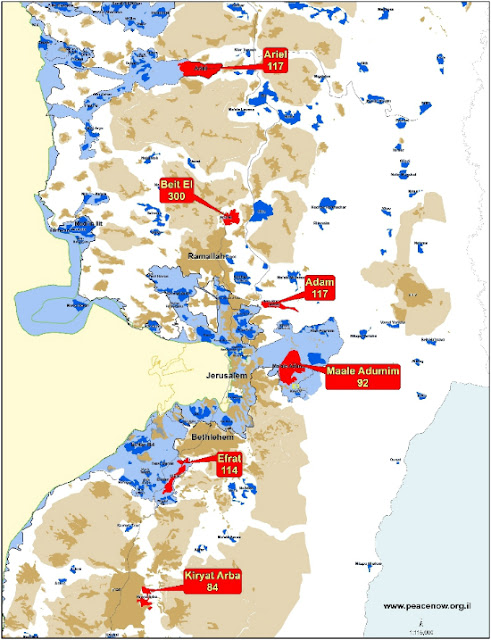 This is from a Huffington Post article by Hagit Ofran, director of  the Settlement Watch project for Israel’s Shalom Achshav/Peace Now organization:

As part of the political crisis around the Ulpana Hill outpost, PM Netanyahu announced a “compensation package” for the settlers in which 851 new units will be built in disputed areas in the West Bank.

…. Almost all of the announced construction is located precisely in disputed areas which could prevent the possibility of establishing a Palestinian state alongside Israel. The formal negotiations between Israel and the Palestinians, as well as informal negotiations such as the Geneva initiatiive, have revealed the critical disputed areas that are threatening the viability of the Palestinian state, and in which the construction of settlements could prevent the chance for an agreement. …