Netanyahu’s objective is ridding the Knesset of Arab MKs

Netanyahu’s objective is ridding the Knesset of Arab MKs

Prime Minister Benjamin Netanyahu declared on Sunday that he will promote a law barring lawmakers who visit terrorists’ families from serving in the Knesset. The remarks came in response to three Balad MKs visiting the families of Jerusalem terrorists who were killed while carrying out attacks.

Several Meretz MKs responded by arguing that Netanyahu is denying Israel’s Palestinian minority parliamentary representation. Tamar Zandberg wrote: “Netanyahu’s objective is not defending Israel from terrorism, but ridding the Knesset of Arab MKs… This is nothing more than the cynical exploitation of the public’s distaste for [Balad] MKs meeting [with families of terrorists] to do what the extreme right has been planning for a while.”

Zandberg also echoed a widely spread sentiment on the Left, that “Nobody would imagine Netanyahu taking such steps against, say, a Jewish MK who claimed that the murder of the Palestinian family in Duma wasn’t terror, or against Justice Minister Ayelet Shaked, who reportedly met with the family of one of the Jews arrested as suspects in that case.” 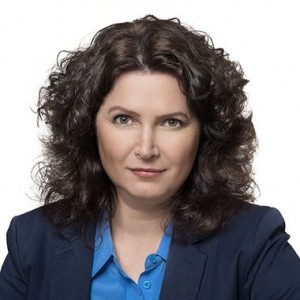 Netanyahu’s new legislation allowing the suspension of Knesset members for ‘unbefitting behavior’ is morally reprehensible. It started with raising the electoral threshold in order to harm Arab representation in Knesset and continued with a blatant incitement against Arab citizens on election day. But these measures gave birth to the Joint List, the third-largest faction in the Knesset. Netanyahu has now devised a solution—the tyranny of the majority.

Democratic rule should embrace minorities rather than fight against them. Minorities should be represented even if we disagree with them. I am sorry to tell you, Mr. Netanyahu, there’s nothing you do to make our minorities disappear, neither from the state nor from the Knesset.

Netanyahu started with raising the electoral threshold to harm Arab representation in Knesset and continued with a blatant incitement against Arab citizens on election day. But these measures gave birth to the Joint List, the third-largest faction in the Knesset. Now Prime Minister Netanyahu has devised a new way to deny Israel’s Arab minority of representation. He made the megalomaniac assumption (which, unfortunately, isn’t divorced from reality) that ninety MKs would join him to suspend Arab MKs from the Knesset. Such a measure has a name: it’s called the tyranny of the majority. This is a danger lurking on the doorstep of every democracy. I hereby announce that you will not find my name among the ninety.