Netanyahu: ‘Strong against Hamas?’ But Afraid of a Journalist

Netanyahu: ‘Strong against Hamas?’ But Afraid of a Journalist

Yesterday Prime Minister Benjamin Netanyahu gave an interview to every Israeli T.V. station, except for one, Channel 10. Netanyahu offered Channel 10 an interview but only under the condition that veteran journalist Raviv Drucker would not be present. Drucker is a journalist with teeth. He is the chairman and co-founder of the Movement for Freedom of Information in Israel and is known to have instigated police investigations against Ehud Barak, Ehud Olmert and Binaymin Netanyahu. Channel 10 refused to accept Netanyahu’s conditions.

In response, Israeli social media has been celebrating Netanyahu’s apprehension. A new Facebook page called “We are with Drucker” or “Je suis Raviv” with ads like “Strong Against Hamas? Afraid of Raviv Drucker!” as seen below. 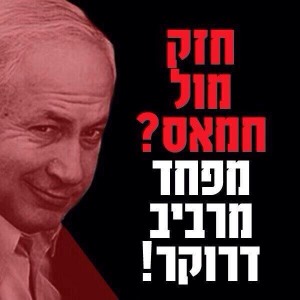 Meretz candidate Mossi Raz observed that “Netanyahu knows that his time has passed and he is afraid to face harsh criticism.” This is clearly true.

But this excommunication of a brave and biting journalist is indicative of a deeper and more dangerous problem. As Yair Trachicky, the chairman of the Israeli Press Organization, wrote in Haaretz yesterday, Netanyahu has been fighting against the free press throughout his term as Prime Minister. He has tried on six different occasions to multiply the compensation for libel without proof of damage; he has repeatedly attempted to damage, and nearly closed, Channel 10 for investigating the “Bibi-tours” affair which alleged that wealthy, foreign donors had footed the bill for flights, hotel stays, and dining on trips abroad by Netanyahu and his family from the late 1990s to early 2000s; and he has meddled in Israel Broadcasting Authority‘s hiring decisions, including appointing friendly executives and dismissing critical journalists.

By vetoing an interview with Raviv Drucker, Netanyahu reveals that he is unwilling to answer Drucker’s critical questions. Journalist Ben Caspit wrote in response: “This is a time of emergency, all the red lights are blinking. This is a battle for democracy and against dictatorship. Anyone who believes that we can still fight for this place [Israel] has to pitch in. All free media in Israel should declare that they will not interview Netanyahu if he excommunicates Raviv Drucker.”

This election is indeed about free speech and freedom of the press. In 2014 Israel was number 96 in Reporters without Borders World Press Freedom Index, slightly better than Kyrgyzstan though worse than Zambia and Kuwait. 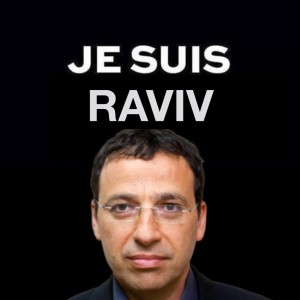