The Mossawa Center, the Advocacy Center for Palestinian Arab citizens in Israel, was established in 1999 in order to promote the economic, social, cultural, and political rights of the Palestinian Arab minority in Israel, and the recognition of this community as a national indigenous minority with its own national, cultural, and historical distinctiveness. In addition, the Mossawa Center seeks to promote a democratic society and acts against all forms of discrimination.

The Mossawa Center engages in a variety of spheres to achieve its mission, including:

The population of Palestinian Arabs in Israel is 1.8 million, representing 21 percent of the total Israeli population. (This number does not include Palestinians living in the occupied territories, who do not have citizenship.) Most live in Arab-majority towns and cities such as Nazareth, Umm al-Fahm, and Rahat, and in mixed Arab-Jewish cities such as Haifa and Acre.

The Israeli government has consistently and systematically discriminated against the Palestinian Arab community, despite their status as citizens, since the country’s founding in 1948, and over the last 15 years, discrimination and racism against minority groups has increased significantly. This discrimination manifests itself in many aspects of daily life for Palestinian Arab citizens. The Arab community in Israel suffers from land confiscation and inequitable administration, home demolitions, systematic attacks on their civil rights, and racial incitement. Moreover, as a result of discrimination in state budgeting, nearly 50 percent of Palestinian Arab families live below the national poverty line and eight of the ten poorest localities in Israel are Arab towns.

The Mossawa Center is the only civil society organization in Israel that comprehensively analyzes the state budget and its implications for the country’s Palestinian Arab citizens. The Center produces a report each year on the needs of the community in contrast to the budget allocated to it. The Mossawa Center’s State Budget Analysis provides members of the Knesset, civil society organizations, local authorities, and citizens with the details needed to effectively advocate for more equitable fiscal policy. The Mossawa Center also engages in direct advocacy regarding the state budget – on the Knesset and governmental levels, as well as in the court system.

Besides discrimination in state budgeting on the national level, one of the greatest impediments to the socioeconomic wellbeing of the Palestinian Arab community is the ecnomic health of Arab local authorities. Drawing on its state budget expertise, the Mossawa Center works with local authorities to access funds from the central government, and to build and implement budgets in an effective manner. Since 2017, the Mossawa Center has been working with the Palestinian Arab village of Jisr al-Zarqa – the poorest locality in Israel – where the majority of inhabitants live below the poverty line. The Mossawa Center, in cooperation with local authorities, the Arab Center for Alternative Planning, and the Legal Clinics at Tel Aviv University, has begun to unlock Jisr al-Zarqa’s economic potential. The ongoing project has so far resulted in the allocation of millions of shekels, vast infrastructural improvements, and increased involvement of the community in the village’s future.

The Israeli legal system has been riddled for decades with institutionalized discrimination against its Palestinian Arab citizens – despite their supposdely equal status as citizens of the state. The Mossawa Center seeks to transform this reality, advocating for equal rights through legislation and challenging discriminatory laws through litigation.

In the current political climate, with the rate and scope of legislative attacks on the Palestinian Arab community on the rise, the Mossawa Center’s legal advocacy team has found itself increasingly on the defensive, monitoring and combating a raft of discriminatory legislation.

In July 2018, for example, the Israeli parliament passed the highly contentious “Israel as the Nation-State of the Jewish People” law. As a Basic Law, it enshrines in constitutional statute the second-class status of Palestinian Arab citizens of Israel, downgrading the standing of the Arabic language and explicitly denying non-Jews the right to national self-determination. The law also allows for segregation in housing and planning, a practice that was formerly rampant but had at least been subject to judicial recourse. The law repeatedly privileges the State’s Jewish identity, without once referencing equality or democracy.

In the most recent Knesset, the Mossawa Center engaged in extensive advocacy against Culture Minister Miri Regev’s “Loyalty in Culture” bill, which seeks to silence Palestinian and progressive cultural institutions that are critical of the state and its policies. Fortunately, this bill was shelved – but other discriminatory pieces of legislation have made it through the Knesset in recent years, including: The Expulsion Law (designed to make it easier to expel Palestinian Arab Knesset members); the Kaminitz Law (aimed at construction in the Arab sector); and the NGO Law (aimed at limiting the activtiy of anti-occupation nonprofit organizations).

The Mossawa Center also engages in strategic litigation on behalf of Palestinian Arab citizens, as well as on behalf of the greater public interest. Areas of litigation include issues of police brutality and racial incitement, as well as discrimination in social, economic, and cultural spheres.

Palestinian Arab Citizens of Israel During the COVID-19 Outbreak

Amid the coronavirus pandemic, the Palestinian Arab community in Israel has had to deal with another major problem: Deliberate failure by the Israeli government to address its public health needs. In response, the Mossawa Center has stepped in to lead an intense advocacy and awareness campaign in order to help the Palestinian Arab community in Israel cope with the COVID-19 outbreak. We were on the front line as one of the first organizations to produce and broadcast videos in the Arabic language with Palestinian Arab medical professionals, and we flooded the media on the needs of the community. Here are some more of the other projects and initiatives we have carried out over the last few months to address the crisis.

At the outset of the outbreak, testing facilities and healthcare services were concentrated exclusively in major Jewish localities. Thanks to intense advocacy, however, we were able to accomplish the following in the Palestinian Arab community:

One of the most dangerous problems facing the Palestinian Arab community amidst the outbreak has been the lack of information provided to it by the government. Consequently, we have worked to fill this need by:

Scarcity of food and welfare services has emerged as another problem that will impact the Palestinian Arab community disproportionately. In response, we are working to combat the issue by:

In cooperation with the High Follow-Up Committee and others, we have established a robust network in order to ensure that our efforts are carried out effectively and maintained successfully throughout the Palestinian Arab community. We have done so by:

Additional information about the Mossawa Center and all our efforts can be found on our website in English, http://www.mossawa.org/eng/ 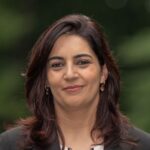