Millennials, It is Time to Make Our Power Known

Millennials, It is Time to Make Our Power Known

Millennials, It is Time to Make Our Power Known
By Zach Shartiag

Scroll through social media, turn on TV, read a newspaper, and there will probably be an article talking about Millennials ruining something. We’ve killed marriage, napkins, focus groups, wine corks, and home ownership, among other things.  We also (allegedly) don’t vote, are apathetic, and don’t care about social issues. I’ve always been particularly struck by the claim that millennials have ruined institutional Jewish life.

I heard this when I worked as a campus director at a non-partisan Israel education non- profit and was asked by donors, leaders, and supervisors why this was happening. Millennials are deeply committed to human rights, and to making the world a better place. We are very globally aware, and our values are universal. For over 10 years, I have seen Jewish institutions and Israel move away from these universal values and the commitment to dignity and emancipation that are  foundational both of Israel and of Judaism. It is time to shake the system up.

Contrary to popular belief, Gen Z and Millennials aren’t apathetic about social issues.  We’re well-studied generations and poll after poll shows our top concerns include the environment, human rights, eliminating poverty and hunger, immigration, and LGBT rights but we are also unsure of how best to tackle the major issues that will affect and currently are affecting us, and that includes voting.

We do our best to live our values. An increasing number of Millennials and Gen Z’ers want to work for an ethical employer, whose company purpose and mission are backed up by its policies and practices. Why would we expect anything less from our local Federations and institutions? For example, the same institutions who wonder where Millennials are hiding also sponsor “pro-Israel” speakers who are anti-LGBTQ rights, anti-abortion, and racist. It shouldn’t be a surprise that Jewish youth choose to not affiliate with these institutions. The hypocrisy is rank, and we’re tired of it.

Millennials, we have a chance to do something about this with the upcoming WZC elections. To change oppressive structures, we must get involved. It’s challenging, difficult work. It is easy to dismiss the elections as serving a flawed institution.

However, this is our chance, as proud progressives, to push back against the Zionist Right. They will show up, and if we fail to, we have effectively ceded our spot at the table. Conservatives understand the value of showing up to elections — we need only look at the devastation caused by ten years of conservative takeovers of school boards, city councils, and state legislatures to see what could happen to the WZC.

As progressives, we must resist creeping annexation, religious intolerance, and deepening divides between the Diaspora and Israel. Moreover, one billion dollars of annual funding and seats on long-term strategy and policy committees are on the line. These committees advise on policies regarding settlements, the Diaspora, Israel activities, anti-semitism, and religious issues — some of the most commonly cited areas of frustration for young American Jews.

How does your vote help reform a broken institution? With your votes, we can exert direct influence on committees that fund projects over the Green Line, working to close the open checkbook that pays for the occupation. We can make the committee on anti-semitism to take the issue of white supremacy seriously, and actually begin to fund initiatives to fight it from an institutional standpoint.

The current Israeli government incites violence against its Arab citizens, routinely insults Israel’s LGBTQ community, and dismisses the diaspora. The Republican party has developed selective listening when it comes to anti-semitism, siding with a small, well-funded radical minority instead of listening to the large liberal majority of their Jewish constituents.

Seventy-nine percent of Jews voted for Democrats in 2018. Imagine if the American delegation at the WZC had that many members advocating for progressive values. That would start the structural changes that will impact me and other Millennials for years to come. If we don’t vote, these institutions will continue to drive away young Jews. This is a critical turning point for our generation.

Only Hatikvah embodies the values of human rights, dignity for all, and true representation of the Jewish community. Over half the slate is women, we’re located just about everywhere in America, and we have an incredible number of Jews of color, Sephardi, and Mizrahi Jews. Hatikvah’s platform embodies the values of Millenials and Gen Z — explicit commitments to the environment, human rights, a just two-state 4solution, and LGBT rights. We speak explicitly about ensuring equal pay for equal work — for Israeli, Palestinian, and American women. With over a billion dollars per year, we can transform our institutional priorities, I believe, for the better. It doesn’t always feel like institutions pay close attention to the grassroots, but they do — and it’s time to make our power known.

The money that we can help allocate will make an actual difference in the lives of everyday Israelis. I am inspired by Israel’s Declaration of Independence, which proclaims that Israel “will be based on the precepts of liberty, justice and peace as taught by the Prophets; and will uphold the full social and political equality of all its citizens, without distinction of race, creed, or sex; and will guarantee full freedom of conscience, worship, education, and culture.” Israel has been drifting away from these values, but it doesn’t have to be this way. We can repair Millennials’ relationship with institutions, build our relationship with Israel, and build a more just world for us, for Palestinians, and for everyone. 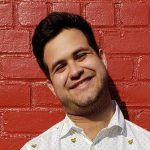 Zach Shartiag is a Higher Education consultant and former Jewish non-profit professional.  He is the Deputy Secretary for the Young Democrats of America (YDA) and is the Political Director for the YDA Jewish Caucus. He is proudly running on the Hatikvah Slate for the World Zionist Congress elections and resides in West Lafayette, IN.