Meretz: The Little Post-Zionist Party that Couldn’t?
By Ron Skolnik

In late October 2017, the rightwing Israeli newspaper Makor Rishon issued a thunderous headline: “It’s Official: Meretz is No Longer a Zionist Party.” The headline came in the wake of a call by an activist at the Meretz party convention to “fold up the Zionist banner,” which led an intrepid reporter to the revelation that, starting in 2009, Meretz had removed all references to “Zionism” from its platform. By comparison, the party’s earlier platforms had, for example, called peace with Israel’s neighbors “a decisive chapter in the realization of the Zionist vision” and outlined a government policy on religion and state that would implement “the values of humanistic Zionism.” Now the word was gone.

The reactions issued by various senior Meretz figures were inconsistent. Here’s a sample: “Meretz is a non- Zionist Israeli party belonging to all citizens;” “Meretz is Zionist, while it has non-Zionist members;” “Meretz has never been defined as a Zionist party;” “We are an integral part of the Zionist system;” and “Meretz is a Zionist left party, an Israeli party with Jewish and Arab members.” An official party response was soon issued in an attempt to incorporate these seemingly conflicting viewpoints.

None of this is meant to mock the Meretz party, which failed to clear the minimum vote threshold in Israel’s November 1 Knesset elections and might never return. Since the days of socialist-Zionist Nachum Syrkin and Marxist-Zionist Dov Ber Borochov around the turn of the twentieth century, it has been an ongoing struggle to balance a universalist approach, which implies equality and inclusion, with the particularism inherent in even the most minimal goal of the Zionist movement – national liberation and self-determination for the Jewish people specifically. Meretz, in this sense, was just the latest in a series of attempts to square this ideological circle.

And attempt it sincerely did. Within Israel’s Jewish community, Meretz was always ahead of its time in its demand for full equality for Arab citizens. In its second election platform, in 1996, for instance, before the anti-Zionist Balad party ever entered the Knesset, it broke new ground by defining Israel as “the state of all its citizens, Jews and Arabs alike,” who are entitled to “completely equal rights and fully equal opportunities in all areas of life.” At the same time, Meretz would always define Israel as the national homeland of the Jewish people as well, and this meant that Jews would still get preferential treatment when it came to immigration. But, its platform stressed, that preference should only get Diaspora Jews “through the door” and should grant no advantage whatsoever once inside. On the contrary, Meretz also demanded a policy of affirmative action in order to rectify a history of anti-Arab inequality.

Ten years later, Meretz’s platform went further. The party had always supported the right of individual Arab citizens to “give expression” to “their language, culture, and heritage” as “part of the Palestinian-Arab people.” In 2006, however, Meretz called for the “recognition of the Arab minority as a national minority with collective rights” [emphasis added]. Symbolically, Meretz also proposed that the State’s official calendar be expanded beyond Jewish holidays to include those of Islam, Christianity, and the Druze religion in order to formally reflect “the multicultural Israeli reality.” While Meretz never went so far as to call Israel a binational state or propose scrapping the Law of Return, it recognized that Israel was home to two nations, and its platform suggested a path of expanded ethnic and cultural autonomy as a possible solution: “Every group will nurture its heritage” in “any dimension” and will be entitled to public support. Reading between the lines, while Meretz did not embrace the Palestinian narrative, it certainly regarded it as legitimate enough to coexist with the Zionist narrative in Israel’s public life.

Post-Zionism, according to one useful definition, holds that Israel, having become an established reality, must now “focus on the practical aspects of being a ‘normal’ nation for all of its citizens.” In this sense, while Meretz never actually defined itself as “post-Zionist,” its proposals did “look, walk, and quack” a bit like it. And its platforms were periodically reinforced by the public statements of its senior leadership. In a 2017 interview, for example, former MK Ilan Gilon (z”l) called for a “new version” of Zionism, saying: “We built a state, the national project is spent. Enough already.” Gilon’s new Zionism would be the universalist “socialism,” but “with a soul,” as he put it. Zehava Galon, who led Meretz in the years 2012-2018, and then again in the 2022 election campaign, stated similarly in an interview this year that the goal of Zionism had been creating Israel in 1948, and that that struggle, “is behind us.” Therefore, she said, she defined Meretz not as a Zionist party, but as an “Israeli party” that would be an “open house” to Jews and Arabs, Zionists and non-Zionists alike. Indeed, former MK Mossi Raz even suggested last year that Zionism didn’t necessarily require a State of Israel: “My Zionism [is] the right of the Jewish people to implement [our] national rights, and that might be in one state, in two states, in a binational state.”

Nonetheless, Meretz, for all its quasi-post-Zionism, remained an essentially Jewish party. And while it gradually made strides toward internal Jewish-Arab equality, it never completely got there. In 2020, Uri Zaki, chair of the Meretz executive, described approvingly what a fully integrated Jewish-Arab party would look like in practice, citing the example of the Israeli NGO Standing Together and its model of equal power “at every level of operation” including “the choice of issues, activity in Arab and Jewish communities, egalitarian publications in both languages [Hebrew and Arabic], and, of course – [joint] Jewish-Arab leadership.”

Such currents have been brewing in Meretz circles over the past few years. In 2019, Meretz’s “Forum for Jewish- Arab Partnership” urged the party to unite with the predominantly Arab Hadash and Ta’al parties – but, if that were not possible, to become a fully equal Jewish- Arab party with Jewish and Arab co-chairs “in every official party institution,” all the way up to chair. An initiative in this spirit was even brought to the party convention soon after, with Raz and then-MK Esawi Frej announcing their joint candidacy to be Jewish and Arab co-chairs, and proposing that the party amend its bylaws to allow such a run. But the proposal failed to gain sufficient traction and was defeated at the June 2019 Meretz convention.

The composition of Meretz’s leadership also embedded the notion that this was essentially a Jewish and Zionist party. The party’s three constituent elements, Ratz, Mapam, and Shinui, were all part of the Zionist milieu. And in its first twenty years of existence, through six election campaigns, Meretz never placed more than one Arab candidate in its top ten, and, with one exception, always in the ninth or tenth slot. It was only in the 2013 election that an Arab candidate (Frej) managed to crack the top five, and not until 2019 was there more than one Arab candidate among the top ten. In addition, the job of party chair, as Galon stressed earlier this year amid another public brouhaha over Meretz’s identity, was always held by a leader who considered themselves a Zionist. In other words, while Arab members were certainly welcome, it was Jewish Israelis who exercised effective control.

It is hardly surprising, therefore, that Meretz’s voter base always remained predominantly Jewish and that the party struggled to make significant inroads in the Arab community, a constituency increasingly dominated by non-Zionist parties that speak its language – literally – and expressly represent its minority interests.

It could be said, then, that Meretz’s undoing ultimately stemmed from the fact that it was both too Zionist and yet not Zionist enough, and therefore unable to root itself sufficiently in either the Arab or Jewish sectors. Though it directed itself first and foremost to Israel’s Jewish community, it expressed itself in a manner that a growing number of Jewish Israelis found foreign and threatening. As Jewish Israelis moved steadily to the right over the last two decades, Meretz in its final years was tracking the opposite way, toward greater equality and inclusivity and a more vocal rejection of the mainstream Zionist perception that Israel, by definition as a “Jewish state,” should guarantee Jewish primacy. For most Jewish Israelis, in other words, Meretz was just not sufficiently loyal to the Jewish “team.”

Israeli voting choices are largely determined by identity politics and that’s certainly true for “niche” parties like Meretz. But if, as Zehava Galon said, Meretz wished to be an “Israeli party” that went beyond being Jewish or Arab, then certainly it required a constituency that defined itself likewise. That, both the data and experience suggest, is in rather short supply.

In 2000, Prof. Uzzi Ornan requested to amend his Israeli ID card so that the section listing his nationality (“le’om”) would contain the word “Israeli” instead of “Jewish” – one of the standard designations used by the Ministry of Interior, which include “Arab” as well. The Ministry turned him down. Together with a group of co-petitioners, including Meretz co-founder, Shulamit Aloni, Ornan eventually submitted one last appeal to Israel’s Supreme Court, arguing that Israel’s creation had also given birth to a distinct “Israeli” nation with which he was entitled to officially identify. But the Supreme Court firmly rejected the claim, ruling that there was no proof that a such a nation had in fact developed and, furthermore, that such a nationality, uniting all Israeli citizens, would “run contrary to Israel’s Jewish nature.”

On November 4, 2022, three days after Israel’s election, Prof. Ornan passed away at the age of 99. As for Meretz, perhaps it will yet return and become the “Israeli party” that Galon imagined it could be – or, if not, at least have paved the way for such a political force that will one day stand on its shoulders. 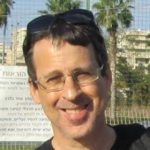 Ron Skolnik is an American-Israeli political columnist and public speaker, whose articles have appeared in a variety of publications, including Haaretz, Al- Monitor, Tikkun, the Forward, Jewish Currents, & the Palestine-Israel Journal.