The bill promotes a distinction between the sovereign State of Israel and the illegal outposts and settlements, and includes support for aid to Israel … 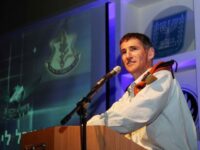 Prime Minister Bennett: It’s our responsibility to do all that we can not to bequeath the conflict to the next generations. Instead of letting the extremist right continue to threaten the country’s future, the time has come to make bold decisions and advance laws like the Two-State Solution Act in Israel’s Knesset as well.

To read an article by MK Yair Golan, explaining the importance to Israel and Israeli democracy of the Two-State Solution Act, go to his blog page at the Times of Israel website.

*Partners for Progressive Israel has proudly endorsed the Two-State Solution Act. To learn why you should and how you can encourage your Congressional representative to add their name to the Act’s growing list of cosponsors, click here.