.
Mehazkim is a progressive digital movement. Our platform connects and empowers organizations, initiatives, protests, and struggles for a more just, equal, safe, and democratic Israel. We harness the power of social media and, through digital organizing and mobilizing, we unite the liberal camp and build political power.

Mehazkim was founded in early 2015, a time when social media was becoming the town square for political debate. In many ways, Mehazkim is our answer to the years-long delegitimization of progressive and liberal voices in Israel. The word “Leftist” (“Smolani”) had already become a slur, insinuating that a person is no less than a traitor against the country. Netanyahu and his supporters were organized with a massively funded mobilization infrastructure, and on the other side, the Israeli leftwing was disorganized and somewhat engulfed in a sense of moral superiority, as if arguing online was “beneath them”.

Nor were the effects of delegitimization online only – they were having real-world physical consequences, such as intimidation and actual violent attacks against progressives, which have become part of the “new normal”. This feeling of political persecution and loneliness was a wake-up call to many activists, among them Ori Kol. Ori is a Tel Aviv born-and-raised left-wing political activist, and he realized that there is an urgent need to fight the delegitimization efforts against people like him, who believe in equality, peace, and social justice. 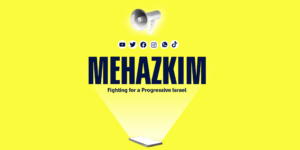 Ori was convinced that the digital battleground is not only a place we cannot abandon, but that it is the perfect arena to create collaborations and unite progressive forces and efforts. Ori joined a small Facebook group called “strengthening the left online” and became very active in that progressive digital community.

In the coming weeks, this group evolved into the first large-scale digital organizing and mobilizing effort in the Israeli leftwing, attracting thousands of people to take an active role in rebuilding a sense of pride among progressives. The group became an instrument to create real impact on online discourse, mobilizing members to defend left-wing politicians and organizations, and to call out dog whistling of racism and hate speech online. As the community grew, it created solidarity and provided its members with an experience of success and a sense of meaning. Ori realized he was sitting in the middle of a massive intersection, a hub of political content that could be amplified by the members of the community.

Ori founded ‘Mehazkim’ (in Hebrew: ‘Strengthening’ or ‘Empowering’) as a progressive digital movement working to promote the values, ideas, and solutions of the Israeli left. Ori believed that through effective digital campaigns and inclusive collaborations, Israeli progressives would evolve and build an attractive and winning political camp. Mehazkim is that platform for empowerment. It is a megaphone for progressives.

We love Israel. It’s our home, and we think it is worth fighting for. So we celebrate the things worth celebrating here, but we also criticize and fight to fix the things that need fixing. We abhor the anti-democratic, anti-liberal trends which have infected Israel’s society and political discourse, and we’ve made it our mission to build an appealing and winning political alternative.

There is a discrepancy between Israel’s ideological and electoral realities. Although there is a longstanding, solid majority of support among Israelis for the two-state solution, equal rights for the LGBTQ+ community, social democratic policies like raising the minimum wage and expanding public spending – the political parties which represent these issues have, so far, been unsuccessful in gaining traction. The cause for this discrepancy is a combination of the delegitimization of the left-wing identity and brand, as well as the growing personalization of Israeli politics and the rise of political “centrism”. This trend is embodied in the entry into politics of Yair Lapid a decade ago, and of Benny Gantz more recently. 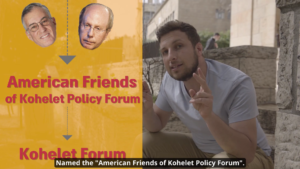 Fearing they would be branded as “leftists”, Lapid, Gantz, and others created a new “centrist” political discourse defined by blurred positions and a lack of political coherence. We at Mehazkim are here to polarize issues (though not people), by presenting to the public a clear-cut and distinct choice between two competing visions for the future of Israel. We understand that in order to be a majority, we need to persuade the middle. We choose to do exactly that, not by disguising our values, or “meeting people where they’re at”, but by inspiring, empowering, and energizing our base to spread our messages. This is how we do our activism.

In the non-digital world, resources like donations, media coverage, staff, and volunteers are limited and finite. This causes an inherent tension among organizations, even when they’re allied. But digital activism is not a zero-sum game. There are enough “likes” and “shares” for all of us. We can support others in their struggles, and expect support when we lead a campaign. Not only are we stronger together – we also derive more power from our diversity. Through inclusive collaborations online, we can offer the public a consistent, coherent, holistic agenda, and a wide array of actions and ways to promote this agenda.

Since our establishment, Mehazkim has led dozens of campaigns: against incitement and racism, for social justice, for human rights – and overall for a united, broad, and strong progressive camp. Here are just a few examples:

We are leading the struggle against the Kohelet Policy Forum, the ultra-conservative Israeli think tank, which is funded by American liberterian billionaires aligned with the Koch brothers. Kohelet imports the once-fringe ideas and talking points that are gaining traction in the Republican Party, and attempts to promote in Israel the dismantling of the social security system, unionized labor, and the welfare state. Kohelet also supports Jewish supremacy and is working to undermine Israeli liberal democracy. The Kohelet Policy Forum was long operating in the shadows, pushing its agenda unencumbered. We exposed their real face, program, and previously anonymous donors, and we continue to combat them on the battleground of social media and public opinion.

We are also leading the political effort to designate extreme right-wing Jewish supremacists as domestic terrorists, and are calling to outlaw the Kahanist movement ‘Lehava’. We exposed the secret money trail which allows these violent extremists to arm themselves. We challenge and pressure our representatives to act decisively and use their power to criminalize hate-spewing, racist, dangerous organizations such as Lehava.

Since 2020, Mehazkim has also been supporting groups and organizations in the anti-corruption movement. In this context, we co-created ‘FakeReporter’ – an Israeli disinformation watchdog initiative aimed at combating malicious online activity.

One of our core values is Jewish-Arab partnership inside Israel. We see this issue as a key part of our vision for Israel’s future. Jews and Arabs, Israelis and Palestinians are meant to share this land, the homeland of both peoples. Because our audience and community is mostly Jewish-Israeli, we prioritize content that humanizes and legitimizes the Palestinian identity of the Arab citizens of Israel, as well as their voices, stories, and struggles. 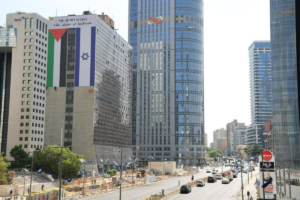 Last June, for example, we put up a giant billboard in downtown Tel Aviv with the Israeli and Palestinian flags side-by-side, together with the caption “we are meant to live together” in both Hebrew and Arabic. The background to this campaign was a legislative initiative by the Likud that targeted the national identity of Palestinian citizens of Israel. Our campaign sparked a nationwide public debate about the legitimate place for the Palestinian identity of Arab citizens.

In our seven years of existence, Mehazkim has developed an expertise in the creation and distribution of effective political content online. We post around 10 Facebook posts a day, every single day. We publish content from organizations, politicians, activists, and ordinary people who post personal and political content that  is both inspiring and mobilizing. We have become the most powerful, independent political content platform on Israeli Facebook – with content that is fearless and bold, and which reaches two million people a month and attracts 20 million interactions a year.

We are active on all social networks – Facebook, Twitter, Instagram, Whatsapp, and even TikTok, because we believe that the way to promote our worldview is to give it exposure, in a positive and mobilizing way, even to people who may still not agree with us. No arena should be abandoned. We create specific content for each different platform – our TikTok feed, for example, is different from our Twitter or our Instagram. We are a data-driven operation, and we stay up to date with the latest professional social media trends, testing new tools and methods, and developing the principles for online community organizing and mobilizing.

Mehazkim is also a central and leading actor in building digital communities: We manage more than 100 groups on Whatsapp and Facebook and these forums serve as a source for updates, information, and talking points for progressive activists, as well as a space for internal political discussions and large-scale collective political action.

From the start, we adopted an “elbows down mentality”, meaning that we share our expertise and knowledge with our partners and allies. We want to see more and more progressive political actors build an effective digital presence. In the past three years, we have conducted training workshops for dozens of organizations and groups, and promoted strategic moves in collaboration with large organizations from the pro-democracy camp. We act as a platform to get the messages of progressives out to a massive audience. We see ourselves not only as an external-facing actor, but as a place which brings people together – to discuss, to argue, to respectfully disagree, and to celebrate our ability to share a vision of a government and country that works for all of us – no exceptions.

Mehazkim is here to unite the progressive camp and help it win. In the coming years, Mehazkim is going to continue to lead the political-digital field, conduct workshops and training, and promote a better future for all the residents of this land. 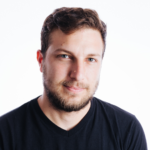 Eran Nissan is the CEO of Mehazkim. Prior to joining Mehazkim, Eran headed the Education and Advocacy Department at ‘Peace Now’. Eran holds a B.A. in Political Science & Philosophy from Ben-Gurion University and an M.A. in Emergency and Disaster Management from Tel Aviv University. Eran is a certified dog trainer, and volunteers at Magen David-Adom as an EMT and an ambulance driver.