Arab-Jewish Unity, Unburdened from Occupation:
Lessons from a Lone Jew in Jordan
By Avraham Spraragen

For the past six months, I lived as a lone Jew in   Jordan, studying   the   Arabic   language, traveling the country widely, and developing lifelong friendships. Concurrent with my daily classes in Amman, I served as a remote intern at Partners for Progressive Israel (PPI), to advance the PPI goals of Israeli-Palestinian peace and Arab-Jewish unity. Inside the classroom, I studied the Arabic dialect spoken by millions of Palestinians under occupation, in Jordan and elsewhere.  Outside the classroom, I worked with Partners to combat the Israeli occupation of Palestinians, some of whom are relatives of my Palestinian-Jordanian friends in Amman. Although I witnessed the daily hardships of Palestinian refugees living in cities and camps throughout the Hashemite Kingdom, I began to consider my overall experience in Jordan as a living testament to the potential for Arab- Jewish unity on the path toward Israeli-Palestinian peace. However, as long as Israel’s occupation persists, true people-to-people peacebuilding is a pipedream.

The 1994 Israel-Jordan peace treaty, signed by the late Israeli Prime Minister Yitzhak Rabin and the father of the current Jordanian king, promised to “end the bloodshed and sorrow.” While the treaty did end the ‘bloodshed’ of Arab-Israeli wars, it did not end the ‘sorrow’ of perpetual occupation and the consequent hostility between Israeli and Jordanian societies. The 1994 treaty, negotiated by U.S. President Bill Clinton, established strategic government-to-government relations without forging meaningful people-to-people ties. This cold peace that continues today created a dichotomy along my journey in Jordan.

During my half-year stay, Israeli government officials frequently visited King Abdullah II bin Al-Hussein at his Amman palace, albeit in secret. First, there was Defense Minister Benny Gantz, followed by then- Alternate Prime Minister/Foreign Minister Yair Lapid, and later President Isaac Herzog. The king rolled out the red carpet for the Israeli president, and even displayed the Israeli flag at his palace for the first time. He did so again this summer, when he welcomed now-Prime Minister Lapid to Amman. These visits bore diplomatic fruit, particularly during the period of heightened tensions on the Temple Mount/Haram al-Sharif on Ramadan/Passover 2022, but they had to be hidden from the Jordanian people because of the continued mutual hostility between the two societies. Indeed, the Royal Hashemite Court kept each of these Israeli visits secret until Gantz, Lapid, and Herzog crossed back over the King Hussein/Allenby Bridge. The state of the long-cold Israeli-Jordanian peace is emblemized by the necessity of sneaking top Israeli leaders out of the country, lest they be discovered by ordinary Jordanians. 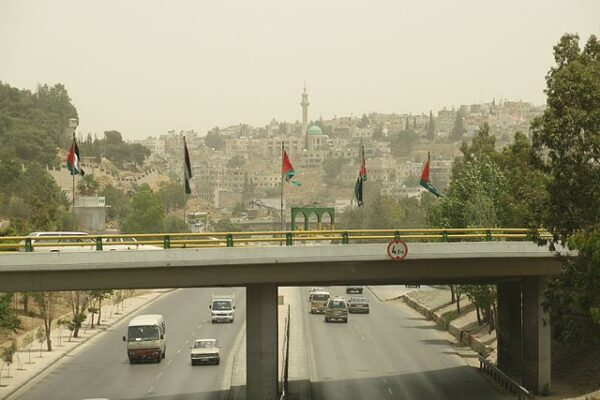 The Hashemite custodianship of Islamic holy sites in Jerusalem, dating back to Mandatory Palestine, was reaffirmed by the Israel-Jordan peace treaty. In 1994, Israel agreed to “respect the present special role of the Hashemite Kingdom of Jordan in Muslim Holy shrines in Jerusalem.” King Abdullah II played this ‘special role’ in April 2022; when Ramadan and Passover converged, and regional violence ensued, Jordan accordingly coordinated with Israel to ease tensions. Israeli Public Security Minister Omer Bar-Lev  and  Jordanian Foreign Minister Ayman Safadi met as part of the joint Israeli-Jordanian effort to keep the calm in Jerusalem. Yet again, they had to meet in secret. Furthermore, when Lapid brought the Abraham Accords signatories together in Israel for the Negev Summit in March 2022, the Egyptian foreign minister attended but Safadi did not. Jordanian society has made it clear that so long as the Israeli occupation persists, such cooperation cannot be carried out in the open.

The rigid societal-governmental dichotomy I observed in Jordan was on full display when the Israeli- Jordanian agreements on solar energy, water, and trade were announced. In defiance of Jordanian society, the Jordanian government signed an agreement with Israel at the 2021 Dubai Expo for a solar power plant in Jordan to generate electricity for Israel and for a desalination plant in Israel to send water to Jordan. As I was departing from the region last month, Jordan signed another agreement with Israel to establish a joint Israeli- Jordanian industrial park called the “Jordan Gateway,” on their shared border connected by an existing bridge, for increased trade and business collaboration. Meanwhile, a recent poll by the Washington Institute for Near East Policy found that an overwhelming majority of ordinary Jordanians oppose such contacts with Israelis as long as Palestinians remain under occupation. Consequently, non-governmental Israeli- Jordanian contacts are severely limited.

Except for the occasional Israeli tourist hiking through Petra, civilian interaction is effectively non-existent, including in the NGO and academic realms. The sole non-governmental organization with offices in Tel Aviv, Ramallah, and Amman is EcoPeace Middle East, an environmental peace-building NGO, which works with Partners as well. The Center for Israel Studies in Jordan, the first and only Jordanian center for the study of Israeli politics and society, founded in 2014 by a Jordanian scholar of Israel, was forced to relocate to Dubai. Approximately 70 percent of the Jordanian population is of Palestinian origin, exiled to Jordan and unable to return to Palestine.  Understandably, this predominantly-Palestinian population is hesitant about forging meaningful   people-to-people ties, whether Arab-Jewish or Israeli-Palestinian, while their brethren in the West Bank and the Gaza Strip remain under occupation.

This tragedy is compounded by the tremendous untapped potential for Arab-Jewish unity that I observed every day in Amman. I lived as a proud Jew in the Arab Muslim world for six months and had the privilege of befriending Arabs and Muslims, Jordanians and Palestinians. My friends invited me into their homes during the Islamic holy month of Ramadan to celebrate their Iftar (the evening meal that breaks the daily fast). They refer to Muslims and Jews (as well as Christians) as “People of the Book” and expressed their interfaith curiosity. Many ordinary Jordanians that I met were eager to learn about Jewish history, beliefs, and customs, especially the similarities to Islam.

Though antisemitism lingers in Jordan, as I described in Haaretz, I have begun a Master of Arts in Arabic Studies at Georgetown, inspired by the potential for Arab-Jewish unity in Jordan and beyond. Crucially, in order to tap into this potential, the decades of Israeli military occupation must come to an end. Partners for Progressive Israel is on the frontlines in this fight, for a future of Arab-Jewish unity in Israel-Palestine and the wider region. Unburdened by occupation, Jews and Arabs like me and my Jordanian friends could finally come together for meaningful cultural exchange, as should be our shared destiny as fellow “Peoples of the Book.” 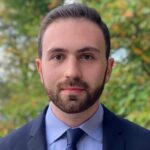 Avraham Spraragen is a dual JD-MA Arab Studies degree candidate at Georgetown University. He previously studied at the Hebrew University of Jerusalem and Tel Aviv University.