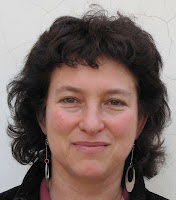 Since the last elections in Israel, just about half a year ago, it has become very popular to talk about the “new” politics.  Yair Lapid and Naftali Bennett are considered its representatives. What is this “new” politics?

A generous definition might suggest that it is about relatively young, new politicians with a lot of charisma. The two parties that these men brought in hold 31 seats in the Knesset, more than 25% of the legislature. Overall, approximately 50% of the new MKs are new — a massive turnover by any standard.  Voter particiapation was slightly up from the last elections. Sounds good.

But what is lacking, and what are the results so far? Both parties have been fuzzy, at best, in setting out their agenda. Their ideology is remarkable fluid: Lapid spoke out and criticized the outgoing government for raising expenditures on the settlements by more than 30%, but now says he is in favor of their continued expansion.  Bennett appealed to an audience of the moderate religious and non-religious right-wingers, but has now announced the creation of a new department within the Ministry for Religious Services that will deal with “Jewish identity” and by all reports is intended to be a proselytizing force for the Orthodox. Its head, appointed by Bennett, was probably the most extreme army rabbi ever appointed and was responsible over the last ten years for the transformation of the army into a battleground for religious coercion and women’s exclusion, two areas formerly antithetical to the IDF.

Despite voicing sympathy, during their campaigns, to the social protests of two summers ago, both have been backing an extraordinarily anti-social budget; the only significant change made from the committee formed after the protest, the extension and subsidizing of the school day and day care, is due to be canceled. Finance Minister Lapid’s budget also proposes cuts in child support payments and an increase in the V.A.T., a tax that burdens the lower socioeconomic strata more than any other.

But not only their ideology is fuzzy.  This new politics brought in people with no experience — and, it seems, not much of a backbone. Their ability to flip-flop is facilitated by their lack of a party structure. In the case of Lapid, whose party charter guarantees him the right to personally choose the party list, the whole concept of party is fuzzy. Bennett, who managed to hop among three different parties in the two years before he landed himself a spot in the Knesset (the Likud, “The Israelis” — his failed political start-up, and the Bayit Hayehudi), could also not be accused of being bound by any particular organization.

Anyone who grew up in the U.S. probably heard of, or read, the Federalist Papers. In these essays on forming the U.S. political system there was a lot of criticsm of parties, or factions, as they were then called. The concern was that they would upset the status quo by allowing groups of citizens to organize and work together to challenge the status quo. The “new” politics is really very old: it predates the party system as we know it.

Upsetting the status quo is just what Israel needs today.  It is why we desperately need parties. Only parties, groups of people working together, setting out an ideology that will keep them together, will break the monopolies in the economy, pull us out of the territories, and keep the extremist religious minorities from strangling Israeli society. Inexperienced individuals, pretty as their faces may be, cannot bring about the changes we need and clearly cannot be trusted to see through the reforms they promise.