When the media covers Israel’s occupation of the Palestinians, it usually focuses on dramatic events of death and destruction. But for most Palestinians, the dominant feature of the occupation is a crushing military bureaucracy. Palestinians require a permit from the Israeli military for the most basic features of daily life, whether it’s to travel from one place to another or even simply to live in their home. HaMoked assists Palestinians to navigate this hostile permit bureaucracy.

HaMoked: Center for the Defence of the Individual is an Israeli human rights organization with a focus on providing legal aid to Palestinians living under occupation. We receive hundreds of calls every month from people seeking our help, and this individual assistance provides HaMoked with a unique perspective on the occupation. While the organization initially was devoted to assisting victims of violence and detentions, over the years we have expanded our work into tackling “the bureaucracy of occupation.” Here are a few examples:

These are just some of the people who have turned to HaMoked for assistance recently. HaMoked corresponds with the military on their behalf and turns to the courts if this correspondence does not succeed in resolving the problem. Litigation in Israeli courts is one of our primary tools to defend human rights. HaMoked is the leading provider of legal aid to Palestinians under occupation, filing hundreds of petitions in Israeli courts every year to advocate for Palestinians’ freedom of movement, residency rights, and prisoners’ rights, and to contest collective punishments. 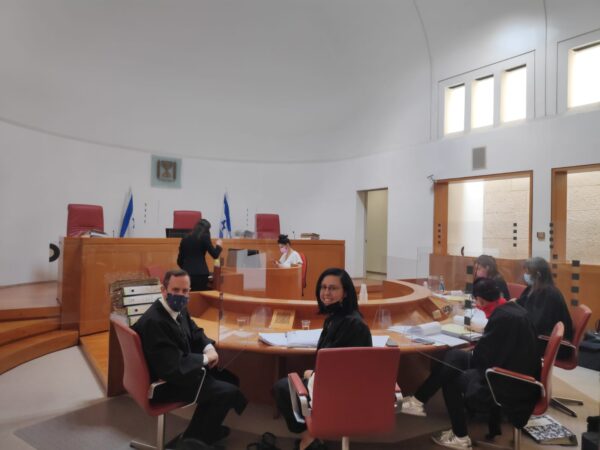 Can Palestinians get justice in Israeli courts?

Israel’s Supreme Court is held up as a beacon of democracy when it comes to the country’s citizens, but it has a poor record on the occupation. The Court has given a green light to Israeli settlements, ongoing forced displacement of Palestinians, and the exploitation of Palestinian resources for Israeli benefit. This complicity in occupation has only increased over the past decade with the appointment of rightwing, ultra-nationalist judges, both to the Supreme Court and to lower courts.

Given the hostile social and legal climate in Israel, it is challenging to advocate for Palestinian rights in Israeli courts. And, yet, a majority of HaMoked’s cases are ultimately resolved successfully—most via out-of-court settlements but also through court judgements. In spite of the challenges, litigation arguably remains the most effective tool to advance Palestinian rights. This, of course, speaks to the great weakness of all the other strategies to fight the occupation. To paraphrase what Winston Churchill said about democracy, domestic litigation is the worst strategy to defend Palestinians’ rights—except compared to all other strategies.

Beyond the individual successes, HaMoked also engages in strategic litigation to challenge the human rights violations endemic to the occupation. This requires creativity, as the Court prefers to resolve the individual case without setting any judicial precedent. We will therefore file a series of individual petitions, each one on behalf of a person who needs redress. Often the Court will just address the suffering of this one individual, but then we file another petition, and another—until the Court cannot avoid ruling on the principle. This was the case in 1999, after HaMoked and other organizations had filed over 100 real-time petitions on behalf of Palestinians undergoing torture in interrogations. The High Court finally ruled that the Shin Bet, the Israel Security Agency, cannot use physical force in interrogations of Palestinians.

In other cases, the State will undertake a policy change “in the shadow” of litigation. This was the case when HaMoked filed dozens of petitions on behalf of foreign nationals who are married to Palestinians in the West Bank, but are living there with no legal status. An entire population was considered illegal aliens in their own homes because Israel refused to allow the Palestinian Authority to update its population registry over which Israel retains ultimate control. In the wake of these petitions, in 2008, Israel granted family unification to 32,000 people.

HaMoked litigation was also instrumental in pushing back against “the Quiet Transfer” of Palestinians from annexed East Jerusalem. Over the years, Israel revoked residency status from over 14,000 East Jerusalem Palestinians because they had left the city. Some had moved abroad, but many had simply moved to West Bank neighborhoods just outside the city limits. Israel’s Ministry of Interior, however, never bothered to publicize that people who moved “abroad” would forfeit their residency status. In response to determined HaMoked litigation, in 2000, the Ministry promised that Palestinians who maintain “a connection to Israel” (i.e., visit at least once a year) would not lose their Jerusalem residency. Responses to HaMoked’s Freedom of Information requests show that this policy has indeed halted the “Quiet Transfer.” Furthermore, the Court has now recognized East Jerusalem Palestinians as an “indigenous population with a unique status,” an important step in safeguarding their rights.

In many of these cases, international advocacy supported the domestic litigation, and was a contributing factor to the positive change. This shows the importance of a partnership of those working for justice both domestically and around the world. 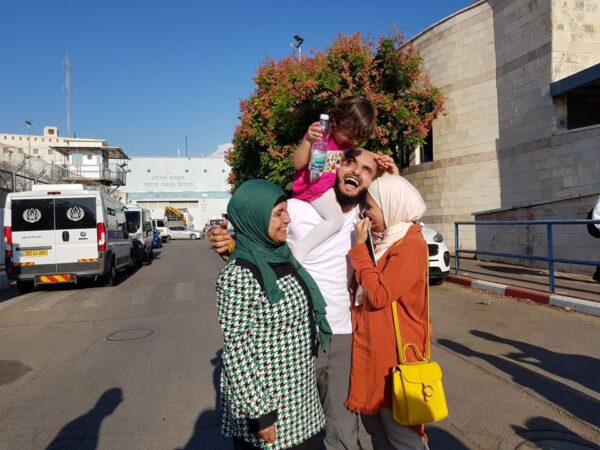 The successes of HaMoked illustrate the importance of domestic litigation as a strategy—and also its limitations. Litigation can be life-changing for individuals who are suffering due to the occupation. It can also push back against and reverse certain occupation policies. This is very important and valuable. But there are limits to what litigation can achieve.

Litigation against what I would call the building blocks of occupation has never succeeded. Israeli courts have never ruled that settlements are illegal. They have not outlawed the idea that two populations can live side-by-side in occupied territory and be governed by two different legal systems, civil law for Israelis and repressive military law for Palestinians.

And of course, litigation is not going to end the occupation, which is the root of all the suffering HaMoked works to address. Unfortunately, given the current dismal reality regarding the Israeli political system, the Palestinian leadership, and the international community, it is not at all clear what strategies can generate the diplomatic agreement necessary to bring the occupation to an end.

Whatever the political path forward, however, it is clear that human rights must play a role. In fact, especially now, Israel must be held accountable for its human rights obligations.

So what can we do?

As I indicated above, the international community can play an important role in supporting and strengthening the efforts of domestic advocates for human rights. All significant change has been the result of such a partnership, combining local advocacy and international pressure.

Still, because the essential macro political change—ending the occupation—is currently unrealistic, it can be difficult to know where best to focus our efforts, and to identify important systemic issues that are more than simply a band-aid.

For the coming year, HaMoked has decided to prioritize the dispossession created by the Separation Barrier, and this is a constructive area for international involvement as well. 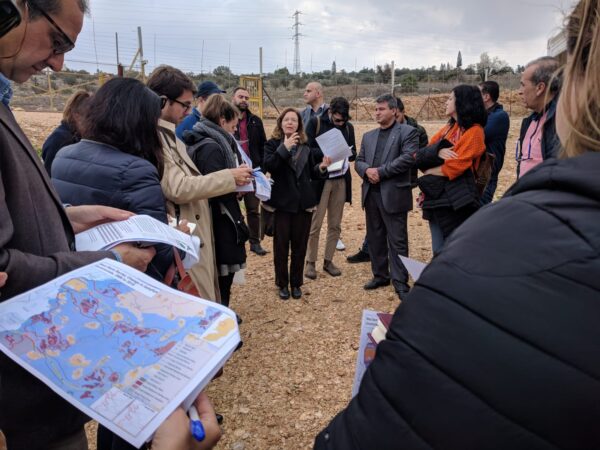 Two decades ago, Israel chose to build the Barrier along a route inside the West Bank, rather than on the Green Line between the West Bank and Israel. As a result, the Barrier isolates nearly 10% of the West Bank, much of it agricultural lands belonging to tens of thousands of Palestinian farmers. In response to criticism from the international community, Israel promised virtually unrestricted access, with security being the only reason to deny a Palestinian entry to these areas, which Israel calls “the Seam Zone.”

Of course, the reality is far from this promise. Over the years, HaMoked has supported thousands of Palestinians in their efforts to access lands, businesses, and homes trapped behind the Separation Barrier. This individual assistance has provided a first-hand view of Israel’s increasing restrictions in these areas: gates through the Barrier that are open only a few days a week for very short times; a cumbersome bureaucracy to request the necessary permit to cross the gates; and, each year or two, new restrictions on who is eligible for these permits.

In 2017, the Israeli military decided that what they define as “tiny plots” (less than 330 square meters) do not allow for sustainable agriculture and therefore do not warrant a permit to the Seam Zone. This is an infuriating decision—what right does the military have to dictate to people what to do with their own land? People have a right to access their land just for a family picnic, not to mention to grow olives for their own consumption.

Furthermore, because the military calculates plot size by artificially subdividing a plot jointly owned by an extended family, it now defines vast portions of the Seam Zone as composed of such “tiny plots” to which access is completely denied. HaMoked has challenged each new limitation to Palestinians’ access, and we have a petition pending before Israel’s High Court against this “tiny plot” restriction as well.

While many of our petitions have been successful, Israel’s policies have resulted in a steady deterioration in Palestinians’ access overall. Data obtained through Freedom of Information requests show that last year the military rejected 73% of requests for farmer permits to the Seam Zone! Only 1% of permit applications are rejected for security reasons—in other words, the vast majority of permits are denied for failure to meet the ever-more restrictive criteria.

This is a tremendously important issue that has fallen off the international radar. Almost 10% of the West Bank is off limits to most Palestinians. Once fertile farmlands have become uncultivated and barren due to Israel’s restrictions, harming the livelihoods of thousands of families.

And I think this is an ideal issue for international advocacy to embrace. Diplomatic engagement at present is not going to end the occupation, or dismantle settlements; it is likewise frustrating to use political capital to address individual humanitarian cases.

But I believe we may be able to dismantle at least parts of the Separation Barrier, and ensure freer movement for Palestinians into these parts of the West Bank. Moving portions of the Barrier to the Green Line entails no security risk, and does not require any negotiations whatsoever with the Palestinian Authority. Israel has legal obligations to allow Palestinians free movement within the West Bank, and it must abide by those obligations. This year—the twentieth year of the Separation Barrier—is an excellent opportunity to highlight this issue, and I am confident that a combination of domestic litigation and international advocacy can bring about real change. 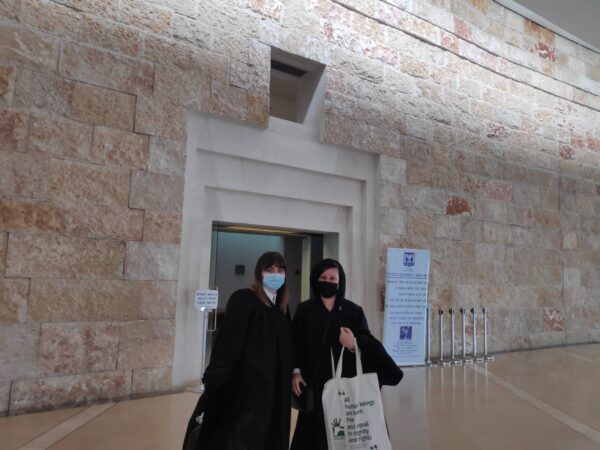 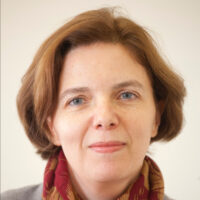 Jessica Montell is the Executive Director of HaMoked.