Gisha – Legal Center for Freedom of Movement is an Israeli human rights organization that works to protect and promote freedom of movement for Palestinians living under occupation, particularly the residents of the Gaza Strip. Gisha, whose name means both “access” and “approach” in Hebrew, uses legal assistance and public advocacy to protect the rights of Palestinians. We promote rights guaranteed by international and Israeli law and are the only Israeli organization with a programmatic focus on Gaza. Gisha is a leading expert on how Israel’s restrictive policies on movement and access for Gaza impact daily life in the Strip.

Gisha provides pro bono legal assistance to individual Palestinians and also works to challenge restrictive policies through legal and public advocacy. We conduct research. We monitor movement and access. And we work to promote transparency of Israel’s policies in the Palestinian Territory – Gaza, in particular. Gisha advocates before local and foreign decision-makers to promote policies that protect human rights. We reach out to members of the public in Israel and abroad through traditional media, publications, and social media in order to foster an informed public debate on movement restrictions, mainstream human rights norms, and harness support for long-term structural changes that will protect the rights of Palestinian residents.

Gisha is operated by a professional staff of 22, composed of Israelis and Palestinians, Jews, Christians and Muslims. Our board includes legal academics and practitioners, who have helped shape Israeli human rights law through their advocacy and writing. Gisha is registered in Israel as an independent, nonpartisan, not-for-profit organization and is generously supported by donations from Israel and abroad. Tania Hary is our executive director.

A bit on our history & vision

Gisha was founded in 2005 by Professor Kenneth Mann and attorney Sari Bashi against the backdrop of Israel’s impending disengagement from the Gaza Strip. At that time, it was feared that Israel would attempt to divest itself of any responsibility for Gaza, while simultaneously maintaining effective control over the territory. Unfortunately, this fear was realized as restrictions on freedom of movement for Palestinian residents of the Gaza Strip steadily intensified in the years that followed, blocking access to educational and economic opportunities, preventing the passage of goods and humanitarian aid, and hampering the efforts of civil society organizations struggling to provide services to a population in tremendous need.

These restrictions, however, date back long before disengagement: They are part of a long history of control over the movement of the 4.5 million Palestinians who live in Gaza and the West Bank and violate the fundamental right of Palestinians to freedom of movement. This, in turn, leads to the violation of additional basic rights, including the right to life, the right to access medical care, the right to education, the right to livelihood, and the right to family unity.

Israel  continues  to  exercise  control  over  nearly  every aspect of life in Gaza, largely through its control over movement and access – contrary to the misconception held by many that its presence in the Gaza Strip ended with the implementation of the Disengagement Plan in 2005. Israel maintains exclusive control of Gaza’s access to the West Bank as well as its main commercial crossings and its sea- and air-space.

Israel  screens  and  sorts  all  goods  that  are  shipped  into Gaza and demands to know the purpose of the goods, who receives them, and who pays for them. Israel decides what goods produced in Gaza can be sold outside the Strip, for how much, where, and when. Israel also decides how much electricity is sold and supplied to the Strip, and reduces this supply at will. This is not disengagement; this is remote (but not so-remote) control.

In 2007, after Hamas took control of the Strip, Israel’s security cabinet declared Gaza a “hostile entity” and severely tightened restrictions on movement for its residents. Entry of goods was further reduced to the bare minimum required to avoid a humanitarian crisis; all exit of goods from Gaza was banned; and travel between Gaza and the West Bank and Israel, which had already been limited, was even further restricted.

Decades of restrictions on access and movement, repeated military operations in Gaza, the current political stalemate, and the perceived decrease in Israel’s responsibility for Gaza following disengagement have led to an ever-worsening humanitarian situation in the Strip, characterized by damaged infrastructure, de-development of the Palestinian economy, and  a  fractured  Palestinian  society.  Israel  has legitimate security concerns and a right to individually screen people entering its territory. But given the sweeping restrictions Israel imposes on movement to and from the Strip, which Israel’s leaders admit is in pursuit of political goals, it is evident that substantive efforts are not being made to balance Israel’s security concerns with its obligation to enable normal life in Gaza for the civilian population.

Gisha’s   work   is   aimed   at   achieving   both   long-term systemic change to end the occupation as well as immediate intervention to alleviate the daily impact of the occupation for hundreds of direct, and thousands of indirect, beneficiaries. We promote human rights even within the inherently problematic context of the occupation, while recognizing that the realization of our ultimate goal – full protection of human rights – will not be possible unless the occupation is ended.

Our  vision  is  of  a  future  in  which  Palestinians  enjoy freedom  of  movement,  in  which  Gaza  residents  have access to opportunities and are hopeful. Palestinians are able to lead full, undisturbed family lives and can see their relatives at will. Young people, including women and girls, are driving innovation and feel they have access to a global community. Security measures at crossings and transit points take into account the need for smooth and unfettered access for trade and for travel by individuals for whatever purpose they choose. Gisha believes that all persons have the right to move and travel in order to pursue their dreams.

Since its founding in 2005, Gisha has helped thousands of people overcome trave restrictions to access education and professional opportunities, and to reunite with family. In addition to providing individual legal assistance, Gisha has helped end sweeping restrictions on the movement of people and goods in and out of Gaza through advocacy in Israel and abroad. Some of our key achievements include:

Gisha views each day as an opportunity to help individuals take the steps necessary to fulfill their personal and professional goals; to chip away at harmful policies which block access and the tools to achieve well-being and economic  prosperity;  and  to  ensure  Israel’s  compliance with the law and the principles of good governance.

Our current areas of focus include: 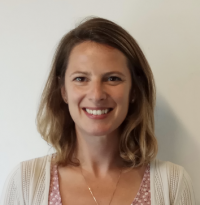 Jessica Burnstein is the Director of International Relations at Gisha.