In 2006, Israeli and Palestinian former combatants, people who had taken an active role in the conflict, laid down their weapons and established Combatants for Peace. Our totally binational, grassroots organization was founded on the belief that the cycle of violence can only be broken when Israelis and Palestinians join forces. Committed to joint nonviolence since its foundation, CfP works to transform the conflict by ending all forms of violence in a non-violent struggle against the occupation and for peace between the two sides. CfP is working to build a peaceful future for both peoples by embodying and serving as a model for our values of freedom, equality and dignity for all. Our mission is to build a strong, influential community of binational cooperation.

As a binational movement, we provide an alternative to violence and exemplify viable cooperation through co-resistance to violence and to the occupation. Thus we are building the infrastructure and basis for co-existence. Members of CfP break through the societal norms of growing militarism, segregation and the increased entrenchment of the conflict, to work together to say, There is Another Way (our slogan) to promote a peaceful solution, raise awareness and improve understanding among both publics regarding the hopes and suffering of the other side. We strive to educate towards reconciliation and a non-violent struggle; we use activism to create political pressure on the leaders of both our societies. Every year, we reach and actively recruit increasing numbers of people, and we encourage our members to be active, initiate and lead activities using their unique skills and interests. CfP activists are empowered by the movement’s model of non-violent action, affirming their responsibility to act, change, and lead our societies towards a better, peaceful future.

Organized on a model of geographic twinning (Tel Aviv-Nablus, Jerusalem-Jericho, southern district including Hebron and Israeli Negev communities, northern district including Haifa and the Jordan Rift Valley, etc.), we have some 10 such groups in addition to a theatre group, based on Theatre of the Oppressed, and a women’s group. Every group and every position in the movement is joint, Palestinian and Israeli. The geographic groups meet primarily to organize activities on the ground in the occupied Palestinian areas. These have included building playgrounds for children, rebuilding schools destroyed by the Israeli army or facilities including homes damaged by the army or settlers, the construction of water pipelines for Palestinian communities denied access to water by the settlers or the army, and so on. These activities are all conducted jointly, sometimes in coalitions with other Israeli peace groups such as Ta’ayush or Machsom Watch. A focus of such activity has been area C of the West Bank, under consistent creeping annexation by Israel whereby local Palestinians are evicted or forced out of their homes (sometimes merely caves) or simply prohibited from building. Susiya and Khan al-Ahmar – threatened with evacuation and demolition by Israeli orders – are both communities where CfP has led protests, vigils, and other forms of non-violent action to prevent Israeli government moves against them. In addition, we conduct workshops for activists and the public to provide training in both non-violent action and non-violent communication. In many of these trainings and activities we are joined by groups from abroad, usually in cooperation with our Friends groups in the United States (AFCFP) and in Europe as well as advocates of non-violence all over the world.

In our effort to impact attitudes among the public, and especially young people, Cfp holds public lectures under the title Learning Peace, goes into schools and, in Israel, into pre-army seminaries, in addition to holding home (parlor) meetings, and leading tours inside the occupied West Bank. In all of these activities, a Palestinian and an Israeli CfP member tell their personal stories of transformation from the use of force and violence to the adoption of non-violence. These personal accounts provide powerful examples, indeed role models, especially for young people on both sides of the Green line. Indeed this is one of the unique features of Combatants for Peace, documented in the American film produced by Steve Akron, Disturbing the Peace. These personal stories are the hallmark of the movement since Cfp is the only movement in which former combatants from each side of a conflict work together for peace while the conflict is still raging. For this we have twice been nominated for the Nobel Peace Prize.

The major annual event of Combatants for Peace is the joint Memorial Ceremony held on the eve of the official Israeli Memorial Day for those fallen in Israeli battles. Our joint remembrance, together with Palestinians, who, like Israelis, have lost loved ones, sends a strong and compelling message of our mutual humanity. Indeed it inspires hope for the future. Held jointly with the Parents Circle/Bereaved Families Forum, the Memorial has become the central event of the Israeli peace camp every year over the past 14 years. Attracting additional thousands each year, it has also been targeted by the Israeli government. Still, the government’s rejection of permits for Palestinians to enter Israel to attend the Memorial has been consistently overruled by the Israeli Supreme Court. Moreover, the event is viewed by tens of thousands over the internet, and smaller Memorials have been organized in the north of Israel and in the Bethlehem area of Palestine, around or during the event. This year’s event in Haifa attracted a record number of both Arab and Jewish participants. Mourning is a supremely sensitive issue for both communities, and the Memorial raises controversy and even violent Israeli protests. We do not ignore this; we have held meetings with declared opponents, both before and after the event, in an effort to expand understanding if not actual support.

Combatants for Peace is a unique and impressive movement of people, Israelis and Palestinians, who are willing (and determined) to stand up for peace, justice and non-violent action to end the occupation. Active on the ground, demonstrating through cooperative efforts that There is Another Way, young as well older activists join up regularly, on both sides of the Green line. For some this may be an act of courage; for all it is a declaration of hope and a belief in a future for both peoples. We do not specify the political form this future will take. We demand only that it be determined through negotiations for a solution agreed upon by both sides and encompassing freedom, safety and dignity for both peoples. 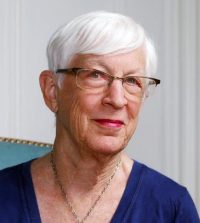 Galia Golan, Professor Emerita at the Hebrew University, is a distinguished authority on the former Soviet Union and on Peace and Conflict Studies. She is a leading Israeli feminist and peace activist – one of the founding leaders of Peace Now and currently a leader of Combatants for Peace