Israel and Palestine, March 2010: Lessons Learned on the Israel Symposium

Israel and Palestine, March 2010: Lessons Learned on the Israel Symposium 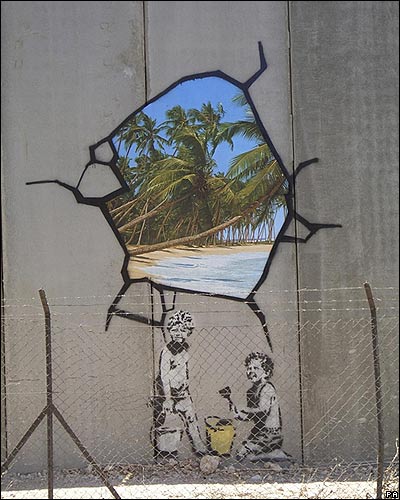 Between March 13-20, two dozen people took part in Meretz USA’s fact-finding mission to Israel and Palestine, the “Israel Symposium”, which this year took place at the height of recent US-Israel tensions over continued Israeli expansion into areas of Jerusalem beyond the Green Line.

Over the course of seven intensive days, we met with more than 50 different Israeli and Palestinian figures from across the political spectrum – politicians and diplomats, military figures and human rights activists, journalists and entrepreneurs – in Jerusalem, Tel Aviv, Ramallah, Nazareth, Beersheba and elsewhere. Here is some of what we came away with:

Grim warnings: During our conversations with members of the Israeli left, the constant refrain we heard was that the chances for implementing a two-state solution are decreasing by the week and by the day.

Despite the so-called “settlement moratorium”, Israeli construction in the West Bank is proceeding apace, further undermining the possibility of creating a viable, contiguous Palestinian state on the ground. Just as importantly, Israeli building is fueling Palestinian distrust of Jerusalem’s intentions. And as Palestinian society reaches the conclusion that Israel prefers land to peace, it is slowly-but-surely abandoning the two-state remedy to Occupation, in favor of a demand for ‘one person, one vote’ in a single state between the Jordan River and the Mediterranean Sea.

Although no one would, or could, set an exact deadline, time is clearly running out. And once it does, Israel would be forced to choose between “Apartheid” (a phrase used unabashedly by several of our Israeli interlocutors) and a single bi-national state of Israel/Palestine, regarded by most as a recipe for decades of violence and strife. Again and again, therefore, we heard that those Israelis and American Jews who insist on blocking the necessary compromises should really be labeled “anti-Zionist”.

“Israelis live in a bubble”: Part of the current difficulty, we heard, is that Israelis, by and large, are (or make themselves) oblivious to the dangers their country is facing a few years down the road.

With an economy that largely avoided the global recession and with the security situation having improved vastly since the dark days of 2001-03, Israelis are busy living their workaday lives with a sense that the status quo can continue in perpetuum.

Israel’s part-fence, part-wall barrier has not only added security though: Psychologically, it has severed the average Israeli’s sense of responsibility for what goes on under the Occupation on the other side: Out of sight, out of mind, as it were – except when spasms of violence temporarily upset the general equilibrium.

It is no wonder, therefore, that the Israeli political left has been decimated, and that the peace and human rights community is regarded as something between a nuisance and an outright threat.

The Palestinians mean business: But the Palestinians do exist, and under Palestinian Prime Minister Salaam Fayyad, with whom we met for 45 minutes, they seem to be taking systematic steps on their way to statehood – restoring law and order in the West Bank, establishing financial transparency, reducing corruption, and building the necessary infrastructure for their society and government.

Despite the pressures from Hamas, the Palestinian Authority has also maintained its dedication to the two-state solution. But since they, too, see this option slipping away, they have adopted a strategy aimed at gaining statehood by the end of 2011 – preferably via an agreement with Israel, but, if need be, via a unilateral declaration and an appeal to the international community for recognition, and to the UN for membership status.

“We can’t do it alone”: Although officials in the current Israeli government might not agree, figures on the Israeli left seem rather united in the belief that the days in which Israel and the Palestinians could be expected to reach peace on their own have long since passed. “We can’t do it alone,” was a sentiment often heard.

Israelis have not become anti-peace, we were reminded; opinion polls continue to show a 2/3 majority of Jewish Israelis still supporting the two-state solution. But with mutual trust at a nadir, the same percentage has also lost hope of reaching a solution during their lifetime – another cause of Israel’s current political paralysis.

As a result, many of the people we spoke with looked to us – to progressive American Jews and to America generally – to do whatever we can to restore energy to the peace process, and hope to both peoples.

Instead of the age-old expectations for the US to be a “good-faith mediator” or “honest broker”, we now heard calls for Washington to play the role of “arbiter” – to place its own set of bridging proposals on the table while making a “take it or leave it” offer to both sides. And we were asked to make our voices heard in the American Jewish conversation about Israel – loudly – so that no one group would be allowed to monopolize the title of ‘pro-Israel’.

Netanyahu has to decide: After the elections of 2009, we were told repeatedly, Binyamin Netanyahu had a choice – to create a centrist government with the Kadima and Labor parties that could work towards a two-state solution; or to establish a government of right-wing parties (some of them extremist right) that would never allow this to happen. He chose the latter.

Now, in this 24th hour, many Israelis said, Netanyahu again has to decide which path he favors: If he truly believes in two states for two peoples, he will jettison the MKs of the National Union and Yisrael Beiteinu parties and immediately invite Tzippi Livni and Kadima into his government. Livni, whom we met in Tel Aviv for an off-the-record briefing, seemed ready. The choice, therefore, is Netanyahu’s.

And that’s just the appetizer: There’s so much more that I could report on this year’s Israel Symposium, but much will have to keep for another time. We met Jewish Israelis who are looking past the two-state solution and working on strategies for a federated Israel-Palestine.

And Palestinian citizens of Israel with whom we discussed how Israel might remain the national expression, and haven, of the Jewish people while also being a state that serves all its citizens equally.

And we spent a day in three Bedouin communities in the Negev, including one unrecognized village, Al Grein, to which the State denies any government services at all – no water or sewage, no electricity or schools, no health services or sidewalks or roads, and certainly no permits to build.

You’re invited next year: All in all, it was an intensely educational and eye-opening week. And despite – or perhaps because of – the hard times that Israel is facing, this year’s Symposium participants came away with a resolve to do what they can, in their local communities and synagogues, among friends and family, and in their workplaces, to spread the message that we heard: Peace, equality and human rights are still possible, but they won’t be if we wait much longer.

Let us hope that when we set out on our 2011 Israel Symposium, Israel and Palestine will be on the road to a brighter future. As one of Israel’s leading human rights activists noted last week, both peoples truly deserve better.