This is a terrific piece about Zehava Galon, the new head of the Meretz party in Israel.  Some of you met her a few months ago.  She is almost the last hope….

I no longer know what will help, but I am going on the (formerly Meretz USA, now Partners for Progressive Israel) Israel Symposium.  Read about her. Think about coming with us,  Oct. 20-27th. When things look this bad, as the Chinese say, and I’m paraphrasing, it is surely a time for opportunities.–Lilly

Meretz leader Zahava Gal-On is not looking to be loved
She’s proud to be an outspoken leftist, even if it annoys politicians, settlers and army officers alike.
By Neri Livneh | Jul.12, 2012
[The following is an abbreviated version of a long article available at the Haaretz website by registration or subscription only.]

…. “It’s pretty common for people who meet me face to face to be amazed that I’m not scary and that I’m actually nice,” Gal-On told me. … [But] Gal-On apparently intends to keep “annoying” everyone. That’s who she is: an avowed leftist and secular, a fighter for human rights, an opponent of the occupation, and a supporter of social justice who opposes religious coercion.
…. There are people in the party she heads who are perceived as less annoying because they don’t insist on the whole “package”: Nitzan Horowitz focuses mainly on green issues, while Ilan Gilon, an amiable social justice activist, is perceived as being “one of the people” more than she is.
Meanwhile, Gal-On insists on firmly expressing her views on every controversial issue, and in a voice that, for some reason, really seems to bug men in particular. …
…. in 2011, Gal-On returned to the Knesset, and during that year was elected to lead Meretz: a classic leftist who sees the struggle for social justice also as a fight against the occupation, against the violation of Palestinian human rights, against continued illegal construction in the territories and excessive budgetary allotments to the ultra-Orthodox.

…. “As head of Meretz, I am putting forward a comprehensive worldview. I think the left has an opportunity; Meretz has doubled its strength in the polls. They’re talking about six seats. I think Meretz has the chance to get 10. I think leftists didn’t vote for Meretz last time because they voted for Kadima in order to stop Bibi [Netanyahu], and now they see, especially after [Shaul] Mofaz’s rotten maneuver, that Kadima is essentially a satellite party of Bibi. People who voted for Barak were disappointed, too.”
But they can also vote for Labor headed by Shelly Yacimovich.
“Not now, not after Shelly Yacimovich called Labor a centrist party and said, ‘Yes, borders are important but the state is more important.’ And I’m saying that Labor has already done more than just look a bit to the right; it’s already made a sharp turn. Besides, Labor was a partner in all of the coalitions lead by right-wing parties and Shelly Yacimovich has also said that she would not rule out being in a coalition with right-wing parties. “Therefore I see Meretz as the sole Zionist leftist party. I like to say that the left has Meretz and the left has a leader and Meretz is the leader of the left. The pre-election polls we did showed that there are a half-million people who subscribe to Meretz’s positions and this means that the public support for the left’s positions is a lot larger than its representation in the Knesset. I want to make Meretz’s list a place for fighters. Leftists who aren’t ashamed to say that they’re leftists. Fighters.”
Aloni’s successor
In conversation, Gal-On is just as much a natural listener as she is a talker. She exudes empathy and has tremendous reserves of patience, which helps to explain how she survived in the political wilderness outside the Knesset, and why she makes no effort to temper her ideology in order to curry favor with the public. One source of this courage may be her tight-knit family and her very stable and supportive marriage, in addition to her wide circle of friends, and her awareness that there is life beyond politics.
She is an intelligent woman with a sense of humor, with whom it is a pleasure to discuss any subject, from buying shoes to great literature − and especially the movies, which she and her husband go to see at every opportunity. She is an avid reader, is very close to her two sons and her brother, looks after her widower father, and between the faction meetings, the long days at the Knesset, the trips to settlements and all the media interviews, she still always finds time to have her hair done.
Due to unexpected interruptions on her part and mine − which included hospital stays, political revolutions involving Netanyahu’s huge coalition, as well as the death of Gal-On’s mother − our encounters were spread out over a four-month period. … at a breakfast at the home of Shulamit Aloni on the occasion of International Women’s Day, Aloni congratulated Gal-On on being elected head of Meretz and lavishly praised her as a worthy successor….
In Aloni’s lovely garden, surrounded by several dozen rather opinionated women, Gal-On truly seemed the embodiment of the “international woman” whom the day was meant to honor. Her dedicated and tenacious activity over the years on behalf of every issue related to women’s status cannot be exaggerated.
A few days later, Gal-On’s mother passed away, so … we met was during the shivah, in 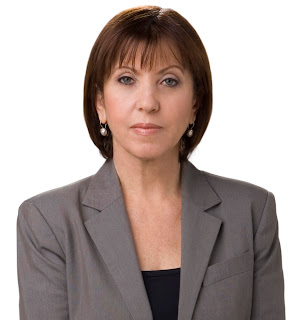