I was asked a few weeks ago why International Law matters when working on Israel issues.  I confess to being very taken aback by the question.  Why wouldn’t International Law matter?  Why should Israel be exempted from the norms that are supposed to guide, inform, and yes restrict, the actions of all states?  The more I thought about the question the more it dawned on me that there were three underlying issues: 1) Why does law of any kind matter? 2) What exactly is international law? and 3) Are the UN and all international human rights bodies inherently and blatantly anti-Israel?

I’m not sure how to answer number one.  I’m not an anarchist.  I think that the vast majority of the time it is important to have a legal system.  To be sure, that system should be as fair, just, and unbiased as possible, and often people have to struggle against unjust laws and legal system.  But I think laws matter, and if that is really the core issue then there is not much more I can say to assuage the fears that underline the original question about Israel. 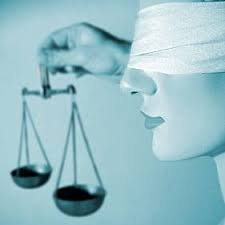 Number two is much more complex.  Yes, I took five international law classes in grad school, and perhaps therein lays my problem.  I know just enough about international law to understand how little I really know, and yet I know a great deal more than most.  The challenge of how to distill five classes of knowledge down into a short and simple answer is a great one indeed, but I will try.  International Law has many constituent pieces including: customary law, conventions and protocols (multi-lateral treaties), and treaties (bi-lateral agreements, usually between two states).  Some of these laws are trade agreements like NAFTA, others attempt to regulate the way that wars are fought and civilians are treated during armed conflict like The Hague and Geneva Conventions, while still others like Convention on the Elimination of All Forms of Discrimination Against Women (CEDAW) and United Nations Convention Against Torture (CAT) seek to protect individuals from specific human rights violations.

The shift in International Law to protect the rights of people beyond the battlefield began in 1948 with the Universal Declaration of Human Rights and theConvention on the Prevention and Punishment of the Crime of Genocide, in response to World War II and the Holocaust.  While The Hague and Geneva Conventions address rights directly relating to wars and combat situations, subsequent human rights conventions have sought to cover the full range of human rights.  International human rights law is just one part of International Law but is nevertheless derived from a verity of sources, both international and national.  One of the most important sources of human rights law is the UN Charter itself.

I would love to elucidate the human rights implications of Israeli policy on a number of specific cases or issues.  I could write entire graduate level papers about why the ICJ ruling on the Separation Barrier was legally sound and not biased against Israel.  I have written a paper on why many of Israel’s interrogation methods violate the CAT.  One issue that I can give a brief answer is that of the Settlements.  Quite simply, the Settlements are a violation of the Fourth Geneva Convention, Section III, Article 49: “The Occupying Power shall not deport or transfer parts of its own civilian population into the territory it occupies.”  The law itself is clear, and in the case of Israel means that a state policy that supports Israeli citizens moving into occupied territory constitutes a violation of this law.

In addition to the straight forward meaning of Article 49, the Geneva Conventions as a whole lay out the obligations that an occupying power has to the population being occupied.  That’s right; according to the law by becoming an occupying power Israel becomes responsible for upholding the rights of the people under its control.   Let me put it another way, under international law Israel is responsible for the safety, security, and protecting the rights of the Palestinians living under occupation.

In my mind the core issues are not if International Law matters, if it should be applied to Israel, or if applying International Law to Israel somehow makes one anti-Israel.  International Law matters.  It should be applied to Israel.  And while one UN body is clearly biased in its dealings with Israel that does not negate the rest of the UN, or International Law, and Israel’s responsibilities under those laws.  The real issue is that Israeli policies like the Settlements and the Separation Barrier clearly violate International Law and many Jews and Israelis are afraid to own up to those violations and their ramifications.  It is important to be honest about how and where Israel falls short of the ideals it laid out for itself and that many of us hold it to.  As painful as it is that Israel violates international law, it cannot be ignored that it does, and those of us who care about Israel have a responsibility to help it do and be better.