I’m on the American Jewish Left — and I Haven’t Abandoned Israel:
By Paul Scham

Partners for Progressive Israel in Haaretz ! This important and timely op-ed piece, written by Partners’ President, Paul Scham, was published in on June 20.

Partners for Progressive Israel in Haaretz! This important and timely op-ed piece, written by Partners President, Paul Scham, was published on June 20th.

As the AIPAC consensus – the norm for American Jewish political life for decades – recedes, the “American Jewish Left” is becoming increasingly visible and heterodox opinions on the left are proliferating.

However, with that profusion comes the need for distinction and nuance about the spectrum and character of that new left, not least in terms of how its constituent camps relate to Israel’s statehood and the Israeli occupation.

By the end of the article, two things become apparent: Nechin is talking solely about the part of the (far) left which opposes Israel as Jewish state, i.e., the anti-Zionist left, and he ignores even the existence, let alone the activities, of what is sometimes called the pro-peace, pro-Israel left, the “Zionist left,” or even “liberal Zionists,” a term that is seemingly falling out of favor all around the political spectrum.

My point is not primarily about definitions. Increasingly, the arguments over Israel in the U.S. are being simplistically described as “pro” and “anti,” which both distort reality and imply there is no middle ground. In fact, the vast majority of American Jewish opinion is in that middle ground, which largely coincides with sentiment supporting (in principle if not necessarily in immediate practice) the venerable two-state solution. It is only the anti-two state extremes, on both left and right, that attempt to maintain their purist “with us or against us” mentality.

Of course Nechin does nothing wrong by focusing on what I call the far, i.e., anti-Zionist left. But he owes it to his readers to make clear that there is a much larger group, also on the left and strenuously opposed to the occupation and related policies, that has long been doing exactly what he advocates, i.e., working closely and coordinating with the existing and active Israeli left, both in the electoral and NGO arenas. As a more than 30 year veteran of this part of the American Jewish political spectrum, I know whereof I speak.

J Street is, of course, the best-known and most high profile of this group of organizations, and it likes to declare there was no home for pro-peace, pro-Israel Americans, especially Jews, before it was founded in 2007. However, as its president, Jeremy Ben-Ami, well knows, there were a number of organizations that advocated those views well before J-Street.

For example, in early 1989, I set up the first Washington office of Americans for Peace Now—building on sentiment that had existed since the first Lebanon War. The New Israel Fund, whose explicit mission is to support progressive Israeli NGOs, was established back in 1979. Other organizations followed, though it is unquestionable that J Street finally achieved the national impact all of us had long been seeking.

J Street works closely with Israeli left-wing parties Labor and Meretz, and various other parties over the years—and coordinates strategy, while maintaining itself as an American (primarily Jewish) organization. Anyone who has attended a J-Street conference (the “Woodstock of the American Jewish Left”) can’t help but bump into many of the leaders of the Israeli Left.

And there’s more, outside of J Street. My own organization, Partners for Progressive Israel, is affiliated with Meretz. There’s growing support for the Israeli NGO Eretz l’Kulam, which advocates a two-state confederation, reflecting newer trends in thinking about possible political configurations. Most of these moderate left organizations have affiliated with the new Progressive Israel Network, a consortium of (currently 11) American Jewish organizations that maintain their separate identities but coordinate their statements, some activities, and support for the organizations of the Israeli left.

In fact, what defines the primary difference between us and the individuals and organizations Nechin critiques is precisely that they reject working within the Israeli political consensus. Some, like Peter Beinart, are fully knowledgeable about it, and have deliberately moved out of that consensus, for reasons he’s written about at length. Others identify exclusively with the Palestinians because of their status as an oppressed people.

Sometimes we in the “moderate” left and they on the “far” left support the same organizations, such as B’tselem and Combatants for Peace. Perhaps the most visible red line between us is their support for, and our opposition to, the supremely ineffectual Boycott, Divestments, and Sanctions (BDS) movement.

I absolutely agree with Nechin’s call for the (far) left to “set aside their ideological purity obsessions and work with Israel’s center left, who sit in the new government too.” But their refusal to do so is what defines them. As they well know, there is already an energetic moderate left, closely tied to the realistic, on the ground Israeli political and NGO ecosphere. That is what they reject.

The moderate American Jewish left will necessarily have to work harder in the coming period to define itself vis-a-vis the rise of the farther left, as it has traditionally done with regard to the center and the right. But what Nechin wants to see already exists. Those who reject it have consciously made their own choice. 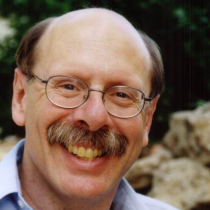