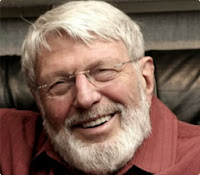 The memory is clear, the fear still palpable.
“We looked from behind our curtains, and in the street we saw the hardware rumbling past — the cannons, the machine guns, and the open limousines with Goering and Hitler,” Theodore Bikel says. “We trembled. And within days the expected and feared happened.”

Three-quarters of a century have passed but the memory of the Anschluss, of the Nazi
takeover of Bikel’s native Austria is still fresh.
But, as Bikel told an audience of dignitaries in Vienna last month, “The mass murderers are gone and I’m still here, singing the song of freedom and peace.”
He made that statement of defiant triumph as the guest of honor at a commemoration of Kristallnacht, and will undoubtedly reaffirm it in front of another, more celebratory crowd on Dec. 2, when the Folksbiene Theater recognizes the singer-actor on his 90th birthday.  . . .

Click here for the rest of Robinson’s article.  Happy Thanksgivukah!