I had a hard time initially with the Off-Off-Broadway New York production of “Martyrs Street,” which a few of us at PPI saw together late in April; but it was not nearly as hard for me as it was for a number of people who angrily walked out on the “talk back” panel after.  Panelists included a variety of Jewish and Israeli activists (including PPI’s own Maya Haber) who reflected upon what has motivated them into their peace activism, including frustration at Israel for its continuing occupation of the West Bank and outrage at last summer’s invasion of the Gaza Strip.  This obviously upset those in the audience who left most conspicuously — two of whom voiced their dissent as they exited.

What disturbed me about the play was that the settlers were depicted as embarking on terrorism against Israelis, when in fact the worst of them have engaged in what we can call terrorism and hooliganism against Palestinian Arabs.  (Yes, I know that this was meant to be fiction.)

The political environment portrayed in “Martyrs Street” is completely different from Israel’s current reality, with the pro-settler movement basically being in the driver’s seat.  The play described the radical settler community in Hebron under siege by the IDF and Shin Bet, with an Israel about to evacuate settler homes there.  This is what should have happened in 1994 in the wake of Baruch Goldstein’s massacre of 29 Muslims at prayer in a mosque.

Yitzhak Rabin’s failure to do what Meretz and other doves were suggesting, to forcibly remove settlers from this area (Hebron and/or nearby Kiryat Arba, where Goldstein had resided) fueled the Hamas and Islamic Jihad acts of terror against Israelis that ultimately undermined the Oslo peace process.  Such resolute action against the Jewish extremists would not have guaranteed that Palestinian terrorists wouldn’t have struck anyway, but it might have lessened the fervor of violent Arab extremists.

It seems plausible (as I’ve heard) that the Hamas master bomb-maker, Yihyeh Ayyash (known as “the engineer” and mentioned in the play) was persuaded to embark upon his career as a terrorist because of the Goldstein incident.  Ayyash’s death in a Shin Bet operation (an exploding cell phone in January 1996) proved pivotal in the unwinding of the Oslo peace process, as it inspired a series of dramatic retaliatory attacks in Jerusalem and Tel Aviv (murdering 60 everyday bus riders and pedestrians) that in turn enabled Benjamin Netanyahu to narrowly defeat Shimon Peres in May 1996, with all the ensuing consequences of an Israel led by a new prime minister who didn’t support Oslo.

The “talk-back” panel was moderated by the playwright, Misha Shulman, an Israeli-American who has served as an IDF officer.  The celebrity panelist was Avraham Burg, a former head of the World Zionist Organization and a once leading Member of Knesset who served as Speaker and came very close to being elected chairman of the Labor Party in 2003.  Since leaving politics, he has become an outspoken and controversial critic of Israel and Zionism, in speaking appearances, articles and books (especially, The Holocaust Is Over: We Must Rise From its Ashes, 2008, MacMillan).

Burg did not really answer my question as to what he might have done in office if he had won the Labor Party primary and gone on to be elected prime minister.  Instead, he attacked his former party as “the mother of settlements.”  And it is true that settlements began under Labor’s leadership when Nahal security settlements were established in what were considered strategic areas; it is also true that successive Labor governments in the late ’60s and early to mid ’70s allowed zealous religious settlers (who morphed into the militant Gush Emunim movement which inspired Goldstein and other Jewish terrorists) to move into the Hebron area, including Kiryat Arba.  But Labor acted more out of a failure of resolve to confront the settler movement than as their allies.  Labor can and should be faulted for this, but it is typical of Burg to ignore this level of detail in the interest of delivering a powerful statement. 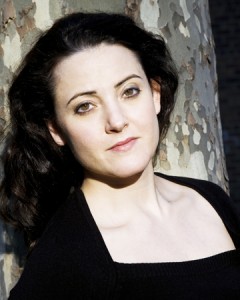 Since I’m a stickler for accuracy, I often have trouble with fictional treatments of recent history and current events that I’m familiar with.  So playwright Shulman’s depiction of extremist settlers sending a Jewish suicide bomber against an Israeli peace rally (davka, equipped with a suicide belt purchased from a Hamas bomb-maker) sorely challenged my play-going suspension of disbelief.  I also did not see it as credible that the woman in the Jewish terrorist cell would form an emotional bond with a neighboring Palestinian woman.

But the playwright’s flight of fancy did not emerge from thin air: a grenade tossed by an Israeli Jew at a peace rally in 1983 killed Emil Grunzweig (Avraham Burg happened to be among the nine other peace demonstrators wounded in that incident).  And then, of course, we have the horrendous precedent of Prime Minister Rabin being assassinated by a Jewish extremist at a massive peace rally in 1995.

Regardless of my quibbles, the play mostly worked as theater, with the second act gripping in its tension.  Maria Silverman, who received top billing, was remarkable as the Palestinian neighbor who was also the anguished, disapproving mother of a Hamas terrorist.