Hannukah & history: the pride & the pity

Hannukah & history: the pride & the pity 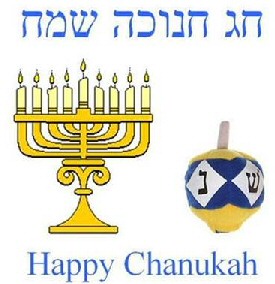 This is a reprise and slight update of past postings about Hannukah.  It comes every year, after all, and its bottom-line lesson for us has not changed:

History is of necessity an interpretive process, and these interpretations often spawn self-serving myths. National myths are not usually complete fabrications, but they tend to romanticize and sanitize real events.
The traditional Hanukkah story is a source of pride for the Jewish people. We are taught that a small army of freedom fighters, the Maccabees, led by the heroic priestly family of Mattathias and his seven sons, successfully resisted the cruel pagan tyranny of the ancient Greco-Syrian Seleucid dynasty. This is not untrue, but it’s only part of the story.

We are usually not taught the far more complex reality that the Maccabean war of liberation was also a civil war between rural “fundamentalist” religious adherents of the old order and the more educated and cosmopolitan Hellenized Jews of the city, who voluntarily and eagerly embraced

the Greek culture of the Syrian empire. The Maccabees surely killed many of these “liberal” Jews in their struggle.

It is ironic that the Hasmonean family— the Maccabees’ ruling dynasty— within one generation of their victory for Jewish values over Hellenism, was taking Greek names, speaking Greek and transforming Judea into a Jewish Hellenistic kingdom.  These rulers alienated the masses of the Jewish people by extreme acts of cruelty and debauchery. Their military prowess ultimately undermined their rule, as conquered peoples were converted to Judaism by the sword; Herod emerged from one such Judaized people to marry his way into the Hasmonean clan and murder them into extinction. Herod’s disastrously bloody reign led to Judea’s disintegration as an independent state and its domination by Rome.

Nevertheless, the Maccabees were brave and valiant warriors who did in fact win great victories over a powerful and authoritarian foreign enemy. But to take this snapshot in time as the whole picture is to accept a one-dimensional myth. For some of the reasons mentioned, Rabbinic Judaism accorded Hanukkah a minor religious status. (For example, although obligated to light the Menorah for eight nights, there is no requirement for religious Jews to refrain from work.)

When considered within its historic context of bloody Jewish civil wars and despotic rule, both embedded within the Hanukkah story and in the eventual downfall of Judea within its wake, Hanukkah provides a cautionary tale. Sixteen years after the assassination of Yitzhak Rabin, we should be warned against the dangers of fratricidal hatred, of demonizing our political foes, and of failing to understand the need at times for compromise and accommodation.  Many of us have not yet learned this lesson.  Khag Sameakh!