Hagar Association: An Oasis of Shared Society in the Negev

Hagar Association: An Oasis of Shared Society in the Negev

With 60 percent of Israel’s land mass and 10 percent of its population, the Negev is on the cutting edge of a new multicultural society in the making. It is home to 422,000 Jews and 250,000 Arabs, but shift the boundary a bit southwards and the population mix is closer to 50/50. Its demographic heartland, the northern Negev, is a region of striking paradoxes, from the greater Beersheva metropolitan area with its shopping centers and hi-tech startups to the infrastructure-starved Bedouin towns of Tel Sheva and Bir Hadaj; from the kibbutzim of the Western Negev with their citrus groves and wheat fields to the dusty, development town streets of Ofakim and Yeruham. And as the growing Bedouin population and the proliferating infrastructure needs of an expanding, postindustrial economy compete for finite land resources, the area has also become a social tinderbox.

The flare-up of violence in Um El Hiran that left a Bedouin teacher and a Jewish policeman dead last year is but a promo for one possible future.  But a visit to Beersheva, the economic and administrative nerve center of the northern Negev, points to a very different vision. The pulse of the city is driven by interaction between Arabs and Jews. You see it in the downtown business district where Bedouin law offices with Russian-speaking secretaries stand next to hookah bars and kosher falafel restaurants. You see it in the Arab and Jewish research staff at Ben-Gurion University and ethnically diverse medical teams at Soroka Hospital. The region’s signature economic development initiative, the Idan HaNegev industrial park, is a joint venture between Rahat, the world’s largest Bedouin city, and the kibbutzim and moshavim of the Bnei Shimon regional council.

Hagar – Jewish-Arab Education for Equality was founded as the educational platform for this new, multicultural paradigm. A visionary group of Arab and Jewish parents and social activists came together some 12 years ago to plant the seeds of a new, bilingual school system, because they wanted their children to have the opportunity to get to know the ‘Other’ from a young age and, by learning together, see Arabs and Jews living together as simply the way things are.

Arab-Jewish schools, to be sure, were not new. The Neve Shalom school near Ramle had already been operating for some 20 years by then and Hand in Hand’s Jerusalem and Galilee schools for about ten, but Beersheva was largely uncharted territory. With the Negev’s more religiously-traditional population – both Jewish and Arab – its right-wing voting patterns, and a less than cooperative municipal leadership, Beersheva was not the likeliest venue for a shared society initiative of this type. But Hagar’s founders identified a need others had missed. Starting with a single kindergarten class, the school now serves 350 Jewish and Arab children, from preschool through sixth grade, with a new class opening every year. This year, the school opened a new, state-of-the-art preschool facility – with assistance from the US Agency for International Development (USAID) – the first multi-age bilingual early childhood education center in Israel. And parents are now pressing the city to open an additional pre-K class.

As Hagar grows, people are starting to take notice. In November, Israel’s president, Reuven Rivlin, invited Hagar’s students to lead the official state ceremony in memory of the late Prime Minister Yitzhak Rabin in both Arabic and Hebrew – an historical first. And our students aren’t afraid to speak up when they see injustice. When bus stop announcements in Arabic were removed from buses in Beersheva following public complaints, our fifth-graders wrote the mayor about their unhappiness, and were invited to meet with him to discuss their concerns.

On Purim, hundreds of Hagar children, parents, and teachers marched through the neighborhood in festive costumes. The neighborhood (known as shikun gimel), mind you, a poor, working-class area of Beer Sheba, is not a naturally hospitable place for bilingual education. But Hagar has become an integral part of the community. Looking forward, Hagar’s deputy director, Karen Abu Adra, envisions the school as an Arab-Jewish community center, open to the general public for cultural activities, language instruction, and youth programs. Mean­while, preliminary negotiations are underway with the Israel Scouts Movement to establish the world’s first bilingual Jewish-Arab Scout troop, in partnership with Hagar.

Having established itself as a legitimate alternative on the city’s educational landscape, Hagar has now set its sights on bringing the values of multiculturalism to other schools in the region – and to the country at large. With the help of a grant from the European Union, Hagar has published an outstanding bilingual and multicultural anthology of children’s stories, Sweet Tea With Mint, about the experiences of Jewish, Muslim, and Christian children and the holidays they celebrate. Written by the country’s top authors in the field and tastefully illustrated, each story appears in both Arabic and Hebrew, making it accessible to both Hebrew- and Arabic-speaking schools. A major marketing effort to school principals is now underway, with at least 10 schools expected to sign up over the next year. The first training of teachers from 17 different schools in Jerusalem took place in March.

Bilingual education is a lofty ideal, but making it work on a day-to-day basis is a challenge of epic proportions. It means holding together an educational commu­nity of Jews and Arabs who share neither a mother tongue nor a religious tradi­tion, neither national symbols nor historical narratives; communities that read different newspapers, get their news from different TV stations, and rely on different cultural points of reference. And it all takes place in an atmosphere of growing political polarization in Israel and periodic exchanges of rocket and artillery fire with Gaza.

There is no magic formula, but there is an answer with deep roots in Hagar’s organizational culture: dialogue. We are all products of our social upbringing and have preconceived ideas of who the other side is. Our diverse staff members therefore undergo ongoing training that enables them to teach effectively in a multicultural environment. Hagar’s dialogue takes place within the hugely popular community activities it organizes, including field trips, picnics, and joint holiday celebrations that bring together hundreds of parents and children. It also takes place as part of the parents’ intense involvement in school programming.

When the first Gaza war broke out in 2008, just two years after Hagar had been founded, reactions from our staff and families threatened to shut us down before we even got on our feet. By creating an atmosphere that encouraged open, honest dialogue, we not only survived, we thrived. The Arabs and Jews of Hagar do not aspire to unanimity, consensus, or even compromise on the hot-button issues of national identity that divide them. But they know that, in the end, they can use the citizenship they share to choose between two possible futures – one in which their children flourish together, and another in which they struggle against each other.

Hagar is not just a school. It is a community of over one thousand family members. A community that welcomes all. Many of our families call Hagar a home, a haven from the harshness of society. When a three-year-old Arab girl and her family were told by parents at another preschool that “her kind” was not welcome, Hagar welcomed them. We embraced an LGBTQ couple raising their young children who found more than a school, but a home, made all the more concrete by the outpouring of support when one partner was tragically killed. Hagar’s community is diverse, activist, and active. Our community events are planned and carried out by an all-volunteer parent committee that is committed not only to having fun activities but to facilitating true relationship building.

Keeping the project going is also a financial struggle. The whole operation is managed by a part-time skeleton office staff engaged in a Darwinian competition for scarce philanthropic dollars. To stay afloat, Hagar is reaching out to the Negev business community, raising funds and raising awareness of the critical role the school plays in the region’s shared-society ecosystem. In the end, however, what sustains Hagar is the knowledge that we are part of something bigger than ourselves: a new, multicultural society in the making.

To learn more about Hagar, visit us at https://www.hajar.org.il/en/home/ 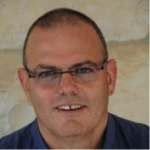 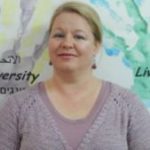 Sam Shube is Executive Director and Karen Abu Adra Deputy Director and Director of Partnerships and Development of Hagar – Jewish-Arab Education for Equality.