Ha’aretz article: ‘Save Meretz, save your soul’

Ha’aretz article: ‘Save Meretz, save your soul’ 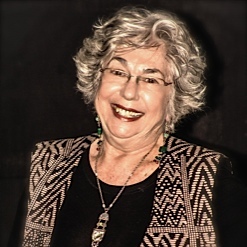 Naomi Chazan advised us yesterday that Meretz is currently polling at between five and six seats, but if the recent upsurge of support for the Herzog-Livni “Zionist Camp” list costs Meretz many votes at the last minute, as has happened in the past, Meretz could fail to make the now higher (3.25%) vote threshold to make it into the Knesset.  This would cost the center-left peace camp as many as four seats — a disaster, in other words.

This Ha’aretz writer, Sefi Rachlevsky, implores readers to “Save Meretz, save your soul.”  This article begins as follows:

Meretz is at risk of not reaching the electoral threshold. In the last election, it received 176,000 votes. But in the last election, there was no battle over the position of prime minister. This time there is. As a result of a shift by some Meretz voters to Zionist Union, Meretz is expected to get only around 150,000 votes — only 20,000 votes above the minimum — giving it around five Knesset seats instead of the six it has today. If, as in past elections, significantly more Meretz supporters switch to Zionist Union at the last moment “to save the homeland,” the homeland will suffer.

The size of the biggest party is critical this time, but if four Knesset seats are “lost” because Meretz fails to pass the vote threshold, there will be no electoral upset. It’s cut and dried. Therefore, supporters of both Meretz and the Joint List — who were justifiably appalled by the alliance of Arab parties’ separatist error of refusing a surplus-votes agreement with Meretz — must see to it that Meretz exceeds the threshold, for the sake of the upset.

The importance of Meretz in achieving the upset goes hand in hand with what it would mean for the party to miss the threshold: Imagine the crowing of Baruch Marzel the Kahanist and others of his ilk, and it’s clear that must not be permitted.  . . .

Postscript: And there’s this opinion article in Ha’aretz today, by an Israeli Arab citizen who was convinced by the Arab list’s rejection of an excess votes agreement with Meretz, to vote for Meretz: Why I’m voting Meretz and not for the Arab ticket

The Joint List includes not only the equivalent of Yisrael Beiteinu of the Arab street, in the form of the Arab nationalism of Balad; but also the racist parallel of Habayit Hayehudi in the shape of the Islamic Movement.

That is why, for a sane country and equal citizenship for everyone, I have decided to vote for Meretz.