Gershom Gorenberg: ‘This is Your Brain on War’

Gershom Gorenberg: ‘This is Your Brain on War’ 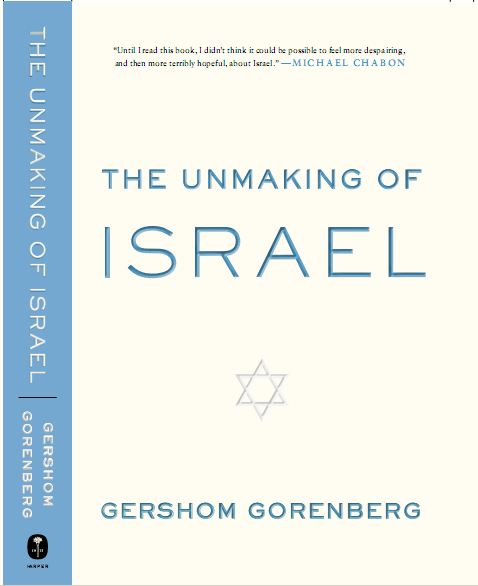 The following is an abridged version of Israeli journalist Gershom Gorenberg’s column, dated July 23, at The American Prospect, “This Is Your Brain On War,” (“Why both sides in the Gaza conflict see irrational decisions as reasonable”):

. . . The Israeli prime minister has several agencies that map the fissures between and within Palestinian organizations. But that advice has to overcome the monolith bias, which is usually fiercer on the political right. In June 1982, when Israeli ambassador to Britain Shlomo Argov was shot, intelligence officials told then-prime minister Menachem Begin that the Abu Nidal group—an extreme Palestinian faction bitterly opposed to the PLO—was responsible. Begin responded, “They are all PLO,” and broke a ceasefire with PLO forces in Lebanon. So began the First Lebanon War.

Fast forward to last month: After the kidnapping of three Israeli teens, Prime Minister Benjamin Netanyahu laid the blame on Hamas as an organization, ordered a massive round-up of Hamas figures in the West Bank, and asserted that the Palestinian Authority shared responsibility because the kidnappers, who subsequently murdered the teenagers, came from its territory. As former general Shlomo Brom told me this week: “There’s still no evidence that the attack was the result of an order from the Hamas military command or political leadership… All the signs point to it being local initiative.” That is, a group of militants acted on its own, possibly because it saw Hamas as becoming too pragmatic, too moderate. Netanyahu cynically exploited that terror attack to crack down on Hamas, but the blanket accusation fit his monolith bias.

Second: Here’s another distortion, . . . : judging the decision in the narrow context of the moment in which it was made. For instance, the Israeli cabinet ordered the first stage of Operation Protective Edge, the air offensive against Gaza, after Hamas began firing dozens of rockets a day at Israeli cities. Look at that precise moment, orphaned from any chain of events, and it sounds reasonable that the Israeli government had to do something against the rain of rockets.  Indeed, it’s hard to imagine any elected government telling citizens living with a routine of air-raid sirens, dashes for cover, and explosions that it has decided to just wait things out and pray that the missile defense system doesn’t miss a rocket en route toward a mall, hospital or bus.

But there was a chain of events. To go back only a few weeks, there was the kidnapping itself, whose perpetrators quite likely sought to set off escalation. There was the Israeli response, which unwisely provided the escalation. Armed factions in Gaza that only sometimes accept Hamas authority exploited the heated atmosphere by launching rockets at Israel, violating a previous ceasefire. Israel carried out air strikes against those groups—but also against Hamas which, after all, governs Gaza and didn’t crack down on the free-lancers. Instead of restoring quiet, Hamas began firing its own rockets. If challenged on that decision, the Hamas leaders involved would undoubtedly respond: Did you expect us to do nothing?

This points to another flaw in retrospective rationalization: Assuming that the only alternatives were the one taken and doing nothing at all. Last week, for example, the Israeli cabinet decided on a ground offensive in Gaza. Not only had Hamas rejected an Egyptian ceasefire proposal, a squad of its fighters used a tunnel from Gaza to surface in Israeli territory. Israeli troops thwarted that attack. But it concentrated attention on the threat from an unknown number of cross-border tunnels that Hamas has laboriously built—using Gaza’s scarce concrete supplies for offense rather than civilian needs or bomb shelters. Even Israeli Justice Minister Tzipi Livni, often the last responsible adult in the cabinet, concluded that the only option was to send ground forces into Gaza to find where the tunnels began. And many of them start inside the crowded buildings of Gaza’s Sajaiya neighborhood.

Brom, the former head of strategic planning in the Israeli general staff, quietly points out that there was another immediate military option: to deploy more defensive forces within Israel near the Gaza border in order to foil attacks from tunnels. That would have risked Israeli losses, since gunmen surfacing at an unexpected spot have the advantage of surprise. But the invasion certainly risked losses. In fact, it’s when the army began suffering significant casualties.

People don’t suffer equally from the biases I’ve described. A good working hypothesis is that they correlate with hawkish—which usually means conservative—politics. Alas, another cognitive reflex seems nearly as common among self-described progressives: assuming that if one side is wrong, the other is right. Call it moral zero-sum thinking: If Israel is ignoring the cost in lives of bystanders in Gaza, if it has for too long avoided a two-state agreement, so the flawed reasoning goes, then Hamas is justified in its actions. That perception also collapses with a moment of clear thinking. Hamas’s rigid political theology has done nothing to get Palestinians closer to a just political outcome. Its willingness to make the civilian population of Gaza hostage to its military strategy is indefensible. In a war—in this war—both sides can, in fact, be wrong.

If all-too-human blindness to alternatives has led us into this tragedy, the proper response isn’t despair. It’s to look for better options, for diplomatic opportunities, that are being ignored right now.   . . .