Eyes Right! A Leftist Looks at the Israeli Right
By Paul Scham

We have all now recognized that, despite our best efforts, the once progressive State of Israel is currently heavily tilted towards the right. The remnant of the left is now, urgently and appropriately, asking itself “What is to be done?” I don’t claim to have the answer, but I do believe that analysis precedes action, or at least it should. It is a fact that there are several different kinds of “right” in Israel, and we do ourselves no favors by lumping them together and making broad generalizations that do nothing for comprehension nor political action. Obviously this analysis is not an exact science: this is simply how I see it.

First, we have to look at the dimensions of the problem. With a new election scheduled for Nov. 1, the political temperature is continually being measured. The polls have been fairly consistent; the numbers I am using are from the Ma’ariv  poll of Sept. 2. They are good enough to indicate where political strength is now (the various rightwing and Haredi parties and perhaps the center) and where it isn’t (the left).

First, there is the pro-Bibi vs. anti-Bibi right. Pro-Bibi of course starts with the Likud (31), which has long since been purged of anyone not absolutely in favor of Netanyahu. There is also the recently re- united Religious Zionism/Jewish Strength list (13), whose most notorious figures are Bezalel Smotrich and the neo-Kahanist Itamar Ben-Gvir. They are continually pushing the boundaries of the extreme right; Ben-Gvir could be considered an Israeli Marjorie Taylor Green, while   Smotrich’s latest call is to remove Israeli citizenship from those deemed “insufficiently loyal.” They were each thinking of running in separate parties, which Bibi quashed because he was afraid that one or both might drop below the 3.25% minimum threshold for entering the Knesset. Anything below that mean your votes are lost, and in an evenly divided Knesset every vote counts.  Bibi promised the Ben-Gvir and Smotrich ministries of their own if he forms a new coalition, so that government would be far more beholden to the far right than any previous one.

The pro-Bibi Haredi (“ultra-Orthodox”) wing of the right includes Shas (8) and United Torah Judaism (6). Shas is Sephardi (Mizrachi) and leans heavily on the ethnic issue; thus its voters are primarily religiously traditional, not themselves Haredi. Its priority is usually getting money for its extensive independent school network, Ma’ayan, but some of its younger male voters are being wooed by the political radicals of Religious Zionism. UTJ is Ashkenazi Haredi, but may be on the verge of splitting into its constituent Hasidic (Agudat Yisrael) and anti- Hasidic factions (Degel Hatorah) factions, the latter also known as Lithuanian. Should they indeed split, Bibi’s dreams of returning to power may be dashed, because one or both of the factions may fall below the minimum vote threshold.

The solidly pro-Bibi parties currently total 58 seats in the polls, assuming UTJ doesn’t split and fall below the threshold. That is close to the magic 61 needed to form a government, but not quite there. Defectors from either side are possible but unlikely. If no potential coalition reaches 61, Israel goes to the polls next year for the sixth time in four years.

The anti-Bibi right consists largely of former close associates of Bibi who became disgusted, not so much at his politics, which they share, but at his character and anti-democratic leanings. These include Avigdor Lieberman’s Yisrael Beiteinu (5), a fixture in Bibi’s governments for years until Lieberman finally refused to join in 2019. The party is staunchly secular and its voters have traditionally been immigrants from the former Soviet Union. In 2009 YB used fiery anti-Arab rhetoric to get 15 seats, but its rhetoric and strength have both since moderated.

Until recently, there was a party of rightist anti-Bibi Likud defectors, led by Gideon Sa’ar, a former close Bibi associate, but that is now smushed into a new party whose name is generally translated as “National Unity” (Hamachaneh Hamamlichti-13). It also includes former Army chiefs of staff Benny Gantz and Gadi Eisenkot, who are usually classified as centrists or center right. They are presumably staunchly anti-Bibi but by no means at all left; they will certainly shy away from any change in the status quo regarding the occupation.

Until recently this camp included the remnants of the Yamina party of former Prime Minister Bennett, who has left politics, at least for this election. His former no. 2, Ayelet Shaked, until recently a star in her own right, formed a new party named Zionist Spirit, which is now well below the threshold and probably won’t recover.

The biggest force in the center, whom some leftists would place on the right, is Prime Minister Yair Lapid’s Yesh Atid (24). Lapid would presumably be prime minster again if the anti-Bibi camp reached 61.  In order to do that he’d have to pick up enough seats from the two parties of the left, Meretz (5) and Labor (5), who are being urged to run together or else face the possibility of falling below the threshold. The Lapid coalition would be joined by the United Arab List (4), an Islamic party, which was part of Bennett’s coalition but also faces stark threshold problems, with no party likely to merge with it.

Alert readers will have noticed that the pro-Lapid, anti- Bibi parties have 56 seats according to the poll, while the pro-Bibi’istim have 58. The 6 missing seats are projected to go to the Joint List, a leftwing grouping of three predominantly Arab parties that opposes both Bibi and Lapid.  They would never join Bibi (nor would he have them) and are almost equally unlikely to join Lapid. Thus, if these poll numbers hold, Israel is bound for another election next year. However, betting on the situation not changing in Israel is never a good idea, nor is this article intended to be about election prognostication, but rather about the Israeli right.

This snapshot indicates that the center-right, right, and Haredi parties have 76 seats, nearly 2/3 of the total, with the majority of the remainder in the center and only 16 on the combined Zionist and non-Zionist left. Even if the anti-Bibi coalition wins through one or more of Bibi’s parties failing to reach the threshold or some other reason, the resulting government would be skewed center-right, as was Bennett’s. I support Meretz and Labor’s decision to go into coalition with Bennett and now Lapid, but the left cannot get anywhere when its only victories consist of occasionally moderating rightwing initiatives.

Why has Israel turned so fiercely to the right? Part of the answer is obvious; the failure of the Oslo peace process in the 1990s and the resulting Second Intifada spooked many Israelis who had supported the peace process. The botched Gaza “disengagement” and Hamas’s rockets were a disaster as far as Israel’s perceptions of the Palestinians were concerned, as has been Mahmoud Abbas’s feckless government. And, to be honest, we have to recognize that terrorism is down and the Bibi-Trump Abraham Accords, derided by the left because the Palestinians were not included, have succeeded, and Israelis feel themselves at peace with much of the Arab world.  The status quo seems to be working for everyone except the Palestinians—and most Israelis think that is their own fault. The left is largely identified with failed peace processes. Though Meretz has emphasized issues like LGBTQ+ rights, which are popular, it has gained little traction from the issue. The country feels itself largely prosperous, despite the large income inequality gap.

There is also the religious issue, which is partly demographic. The Haredi part of the population is growing faster than anyone else and much of the rest of the population is more religious than a generation ago, even if not Orthodox. The left is traditionally considered alienated from religion, and often accused of lacking a feeling of respect and warmth for Judaism. More cynically, Netanyahu has consistently been willing to pay the financial price of having the Haredim in his governments. Moreover, though Shas has a detached attitude towards Zionism and the Ashkenazi Haredim are traditionally anti-Zionist, youth in both groups are attracted to the “Hardal” (Haredi and nationalist) ideology, which used to be a contradiction in terms but is now an important political phenomenon. The moderate religiosity (despite political extremism) championed by Naftali Bennett seems to have disappeared with his political demise.

Thus, there is no easy answer as to what the left could do to renew itself. There will presumably be a new Palestinian leadership in the near future (President Abbas is now 86), but that is unlikely to turn around Israeli attitudes anytime soon. Bibi himself is now 73 and cannot last forever, but even if his personal brand of political venality and duplicity does disappear with him, the underlying ideology remains.

But I do know that things change, often faster than can be believed—and not always for the worse. Whether its cause is generational, economic, cultural, climatic, or something else, the future is guaranteed to surprise us. And so I remain genuinely hopeful.

With that, I want to wish all our friends and supporters a Shanah Tovah, hope that our own lives will be happy and successful in 5783, and that it will be a much better year than we fear. 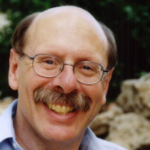 Paul Scham is a non-resident scholar at MEI and the director of the Gildenhorn Institute for Israel Studies at the University of Maryland, where he is a professor of Israel Studies. He is also president of Partners for Progressive Israel, an American NGO. The views expressed in this piece are his own.